From the Waterfront Workers History Project 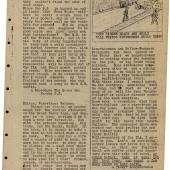 10/03/2016
Here are full copies of the rank and file Pacific Coast International Longshoremen's Association Newspaper (1932-1936) From 1932 to 1936, the Waterfront Worker served as the unofficial voice of the Pacific Coast International Longshoremen's Association (ILA)'s militant rank-and-file. With firebrand rhetoric and creative cartoons, the paper preached working-class cohesion, racial solidarity, and progressive politics. The Waterfront Worker was published in San Francisco and six editions were published in Seattle. The paper was not an offical ILA paper, but nevertheless provides insight into the struggles, sucesses, and attitudes of many radical rank and file members. These fully readable digital copies are courtesy ILWU Archive, San Francisco. Copyright (c) reserved. Special thanks to ILWU archivist Gene Vrana for making this digitization project possible. 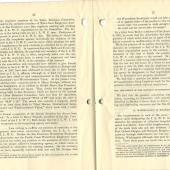 Documents from the ILWU Archives 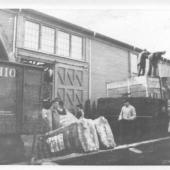 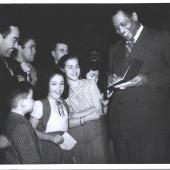 Photographs from the Ross Rieder collection 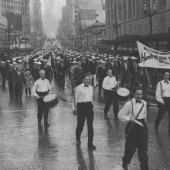 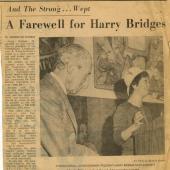 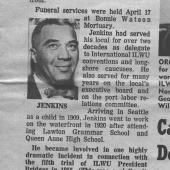 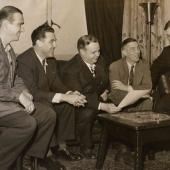 10/03/2016
Born in 1911 in Iowa, Jerry Tyler left home during the Great Depression and lived on the road, working odd jobs, before sailing with the Merchant Marine during WWII. During the war, Jerry was introduced to trade unionism through the Marine Cooks and Stewards Association of the Pacific (MCS), and joined the Communist Party (he left the Party later in the 1950s). As the elected secretary of the CIO Industrial Union Council in the late 1940s, Jerry produced a twice weekly radio program, "Reports from Labor." Later, Jerry went to work longshoring with Seattle's ILWU Local 19, serving as vice president of the local in the mid-1960s. He retired in 1974. A writer for much of his life, he authored pulp stories in the late 1930s and 40s, wrote a stewards department newsletter for the MCS, and edited "The Hook" newsletter for Local 19. Jerry passed away in 2005. Most of the photos in the collection date from the 1940s, and are courtesy of Jerry's daughter, Judy A. Johnson.Copyright(c) Reserved. See Waterfront Workers History Project 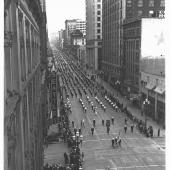 Museum of History and Industry Collection 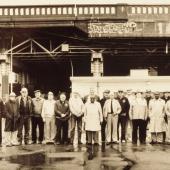 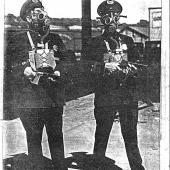 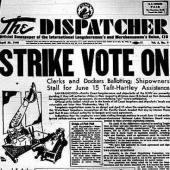 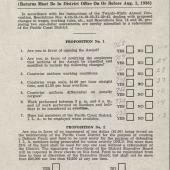