Scanning People with an Xbox 360 Kinect

Recently in the lab, we’ve set up a turntable and an Xbox 360 Kinect on a linear rail in order to do full, 360° scans of people! 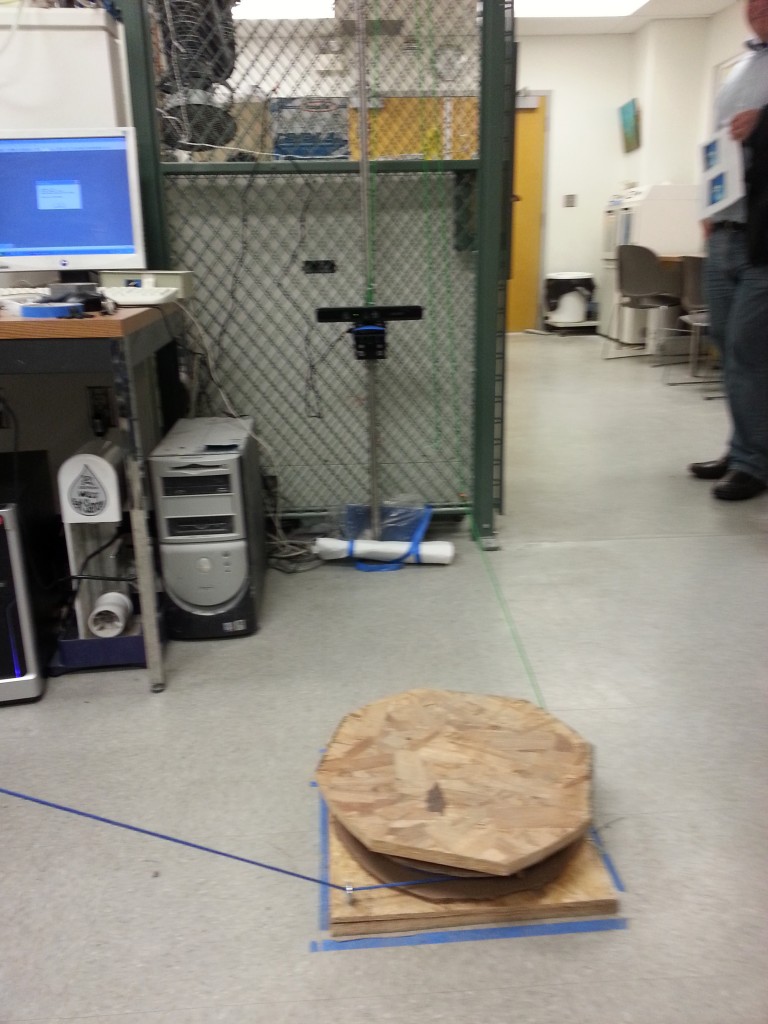 The turntable was built from a $10 bearing from the hardware store, and some bits of wood and hardware lying around the Mechanical Engineering building. 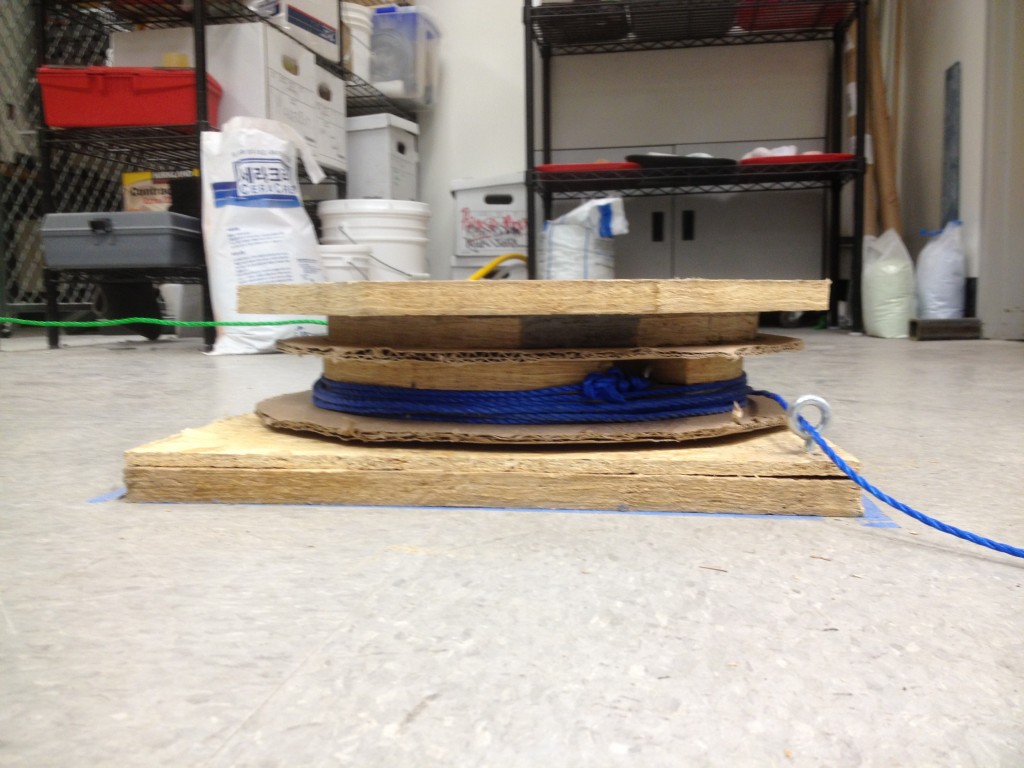 The person being scanned stands on the turntable while a second person pulls the blue cord to spin them around. As the turntable spins, it draws the Kinect up from the floor. 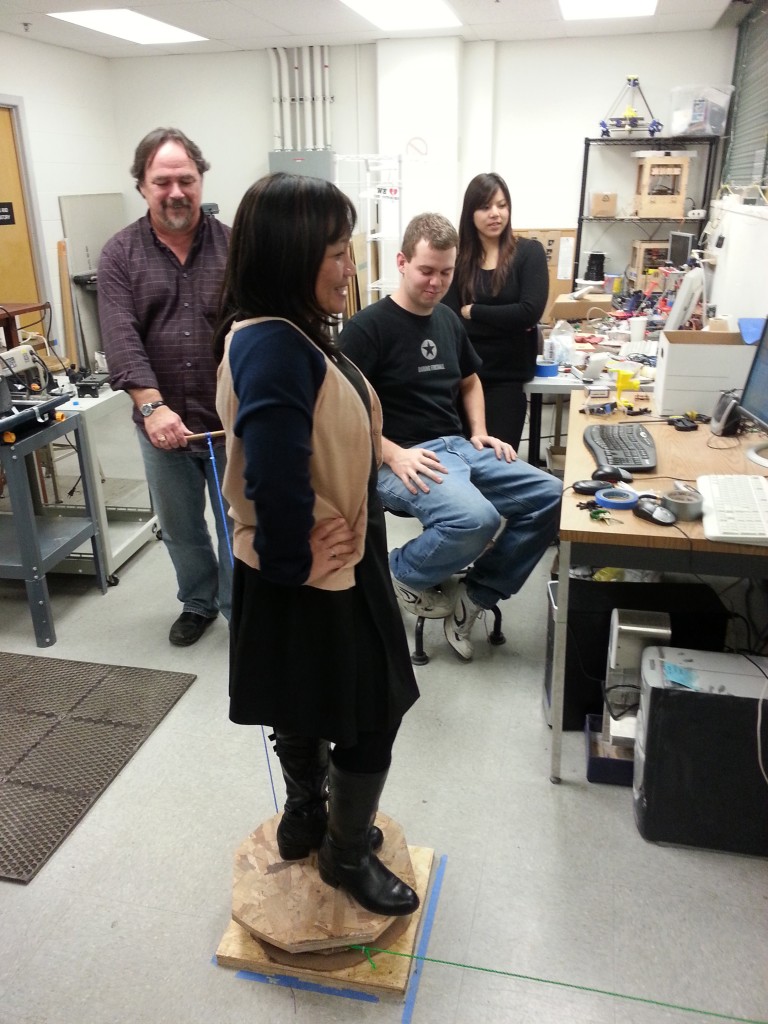 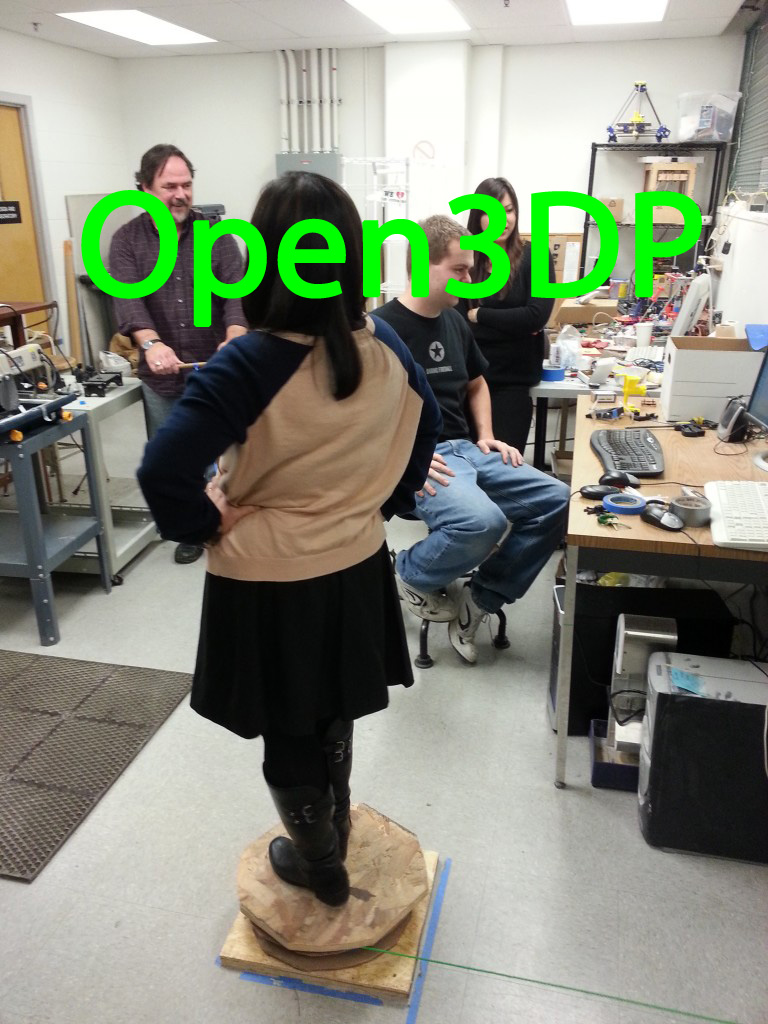 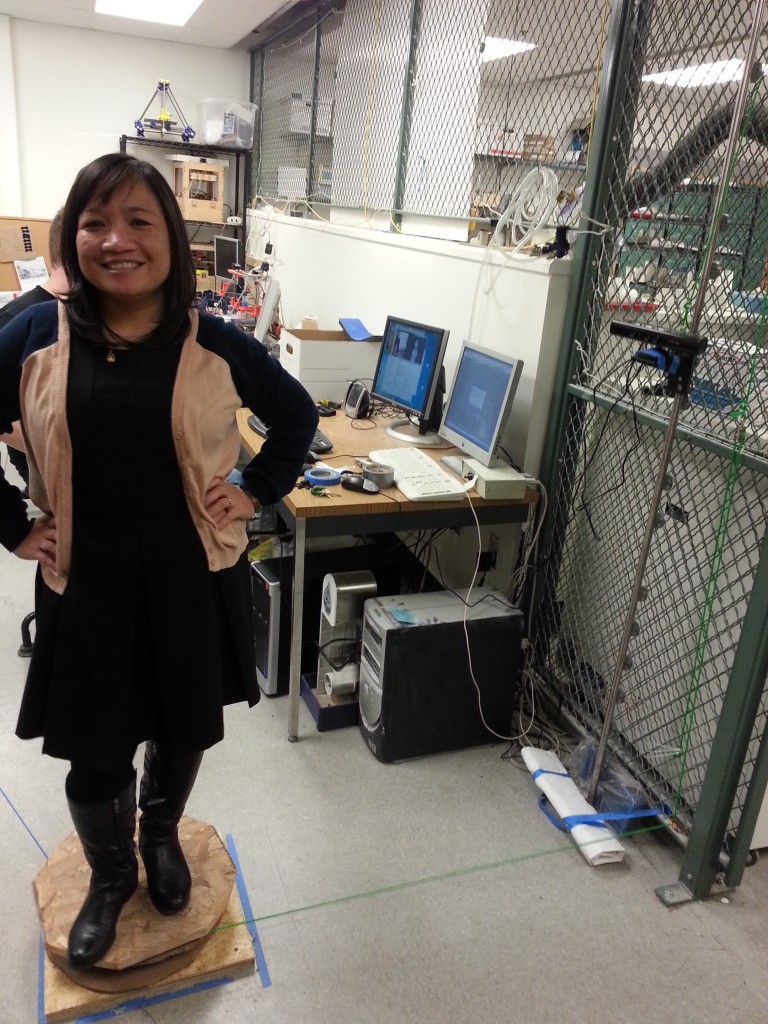 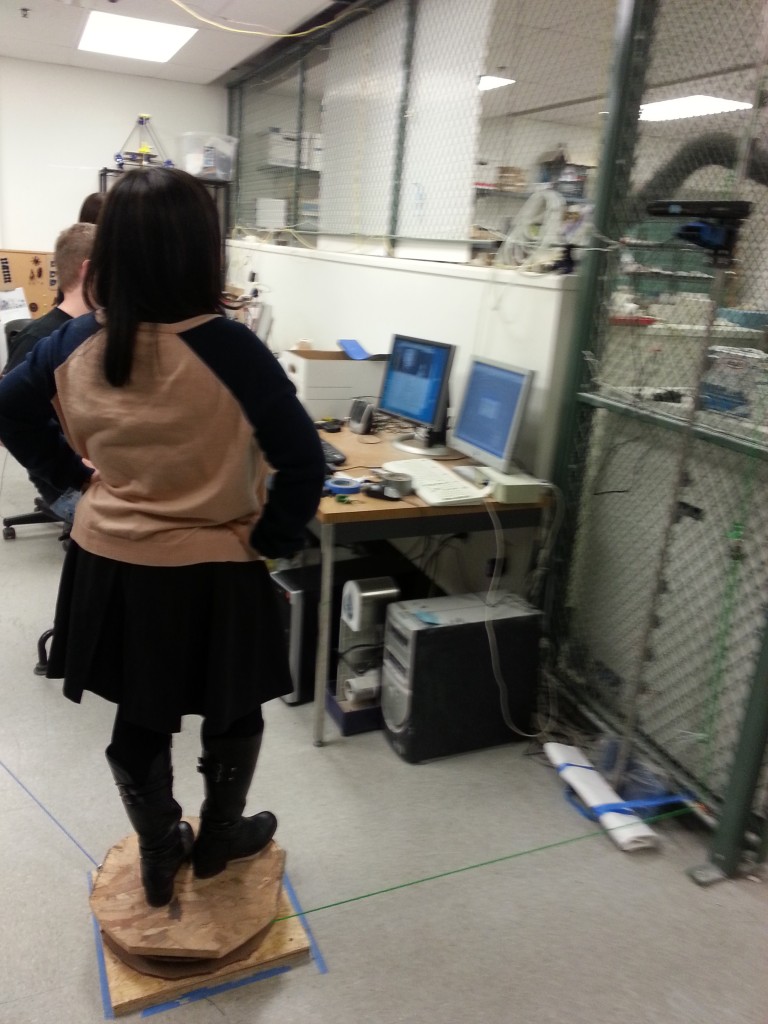 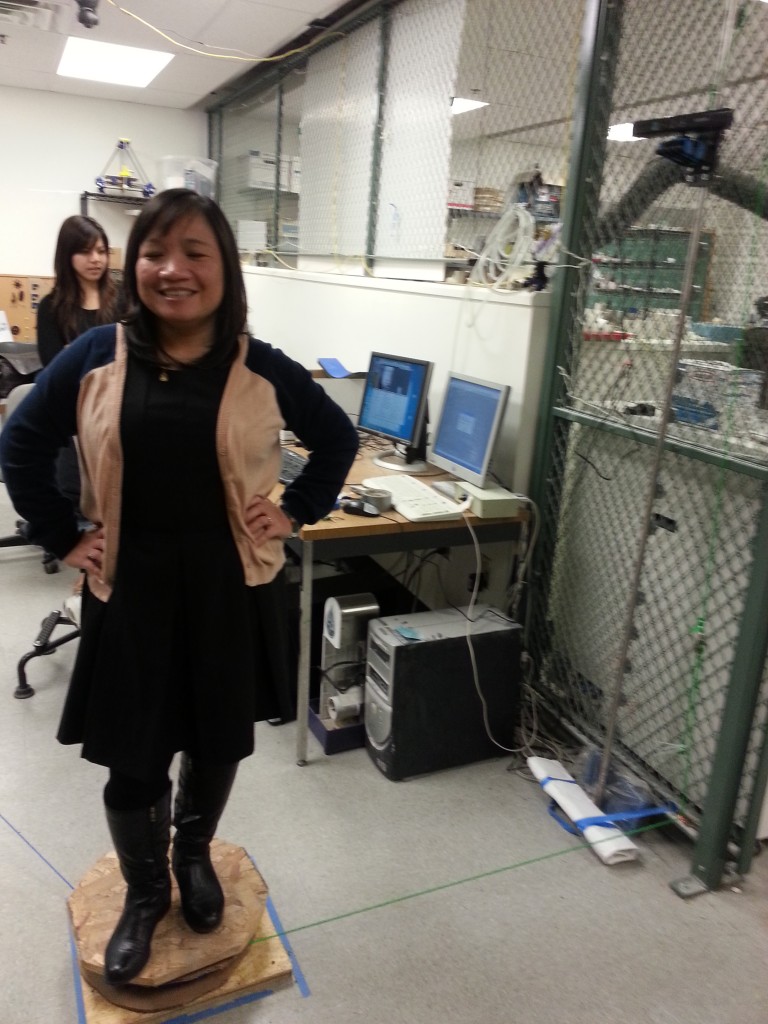 We’re using Reconstructme to process the data from the Kinect into a 3D model. After playing around with some config files to set the parameters of the scanning envelope (to get every part of the person, but not the floor or ceiling), it’s actually pretty easy to clean up the resulting file in Netfabb Studio Basic.

And here is just a small subset of the people we’ve scanned so far: 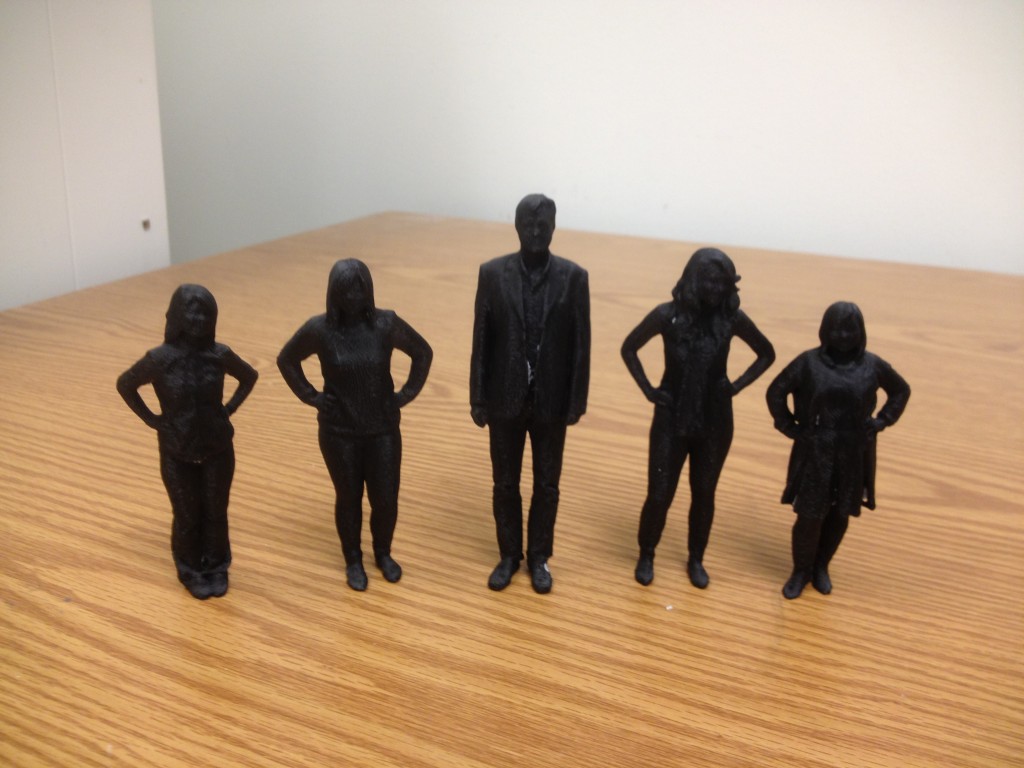 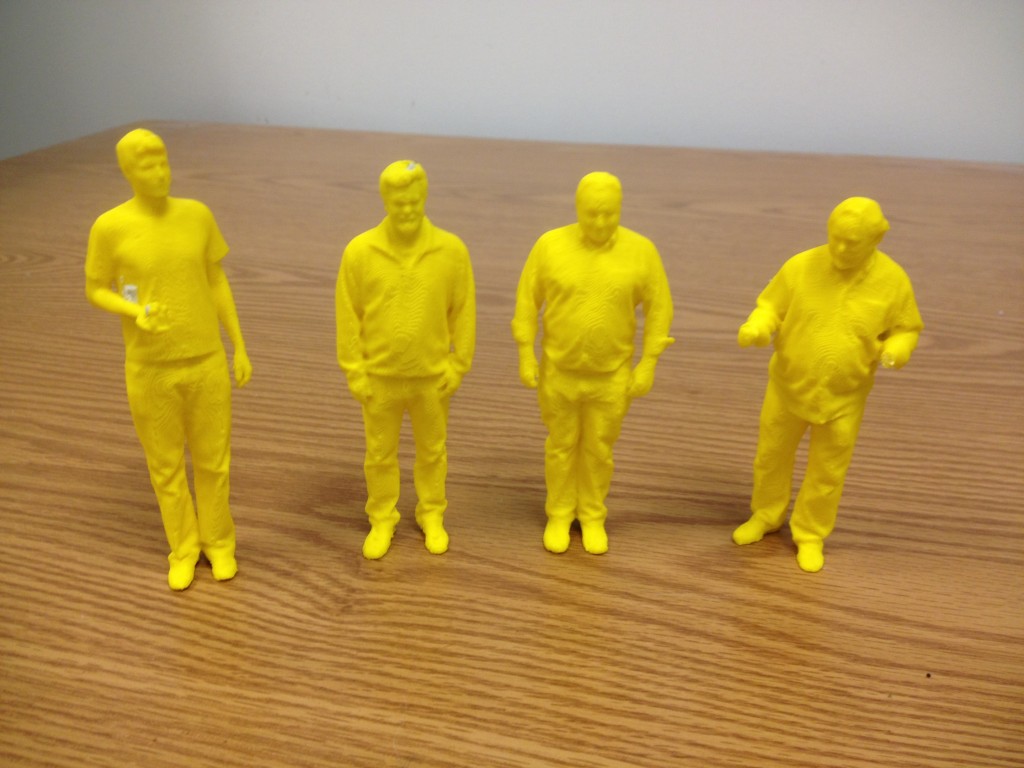 All the students in one of Professor Storti’s classes have been scanned.  They are exploring the difficulties of processing mesh data with a large number of triangles.     Stay tuned for more objects processed by our Scan-O-Rama.

41 Comments on Scanning People with an Xbox 360 Kinect