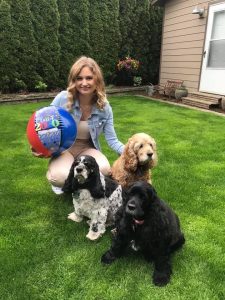 Lina graduated from Pepperdine University in 2020 with B.S. degree in Chemistry. While there she worked under Dr. David B. Green, developing a new high performance liquid chromatography method for determination of homocysteine and other aminothiols in plasma and tissues using new turn-on fluorophores. After graduation, she moved to Seattle to study at University of Washington and do research in Dr. Synovec lab, and work on two dimensional GC and chemometrics.

Mikaliunaite, Lina; Green, David B 259th National Meeting of the American Chemical Society, online through SciMeetings “Use of a 3-hydroxyflavone derivative as a fluorescent probe for the indirect determination of aminothiols after separation with ion-pair HPLC” March, 2020