Notable Achievements of Past Scholars 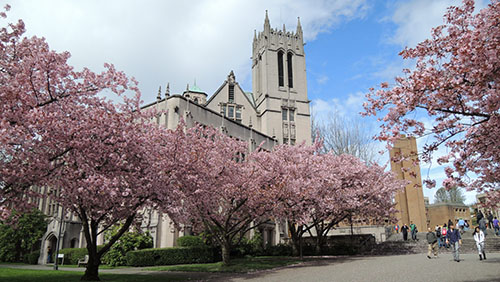 Since his two years as a Magnuson Scholarship recipient at the University of Washington, Eldon Spackman has gone on to serve in a Post-Doctoral Fellowship in Health Economics at the University of York, in the United Kingdom. For one of his current projects, he is studying the cost-effectiveness of transfusion alternatives in sickle cell disease patients.

The 2006-2007 School of Nursing Magnuson Scholar Gulrose Jiwani, is the founder, President and CEO of HPSC Health Policy & Strategies Consultants, Inc. Her biography highlights her time as a Magnuson Scholar and her company message exhibits her continued dedication to engaging society to enact positive changes in health care. Jiwani’s dedication to these values will leave a legacy that hearkens back to Warren G. Magnuson’s own endeavors.

After completing a postdoctoral fellowship in 2008, Rebecca Hubbard joined the Group Health Research Institute staff, where she is now an Assistant Investigator. While carrying out her duties with Group Heath, she still works closely with the University of Washington, as an affiliate professor in biostatistics.

Douglas R. Dixon has gone on to serve as the Assistant Director and Research Project Officer of the U.S. Army Advanced Education Program in Periodontics, and in addition he continues to be active in research. A research paper he contributed to can be read here. In addition, he has served as a collaborator with the Laboratory for Applied Periodontal & Cranial Regeneration at Georgia Regents University, Augusta.

Cecilia Morgan was recently appointed as a Vaccine and Infections Disease Division (VIDD) senior staff scientist at Fred Hutchinson Cancer Research Center. Since her time as a Magnuson Scholar, she has also filled the role of Associate Director of Scientific Development for the HIV Vaccine Trials Network at Fred Hutchinson.

Ann LaFlamme is currently an Associate Professor at the University of Wellington in Victoria, New Zealand. Her current research is focused on macrophages and immune regulation of disease, with a focus on aspects of multiple sclerosis. Her research has been included in many recent scientific publications.

After completing his studies at the University of Washington, Suttichai Krisanaprakornkit is now serving as a faculty member in the department of Oral Biology & Diagnostic Science at Chiang Mai University, in Chiang Mai, Thailand. He continues to be actively involved in research today.

Mark Drangsholt has had a distinguished career in the field of dentistry and academics. He was recently appointed to the role of Chair of Oral Medicine at the UW School of Dentistry, where he has been teaching since graduating with his Ph.D. in 1995.