Striving for Inclusive Design At Airbnb 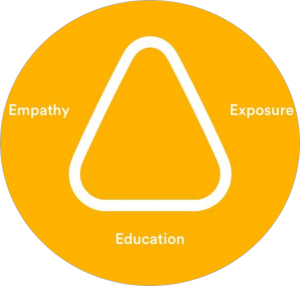 An incident of racism while using the Airbnb app, led Benjamin Evans to set a design challenge to tackle the platforms’s race problem.  Evan’s is the current Design Lead for the Anti-Discrimination Team, which the company has created to foster inclusive design and to combat discrimination, both within their company and with the hosts that use their platform.

The result of this design exercise was the creation of a conceptual framework for change for any type of discrimination. While there is no simple solution to systemic racism, this is a flexible framework that can be used and adapted to create a system of inclusion.