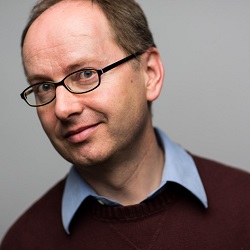 Currently, I’m a Professor jointly appointed to the Dept. of Earth and Space Sciences and cross-campus Astrobiology Program at the University of Washington. My research interests revolve around understanding the co-evolution of planetary atmospheres, planetary surfaces, and life. This includes collecting and interpreting data from other planets and the Earth. A key goal is to understand the habitability of planets in general. I have also been involved in NASA’s exploration of Mars and was part of a 35-person team of scientists responsible for NASA’s Phoenix Mission, a probe that landed and operated successfully in the northern polar region of Mars in 2008.  I am author of the book, Astrobiology: A Very Short Introduction— a readable and up-to-date summary of the subject. I also have co-written a technical book aimed at researchers and PhD students entitled Atmospheric Evolution on Inhabited and Lifeless Worlds.

For more info on research, check out my publications.