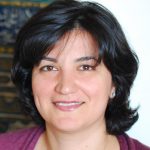 The focus of my lab is on developing novel neural interfaces as well as investigating the plasticity mechanism of the brain. Our goal is to reveal underlying mechanisms of brain plasticity that lead to functional recovery from stroke, which can provide us with vital insight to develop stimulation-based therapies not only for stroke but also for a broad range of neurological disorders. We use a combination of electrophysiological recordings in behaving animals, real-time detection and manipulation of physiological patterns, and perturbation of neural activity in specific circuits during behavior, to determine causal links between physiological phenomena and therapeutic outcomes. In particular, the unique tool we use is optogenetics since it enables us to manipulate neural activity with high spatial and temporal resolution via virally transfected neurons containing light-sensitive ion channels. In addition to its potential for greater spatial resolution and cell-type specificity, this technique offers the significant advantage of artifact-free electrophysiological recording during stimulation. This novel use of optogenetics offers new opportunities to create sophisticated closed-loop stimulation and recording paradigms, and helps us to understand the role of the basic physiological and therapeutic phenomena.