Beyond the Breast: Culturally Competent Doulas as a Breastfeeding Intervention

When anthropologist Dana Raphael first utilized the term “doula” in 1973 it was in the context of providing emotional support to a breastfeeding mother.1 It’s an ancient and enduring concept that someone be present to ‘mother the mother’ before, during, and after childbirth and it's a role that has become more professionalized in recent years.

The number of doula training programs and certifying organizations have grown alongside a body of research that shows doula care can decrease medical costs, improve birth outcomes,2,3 and increase breastfeeding rates.4 In the past few years, states such as Oregon, Minnesota, and Washington have explored ways to reimburse doula services through Medicaid and several U.S. hospitals now offer doula support to pregnant patients.5

“Doula work is being recognized at a higher rate, at a more professional level,” said Jeretha McKinley, National Program Director of HealthConnect One, a nonprofit with origins in grassroots breastfeeding advocacy. “But community-based doulas are not necessarily receiving the same recognition.”

Doulas are often seen as an individualized service for the privileged and not considered part of public health, McKinley explained. Not all doula certifying organizations report numbers on doula or client demographics. They don’t necessarily track population impact which is a requisite to demonstrate doula care as a public health intervention.

But HealthConnect One developed a community-based doula replication model with a system that tracks doula data across the country. A four-year study of the model showed that mothers who received this type of support continued to breastfeed through 6 months at more than twice the rate of the national average.6 The 600 women involved in the study were primarily low-income African-American and Latina women from Eastern and Southern states, communities that are often less likely to breastfeed7 and experience infant mortality and morbidity at disproprotionate levels.8 HealthConnect One attributes these high breastfeeding rates to the strength of the doula-client relationship8, proscribed in Five Essential Components of Community-Based Doulas.

Every organization that replicates the HealthConnect One doula model must adhere to these tenets. Open Arms Perinatal Services in Seattle is one of 70 replication sites in 28 cities and is the first to achieve national accreditation through HealthConnect One. They have provided doula care to low-income women in King County for two decades. In addition to their Birth Doula program, which offers doula care through the first three months of a child’s life, Open Arms manages Outreach Doulas - the only state-funded home visiting program to replicate the HealthConnect One community-based doula model.

Over the past several years, Open Arms Outreach Doulas served 123 clients: low-income Latina and Somali immigrants who speak little to no English, most with less than a high school diploma. Ninety-nine percent of those women initiated breastfeeding and six months later 94% of the women were still breastfeeding their babies.

Dila Perera, Executive Director at Open Arms, said the concept of doula care can be difficult to understand. “Doulas are a public health intervention,” she explained. “But it’s not like a vaccine. It’s not just about having a doula.”

She does not believe that hospital-based doulas will achieve the same outcomes as the community-based doula model.  “The most effective doula support comes from someone who is independent of the hospital," she said. "Someone who is also culturally and linguistically congruent with their client.”

While there is some evidence to support her prediction3 she explained that data from hospitals and community-based programs will determine their true impact. “With something this personal it’s about the quality of the interactions, the quality of training of that doula, the ability of that doula to build an effective relationship with the person receiving the intervention.”

Open Arms Outreach Doulas go through an intensive 10-week training that includes 80 hours of in-class instruction, practica, apprentice births, and additional homework and reading. The doulas live in the communities they serve and are matched to clients by culture and language. “We know their families, the communities they’re from, we know their home life,” said Perera. “There is a lot of trust that’s built, an ability to be open about the challenges that are part of breastfeeding for a lot of families.”

But it’s not the only aspect that makes them different. Unlike other breastfeeding promotion programs, Open Arms Outreach Doulas are there during and immediately after birth, as new mothers make the decision whether to breastfeed. Doulas are matched with clients as early as the second trimester and meet with mothers throughout the pregnancy. They make home visits at least 8 times in the first two weeks post-partum, weekly throughout the first three months, and twice a month until the child turns two.

When a family returns home after birth, Outreach Doulas are often the first to notice breastfeeding barriers like tongue ties, latching challenges, or even a baby’s weight loss. They can help to resolve the problem as trained breastfeeding peer counselors or refer the client to a specialist.  But being a community-based doula goes beyond the singular focus on the act of breastfeeding.

“This is a human thing we provide to them,” said Deziree Lindsay, who worked as a doula for the Latina community at Open Arms for several years. “We don’t approach it like it’s an agreement or ‘I’m trying to save you’ or ‘this is what you need to learn today,’” she said.

When Lindsay went on home visits as a doula, she would come in, sit on the couch, and “just be” with her clients. What interferes with breastfeeding isn’t always physiological, she explained, sometimes it’s just life.

Lindsay helped clients express and address their unmet essential needs: insecure housing, not enough baby clothes, older children without access to early learning programs. She helped mothers do whatever was needed so they had the emotional space to relax and nurse their newborns. And that was all part of her job.

“It may look natural and easy when you see a mother latching her six month old, but it’s something that you learn, it’s a skill like anything else. You need patience in the beginning and you need support from people around you,” said Lindsay. She saw how often her clients were isolated. Many of them indigenous and recent immigrants, they spent their days alone with their young children in a small apartment while their husbands worked two or three jobs. Lindsay’s clients weren’t sure how to navigate the health care or social services systems. They often didn’t know enough English to ask their questions. Sometimes Lindsay was the only other adult they spoke with all day.

“This is where the cultural competence comes in,” said Lindsay. “In my culture communities are not so individualistic. We don’t have these same labels. So yes, I have a role, I am a doula, and a home visitor, but I am also just a person helping another person from my community, you know?”

The community-based doula is slowly gaining visibility. Last year, the Association of Maternal & Child Health Programs profiled the model on the Innovation Station.  Around the same time, Open Arms hired outreach doulas to serve African-American and Native American communities whose populations have twice the infant mortality as other groups in King County and throughout the country.9 These additional caseloads will triple the size of the Open Arms home visiting program.

The Baby-Friendly Initiative: Weighing Policy and Evidence
Beyond the Breast: Culturally Competent Doulas as a Breastfeeding Intervention
Four Ways to Minimize Shame in Breastfeeding Promotion
The Problem with Workplace Lactation Policy (& How to Fix it)

Breastfeeding and Lactation Resources
VOICE FROM THE FIELD: How to Nurture a Breastfeeding Mother
SPOTLIGHT ON INNOVATION: Infant Health Program Diversifies Lactation Support 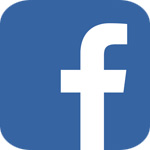 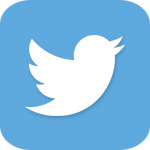 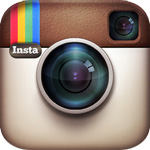 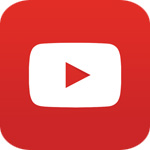 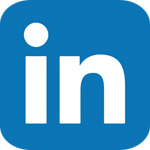