NWBioSpecimen conducted a survey to gauge the satisfaction of users during calendar year 2015. The survey results are now available.

3D microscopes may fundamentally change pathology and aid pathologists in the early detection/diagnosis of cancer as they may permit rapid biopsy interrogation by circumventing many standardized steps. This research which has received significant academic and media attention since 2014 is a collaborative/interdisciplinary project, where human biopsies provided by NWBioSpecimen are used in whole sample processing (“pathology-in-a-tube”), tissue transport and specimen optical clearing using our custom microfluidic device, benchtop experimental setups and 3D microscope. 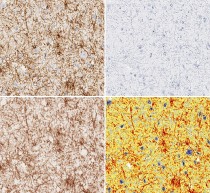 NWBioSpecimen’s IT workflow presented at the 2015 ISBER Annual Meeting

NWBioSpecimen presented a poster at the 2015 ISBER Annual Meeting in Phoenix, Arizona, describing our approach to integrating and deploying a commercial biospecimen management software system into the informatics workflow of a comprehensive biobank. 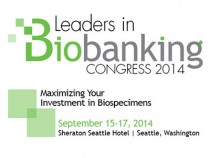 NWBioSpecimen is co-hosting the Leaders in Biobanking Congress 2014 conference in Seattle, WA starting on September 14, 2014. Keynote topics include the business of biobanking and optimization of biospecimen use.

Inferring clonal composition from multiple sections of a breast cancer 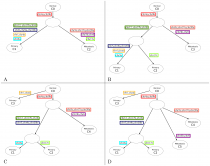 Don't see your publication here? If you used NWBioSpecimen services for work presented in a peer-reviewed journal, please send us an email to let us know.