The NW Rural Health Conference is pleased to feature the following plenary speakers. Initial information is below. Please check back for updates!

Legislative Panel: Rural Health Policy – Where are we headed? 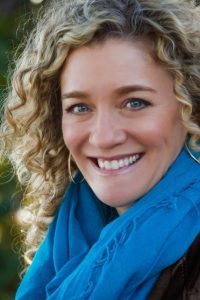 Prepare to be taken on a journey. With her perceptive view inside the “patient experience”, Allison Massari’s riveting and insightful keynote illuminates the immense value that healthcare providers have upon a patient who is suffering. This dynamic and poignant program offers real solutions to the struggle of how to keep the patient first despite limited time and other practical constraints. By weaving her remarkable journey with potent life-lessons, Allison highlights the integral nature of patient-centered care and fortifies audience members, reigniting their passion for why they went into healthcare in the first place. She explains, “The power of what you do goes far beyond the technical part of your job. You are healing the places medicine cannot touch. In fact YOU are the medicine.” Hailed as “life-changing”, Allison’s keynote offers a sincere and direct approach to navigating adversity, transcending life’s difficulties, and always finding a way to be the healer in the room. This content rich and deeply moving speech also offers applicable tools for managing change, adversity, and the everyday challenges of being human.

Bio: Allison Massari knows that you have the power to transform lives. As an advocate for both patient and provider, Massari has an intimate understanding of the demands and challenges of the medical profession, and compelling authority to address the delicate nature of patient-centered care. She experienced firsthand the critical value of receiving personalized health care from committed leadership teams, and empathetic providers after surviving two life-threatening car accidents, one where she suffered second and third degree burns on over 50% of her body. In addition, raised by her father, an Oncology surgeon, and her mother, a nurse, Allison was mentored in the world of medicine from an early age. Captivated by her father’s compassionate work, she shadowed him in his practice, and also worked in hospitals and medical office settings. Allison’s riveting and courageous journey from absolute loss to a triumphant and hope-filled life, addresses sensitive topics, shining light on the provider’s immense value to a patient who is suffering, and helping to reinvigorate employees and heal burnout in the workplace.

What it Takes to Heal

Legislative Panel: Rural Health Policy – Where are we headed?

This session will be a plenary panel discussing current and anticipated rural health policy topics.  It will be a question and answer format that includes policy leaders from public and private, government and non-government organizations, both federal and state perspectives.

Chris Bandoli is responsible for leading state and federal policy development, advocacy, and political activities for the Washington State Hospital Association. Prior to joining WSHA in 2016, Mr. Bandoli served as Director of Government Affairs for Regence BlueShield in Washington State.
Mr. Bandoli hails from Evansville, Indiana. He earned a bachelor’s degree in history and political science from Indiana University and a master’s degree in political management from the George Washington University.

Recognized as among the top 100 most influential people in healthcare by Modern Healthcare Magazine, Alan Morgan serves as Chief Executive Officer for the National Rural Health Association. He has more than 28 years experience in health policy development at the state and federal level, and is one of the nation’s leading experts on rural health policy.

Mr. Morgan served as staff for former US Congressman Dick Nichols and former Kansas Governor Mike Hayden. Additionally, his past experience includes tenures as a health care lobbyist for the American Society of Clinical Pathologists, the Heart Rhythm Society, and for VHA Inc. He holds a bachelor’s degree in journalism from University of Kansas, and a master’s degree in public administration from George Mason University.

Sarah Young started at the Federal Office of Rural Health Policy in July 2012. She is Program Coordinator for the Medicare Rural Hospital Flexibility Grant Program which supports performance improvement in critical access hospitals (CAHs) with a focus on quality of care and operational efficiency. She also analyzes rural hospital issues including CAH certification and rural hospital closures. Sarah holds a biology degree from Smith College in Massachusetts and a Master of Public Health from Portland State University. 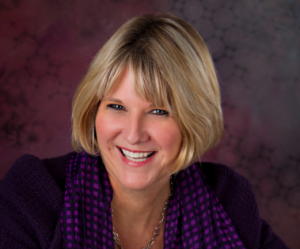 Bio: Lori La Bey is a passionate and inspiring keynote speaker and the founder of Alzheimer’s Speaks, a Minnesota based advocacy group and media outlet making an international impact by providing education and support for those dealing with Alzheimer’s disease and other dementia’s. Her own mother struggled with dementia for over 30 years. Her radio show is also believed to be the first program dedicated to dementia in the world, along with the first webinar series called, “Dementia Chats™,” whose experts are those diagnosed with the disease.

La Bey ignited the fire that sparked the first Dementia Friendly Community in the United States, in Watertown, Wisconsin in 2013. In 2011, she launched what is believed to be the first Memory Café in the U.S. in Roseville, Minnesota and 2016, she was involved with developing the Dementia Caregivers Re-Entry Initiative.

In the fall of 2015, La Bey become a Platinum Sponsor and helped launch the new Hollywood film, “His Neighbor Phil,” which highlights a wide range of emotions families struggle with, as well as the great depths of simple joys while experiencing and caring for someone with dementia. Her new project is to expand Dementia Friendly Travel; after her successful Symposium and Caribbean Cruise (November of 2017); for those with early to mid-memory loss, their families and friends.

La Bey is a highly sought-after speaker, trainer and advocate for new delivery systems and attitudes towards those with living and dealing with dementia. In November of 2013, she was appointed to be an International Ambassador for the Purple Angel Project, the new global symbol for dementia. 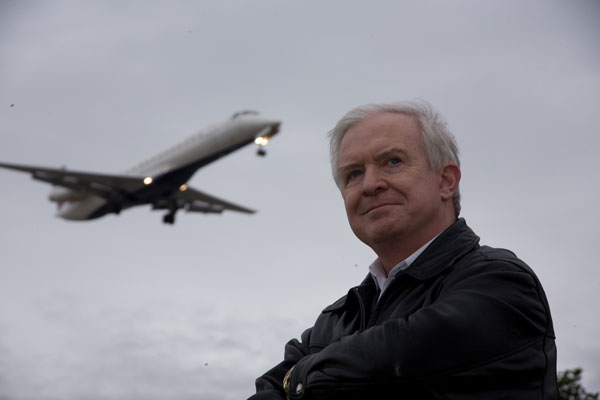 Lessons from the recent revolution in aviation safety to equally revolutionize the patient safety performance of hospitals, doctors, nurses, and all of healthcare.

BIO: One of the key thought leaders to emerge in American Healthcare in the past decade, John J. Nance brings a rich and varied professional background to the task of helping doctors, administrators, boards, and front-line staff alike survive and prosper during the most profoundly challenging upheaval in the history of modern medicine.        Having helped pioneer the Renaissance in patient safety as one of the founders of the National Patient Safety Foundation in 1997, his efforts (and healthcare publications) are dedicated to reforming American Healthcare from a reactive cottage industry to an effective and safe system of prevention and wellness.  A lawyer, Air Force and airline pilot, prolific internationally-published author, national broadcaster, and renown professional speaker, John’s leadership is propelled by a deep commitment.

As a native Texan, John grew up in Dallas where he  earned his Bachelor’s Degree and a Juris Doctor Degree from SMU, and is still a licensed Texas attorney.  Named Distinguished Alumni of SMU for 2002, and distinguish Alumni for Public Service of the SMU Dedman School of Law in 2010, he is also a decorated Air Force pilot veteran of Vietnam and Operations Desert Storm/Desert Shield and a Lt. Colonel in the USAF Reserve, well known for his pioneering development of Air Force human factors flight safety education, and one of the civilian pioneers of Crew Resource Management (CRM).  John has piloted a wide variety of jet aircraft, including most of Boeing’s line and the Air Force C-141, and has logged over 13,900 hours of flight time since earning his first pilot license in 1965, and is still a current pilot.  He was a flight officer for Braniff International Airlines and a Boeing 737 Captain for Alaska Airlines, and is an internationally recognized air safety advocate, best known to North American television audiences as Aviation Analyst for ABC World News and Aviation Editor for Good Morning America.

Before joining ABC,  John logged countless appearances on national shows such as Larry King Live, PBS Hour with Jim Lehrer, Oprah, NPR, Nova, the Today Show, and many others.  He is also the nationally-known author of 20 major books, including the acclaimed WHY HOSPITALS SHOULD FLY (2009), which won the prestigious “Book of the Year” award for 2009 from the American College of Healthcare Executives.

John J. Nance has become one of America’s most dynamic and effective professional speakers, presenting riveting, pivotal programs on success and safety in human organizations to a wide variety of audiences, including business corporations and healthcare professionals.  Together with fellow author Kathleen Bartholomew (Charting the Course and Ending Nurse-to-Nurse Hostility – Why Nurses Eat their Young and Each Other),  the two of them are highly sought after for their watershed presentations to boards, senior leaders, physicians, nurses, and staff on Quality and Patient Safety.  He is a pioneering and well-known advocate of using the lessons from the recent revolution in aviation safety to equally revolutionize the patient safety performance of hospitals, doctors, nurses, and all of healthcare.  He lives in Friday Harbor, Washington 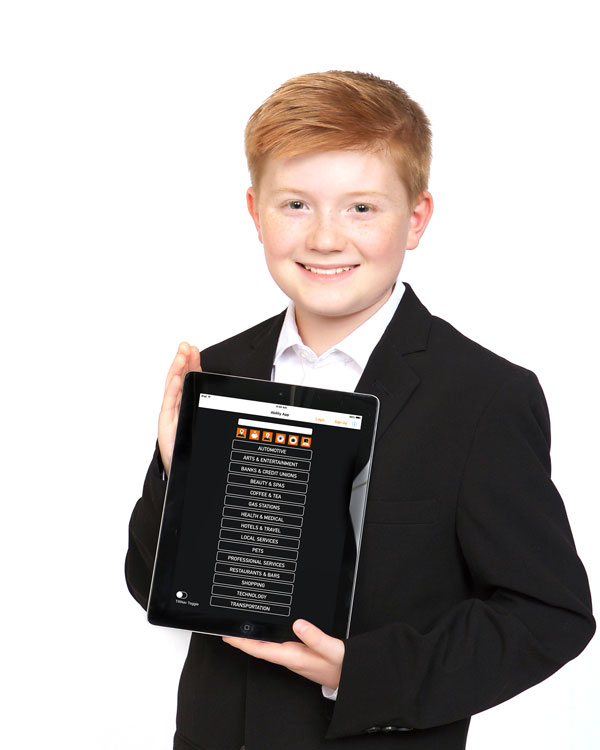 13 year old app developer, Alexander Knoll, discusses his journey developing Ability App and talks about the things we call can do, big and small, to make the world a more inclusive and accessible place for people with disabilities.

Bio: Alexander Knoll is a 13 year old app inventor and human rights advocate.  Alex has a big heart and has always been drawn to helping others.

Alex has accomplished a great deal in his short life, thus far.  At age 6, he became the Inland Northwest Elementary Speech Champion among all Elementary Students in the Association of Christian Schools.  At Age 8, he testified in front of the Idaho State Legislature Tax and Revenue Committee, on behalf of the school children of Idaho.  At Age 10, he became the Regional and State Grand Champion of Invent Idaho (a statewide competition for young inventors) for his app invention that can help people with disabilities navigate public spaces and find safe, reliable services and employment called Ability App.  He went on to win ICubed Inventor’s Challenge, Discovery 3M Young Scientist’s Challenge for the State of Idaho, as well as the AT&T and Imagination Foundation’s Inventor’s Challenge, all for Ability App.

Alex enjoys public speaking and has addressed thousands of people all around the world about Human Rights, equality, accessibility and inclusion for people with disabilities, kindness to others and the importance of STREAM education.  Alex enjoys speaking to people about the things they can do (big and small) to help make this world a better place for others.