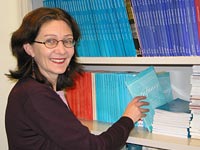 Dr. Betty Repacholi is an Associate Professor in the UW Department of Psychology. She received a Master’s degree in Clinical Psychology from the University of Western Australia, and a Ph. D. in Developmental Psychology from the University of California-Berkeley. She has a broad interest in children’s early social-cognitive and social-emotional development. Her research centers on infants’ responsiveness to, and understanding of, other people’s emotional states. She has also published research papers on theory of mind, attachment, children’s gender-typed beliefs and behavior, and the ontogeny of human disgust responses. 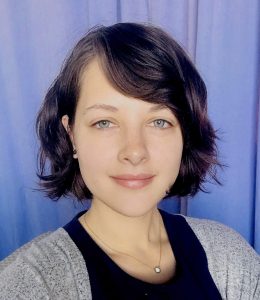 Ashley Ruba received her doctorate degree in 2019. Ashley earned her Bachelor’s with distinction in Psychology from Duke University. Ashley’s dissertation explored how emotion understanding develops throughout infancy and how various factors (e.g., language) might influence this process. The primary goal of her dissertation was to bridge gaps between affective science and developmental psychology. 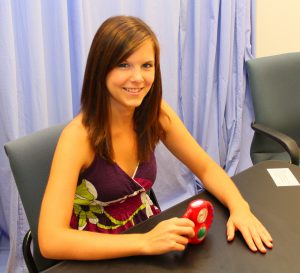 Theresa Hennings received her masters degree in 2015. Theresa earned her Bachelor’s in Psychology from Lewis & Clark College, where she worked as a research assistant in a study looking at preschoolers’ understanding of other people’s emotions. After college, she continued child development research in a language and cognition lab at Stanford University. At UW, Theresa examined how infants’ understanding of other people’s emotions influences their behavior, social interactions, and trait attributions.  Her research focused on how infants use information about other people’s emotional dispositions to make social evaluations.

Tamara Spiewak Toub received her doctorate degree in 2012. Tamara pursued two lines of research while in graduate school. The first line of work focused on infants’ understanding of other people’s emotions and how these emotions influence infants’ behavior. In her second line of work, Tamara examined possible developmental benefits of pretend play. Her dissertation research examined the relation between pretend play and executive function (e.g., self-control) in preschoolers. Prior to coming to I-LABS, Tamara earned her Bachelor’s degree in Psychology at Harvard University, and then worked in NYC as a research assistant.

Berit Olsen received her doctorate degree in 2012. Berit earned her bachelor’s degree in Psychology and Religion from Pacific Lutheran University. After graduating, she spent a year in Norway studying the Norwegian paternity leave system on a Fulbright Grant. Her interests center on emotional development in very young children. In graduate school, Berit and Dr. Repacholi collaborated with Dr. Andrew Meltzoff to examine children’s understanding of the emotional content of adult’s behavior, and how that content affects children’s imitative learning.