The emCOMP lab is led by Dr. Starbird, Assistant Professor in the Department of Human Centered Design & Engineering. 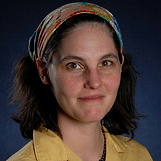 Dharma is interested in the collaboration patterns and design implications of emergent collaborations in crisis contexts. She is a PhD student in Human Centered Design and Engineering. Before attending graduate school Dharma spent more than a decade working with community groups, policy makers, think tanks, funders, and makers on improving communications infrastructures for traditionally underserved populations. She holds an M.S. from HCDE and B.S. in Interdisciplinary Studies (Information Systems, Policy, & Writing) from SUNY Empire State College.

John is a PhD student interested in design considerations for emergency response technologies. He comes to his PhD studies with over 15 years of software development experience including the first internet-streaming consumer-electronics devices. John spends a lot of time thinking about information visualization, emergent intelligences, decision making, and virtual collaborations. In his spare time, he volunteers with various youth and outreach programs. He also enjoys films, games, and music. John holds a B.S. in Psychology from the University of Washington.

Conrad is interested in using data analytics to track patterns and provide users feedback on their communication in computer-mediated settings. He is a PhD student in Computer Science and Engineering. He’s background is in computer science, but roots in other cognitive science domains, particularly computational neuroscience, in which he worked for three years, two of them at Massachusetts General Hospital. He traded in MRIs for Social Media – instead of tracking linguistic patterns in our physical neural networks, he tracks them online in interactive user environments. 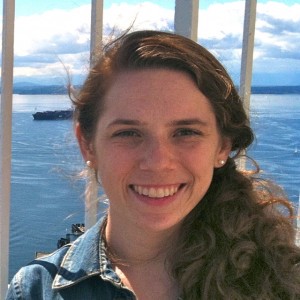 Camille is interested in interdisciplinary projects that have a motivation or application beyond computer science and worked with emCOMP from 2012 to 2014. Camille is a PhD student in Computer Science and Engineering. She graduated in 2012 from Washington and Lee University with a BS in physics and a BA in computer science. She is originally from Charlotte, NC. 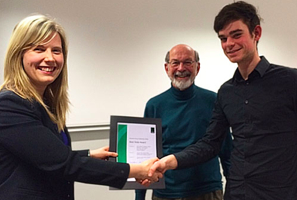 Jim spends most of his time crunching social media data. His research predominantly investigated rumoring behavior during crisis situations on Twitter, and focused on the 2013 Boston Marathon Bombings. He graduated from UW with dual degrees in Human Centered Design and Engineering and History. When he’s not buried under a mountain of Twitter data, he races bicycles and drinks over-priced coffee. He spent the past summer living and working in the White Mountains of New Hampshire, three miles from the nearest electricity, internet, and road access. He’s now