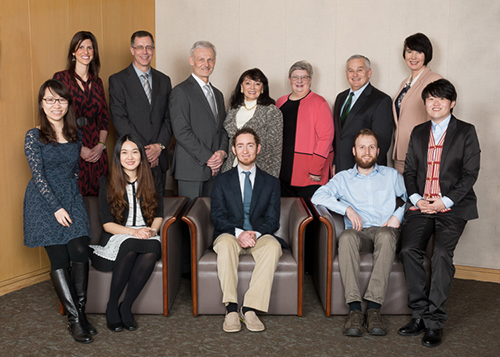 The 2014-2015 Magnuson Scholars, members of Senator Warren G. Magnuson’s family, former congressional staff members, and the Magnuson Chair in Medicine, gathered on February 10, 2013 to celebrate the late senator’s legacy and recognize the outstanding graduate and post graduate work and research of this year’s Magnuson Scholars. The six Magnuson Scholars provided compelling updates to the assembled group regarding their current research focus and future plans. Each scholar represents one of the six University of Washington Health Sciences Schools and was selected on the basis of their academic performance and potential contribution to research in the health sciences.