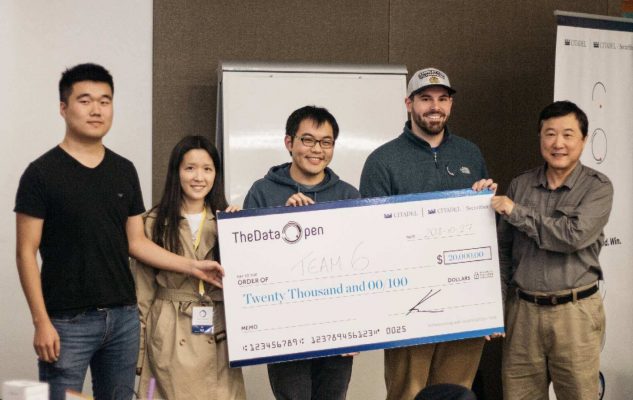 Computational Finance and Risk Management (CFRM) graduate student Greg Brownson was a member of the winning team earning the $20,000 grand prize at The Data Open datathon competition, held October 27, 2018 at the University of Washington.

Each team participating in the competition was given complex datasets to work through using financial data science techniques, and then present their findings to a panel of judges. Over two dozen teams took part in the event.

The datathon, sponsored by Citadel and Citadel Securities in partnership with Correlation One, is one of several competitions taking place throughout the year at many top universities. Winning teams will compete in The Data Open Championship in New York City in April 2019 for a $100,000 grand prize.