Tracking the Spread of Misinformation on Twitter after Crisis Events 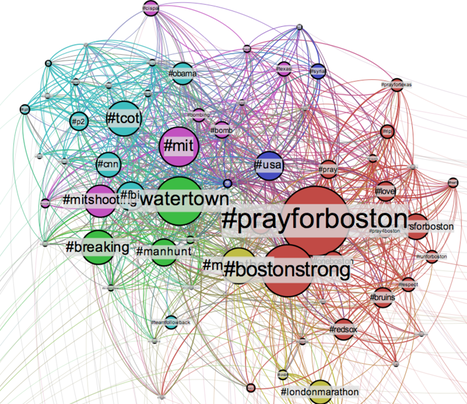 A network graph of tweets related to the 2013 Boston Marathon Bombing show accounts that spread misinformation were central to the information landscape during the event.

In recent years, disaster events have become catalysts for massive convergence online. After major events like the 2011 Japan Earthquake/Tsunami and Hurricane Sandy, hundreds of thousands—and in some cases millions—of users turn to social media platforms to share information and to collectively make sense of the event. This activity leaves a significant digital record that can be used to study and better understand mass convergence behavior during disasters as well as the role of these new technologies in our lives.

Though there are many positive aspects to this online convergence, a major concern has manifested over the presence of misinformation in these spaces. In this project, emCOMP researchers are examining the spread of misinformation within Twitter data collected after the 2013 Boston Marathon Bombing. We collected over 10 million tweets during a seven day window beginning a few hours after the explosions, and we have gone back and captured all of the links in these tweets as well as the content of the linked-to webpages. Using a combination of qualitative and quantitative methods, we are investigating the spread of rumors, the crowd work to identify suspects (that went awry), and several conspiracy theories that propagated through Twitter as well as the surrounding information space of the wider Internet.