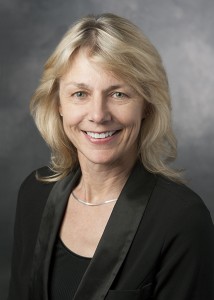 Sheri Sheppard has been deeply involved in engineering education since 1986. Early experiences as an engineer in the automotive industry and teaching engineering courses in the evenings fueled a desire to pursue a Ph.D. and, ultimately, a faculty position at Stanford University. Dr. Sheppard’s participation in the NSF-sponsored Synthesis Coalition (1990–94) helped her to emphasize engineering education within her own career. She also served as a Senior Scholar at the Carnegie Foundation for the Advancement of Teaching from 1999 to 2008. Dr. Sheppard has co-authored a textbook on engineering mechanics, written numerous conference and journal articles, and mentored many undergraduate and graduate students, post-doctoral researchers, and faculty colleagues in conducting scholarly teaching and engineering education research.

The profile below was authored by Angela Minichiello, Utah State University, based on an interview with Dr. Sheppard in 2014.

Early experiences catalyze a move from industry to academia

My motivation for going back for a Ph.D. was largely to teach at the university level. I had been working as an engineer at the Chrysler Corporation. I did my master’s degree at night and then started teaching at the Lawrence Institute of Technology in Detroit, which at that time offered extensive evening programming for working adults to pursue their Bachelor’s degrees. One of my master’s advisors, Professor George Kurajian, said they needed someone to teach materials science at night and, since I had free time in the evenings, having finished my master’s, would I be interested in doing it? I think largely because of my respect for George, I said yes. He’d been a good mentor. He was suggesting this, and so it must be a good thing.

I ended up loving teaching and actually taught the class several times. I found it both emotionally exhilarating and intellectually really challenging—how to take ideas and put them in a form that engaged other people, got them excited, and empowered them to use those ideas to create new ideas. There was also an added challenge: at the time, I was younger than most of my students, so that was an interesting thing to think about—how do you have authority and mentorship in those sorts of roles?

At the same time, I was also realizing that, with the industry positions I was in, I liked the deadlines and the sense of people saying they “needed that yesterday.” But I was finding that when we would get a solution, I wanted to play with it, look at “what ifs,” and question the assumptions that we’d made. That seemed to tell me that I might have some proclivity for research. So I went back to graduate school, mostly thinking that if I’m going to teach, I want to teach at the university level. Then I also realized I’d have to do this thing called research, which didn’t seem like such a bad thing to do.

I did my Ph.D. at the University of Michigan. After I completed my degree, I worked a year for Ford Motor Company as a Senior Research Scientist, then I got a faculty position at Stanford. I’ve been here ever since.

When I started my faculty position, I had two primary areas of work: my teaching and my research. At that point my research largely focused around welds and structural integrity. I’d been at Stanford for about two years when I was approached by a consortium of six other schools that was putting together a large National Science Foundation (NSF) grant on engineering education. Ten or fifteen Stanford faculty showed up at the first meeting hosted by the other six schools. When it came to really writing the proposal and wanting to be engaged, there were only two of us left in the room. We were both Stanford assistant professors.

We put in a coalition proposal which, in the 1980s, was a major shift of NSF investment into engineering education. Coalition funding was based on the idea that, if you put a fairly good chunk of money out there, you can deeply, profoundly affect undergraduate engineering education. Our proposal was funded, and we formed the Synthesis Coalition. There were five or six other coalitions that were also funded over a period of time, so eventually some 70 engineering schools became involved in the program.

When the grant came in, both my dean and my chair wanted me to get out of being involved. They said they’d find somebody else to do it. I said, “Nope, I’m going to do it.” The piece of advice I took from them was that if I was going to be involved, I was not going to get gobbled up in the administration of a multi-institution grant—there was a lot that needed to be done in terms of forming relationships. Of the eight schools that were involved in Synthesis, many had vastly different missions. For example, UC Berkeley and Stanford are research institutions, some of the schools were less oriented towards research, and three historically black colleges and universities were also involved.

Two things came out of that experience that were really important for me. First were the relationships with this community of schools and gaining a better understanding that there is diversity in institutions’ missions and resources, yet all of these institutions are critical to our national mission of advancing knowledge and sharing educational resources.

The second important thing was the piece of curriculum that I developed. It is a teaching and learning strategy called mechanical dissection. The idea is pretty simple: you take things apart and you understand how they work and what the relationship is between form and function. It really clicked with a lot of people and has been adopted at a number of universities, high schools, and middle schools across the country. It’s had some legs.

In making the decision to be a part of that first grant, I was coming to the realization that I could do the tenure thing in a traditional way, with technical research and good-quality teaching. However, teaching at a different level and thinking about it more deeply in terms of scholarship was starting to have importance to me, and I didn’t want to postpone that until I had gotten tenure. I thought, “If I’m going to do this, I want to figure out how to integrate it into my professional life from the beginning.”

With my work on the Synthesis Coalition, I was starting to see that there was a community out there that wanted to ask questions about how to educate engineers. Becoming a part of that community has been so important for me. Some members of the community, such as Alice Agogino at UC Berkeley and Anthony Ingraffea at Cornell, I met through my coalition work and have remained lifelong friends and colleagues.

Also, Sue Kemnitzer at the NSF has been a tremendous help. Sue was one of the early engineering education architects and really helped to put engineering education on NSF’s agenda. Having her wisdom along the way has been really, really good. A number of times I’ve said, “Sue, I have this idea, can we talk on the phone to have you react to it?”

Here at Stanford, we have a Center for Teaching and Learning (CTL), and I’ve found a great deal of support there. Its founding director, Michele Marincovich, has always been a good colleague in thinking about teaching and learning. My relationship with the new CTL director, Robyn Dunbar, is similar. She and I co-teach a class, and we offer a boot camp for junior faculty across the university on teaching and learning. So I’ve found community there.

Locally, within the mechanical engineering department at Stanford, we’re organized into five groups. I’m in the Design Group. While I’m the only one who is so centrally putting teaching and learning as part of my research agenda, all 13 of us in the Design Group do a lot of project-based learning and reflection in our teaching. So I’m embedded in a community that doesn’t think I’m too weird. I would also say that colleagues like Cindy Atman at the University of Washington have been important. Seeing people of my generation doing the same thing has been very helpful and reassuring.

I would say the challenges in engineering education center around finding students—and it’s not that students aren’t interested. I think I’m seeing an increasing number of graduate students who would like to think about how education could be a more central part of their doctoral experience, either as a set of side projects in addition to their main thesis topic or as their main thesis topic. The hard part comes in really working with those individuals to figure out if engineering education is a good move for them, since it’s not a traditional area of research. It’s important that engineering graduate students understand how work in this area is going to open up some doors, and also that it may make other doors harder to go through. The challenge is working through those discussions at the beginning of their graduate education—how can we scope your thesis in such a way that it will open the doors you want opened?

Translating research to practice: A challenge for the field of engineering education

I would say the field of engineering education may be at risk, as it becomes more established, of evolving towards the abstract and losing its focus on the integration of the research back into engineering education practice. My motivation for doing this has always been with an engineer’s mindset: we’re going to learn some good stuff, and then how does it change our practices? There are many questions about how to convince people that practices should be changed. But I worry about how the articles currently published in the field speak to faculty who are designing curriculum and delivering classes. I worry about how the field can develop in such a way that it retains its focus on application and inclusivity.

I see teaching faculty as great collaborators on research projects. They’re in the trenches, identifying what students are having trouble with. I’ve had a couple of faculty, who want to have more of their scholarship be in the area of engineering education, say to me that the bar is getting pretty high, for instance, to get published in the Journal of Engineering Education (JEE). There are not a lot of other venues for publishing. I have to say JEE and Jack Lohmann have really developed a well-respected brand, but there are only about ten papers that come out in each issue. So scholars that want to do good work—work that may have more relevance to other faculty—where’s their work going to get published?

Educational research is a slow process. You have to keep pushing. There’s no magic, silver bullet that’s going to make education perfect. It’s very contextualized. Even if you find a strategy that really seems to have efficacy, you also have to design a whole set of things around people wanting to use it. You can’t just say, “We found this great thing, now use it.” Faculty are very busy.

If one’s goal is improving engineering education and not just understanding engineering education better, there’s a whole additional set of challenges concerning how to translate research findings into practice. This translation is incredibly important. To do the translation in my own work, it’s really important that I’m still experiencing the trauma and drama of being a classroom instructor. That I’m experiencing that makes me feel a little more confident in suggesting ideas of how to take the scholarship and translate it into things that are going to help.