Kiley and I opportunistically stopped in to check the bathrooms at Jefferson Park while out with a group of friends. The restrooms were quite easy to find not only because they were housed in their own freestanding building, but also the lights from within each restroom seemed to glow as the sun sank. Honestly, we kept talking about how great the lighting was at the time (see documentation photos)! 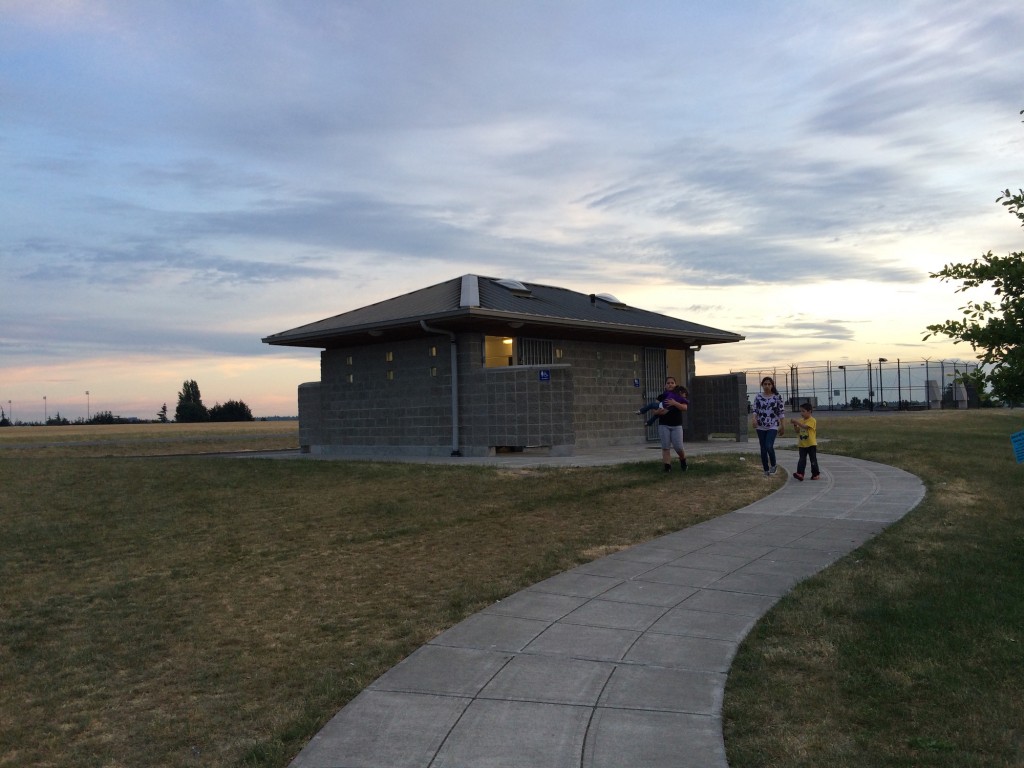 As we approached the building from the west side of the park, we noticed it had the gate doors that we’d learned a bit in our meeting with the Lead Worker a couple of days before. We reflected on how the reasoning behind installing those verses the solid doors was a still unclear to us. We walked inside and quickly noticed an open baby changing table and a hand blower directly beside it. There were three or four stalls (one occupied during the time of observation), one sink, one soap dispenser, and one metal mirror (much clearer/less worn than the other ones we’ve seen [we could actually see our reflection in this one — see very serious looking documentation photo]). Surprising to me was the amount of light in the bathroom: two skylights (most notability), overhead lights at each entrance,  6 or so textured glass bricks to the outside and rather normal looking lighting above the mirror and over the stalls to provide adequate coverage. Also notable was that there were two entrances into the bathroom, one from the west (where we entered) and one from the east (where we eventually exited). Both had the gated doors and overhead bulb lighting (not illuminated at the time of observation) mentioned before. 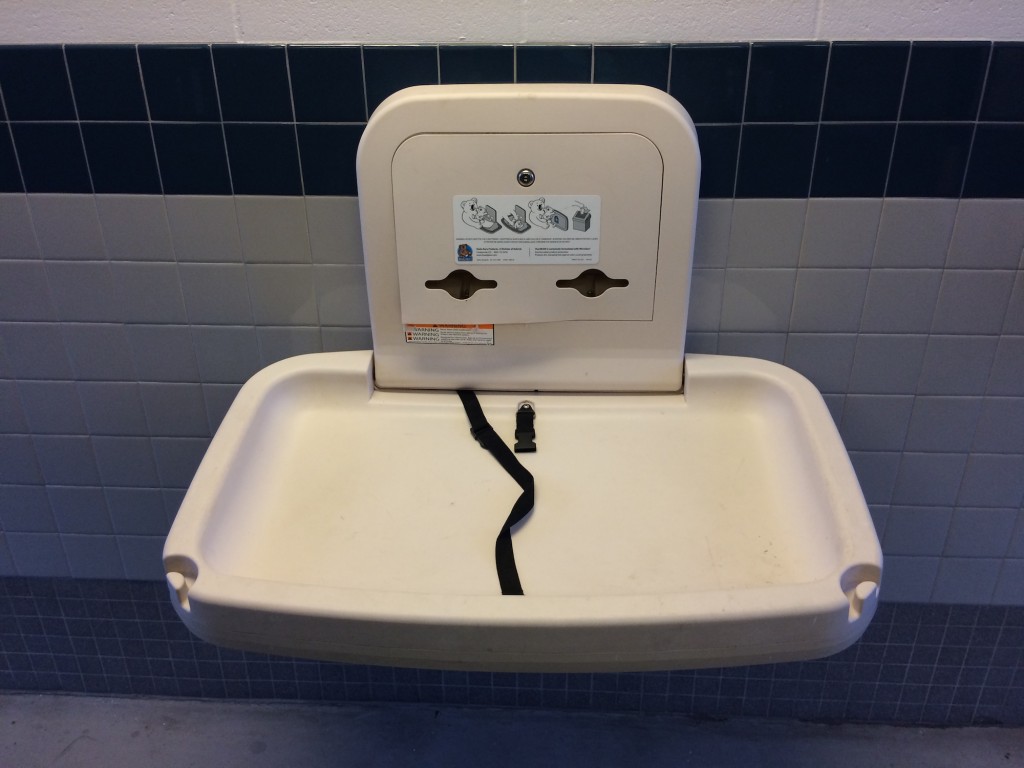 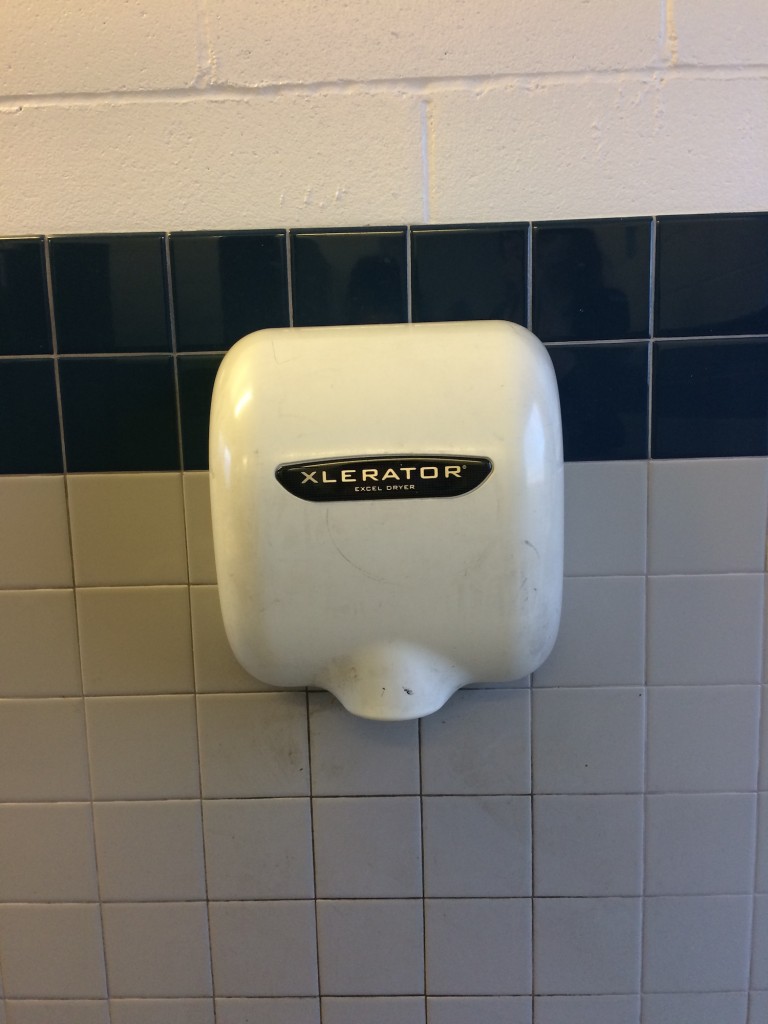 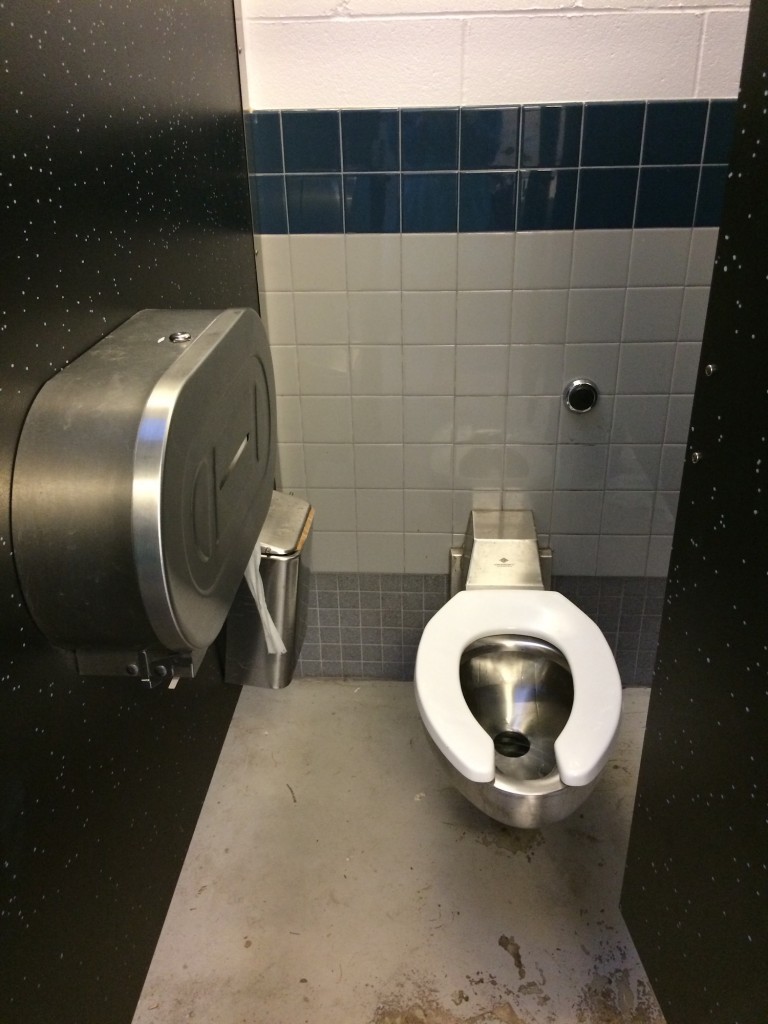 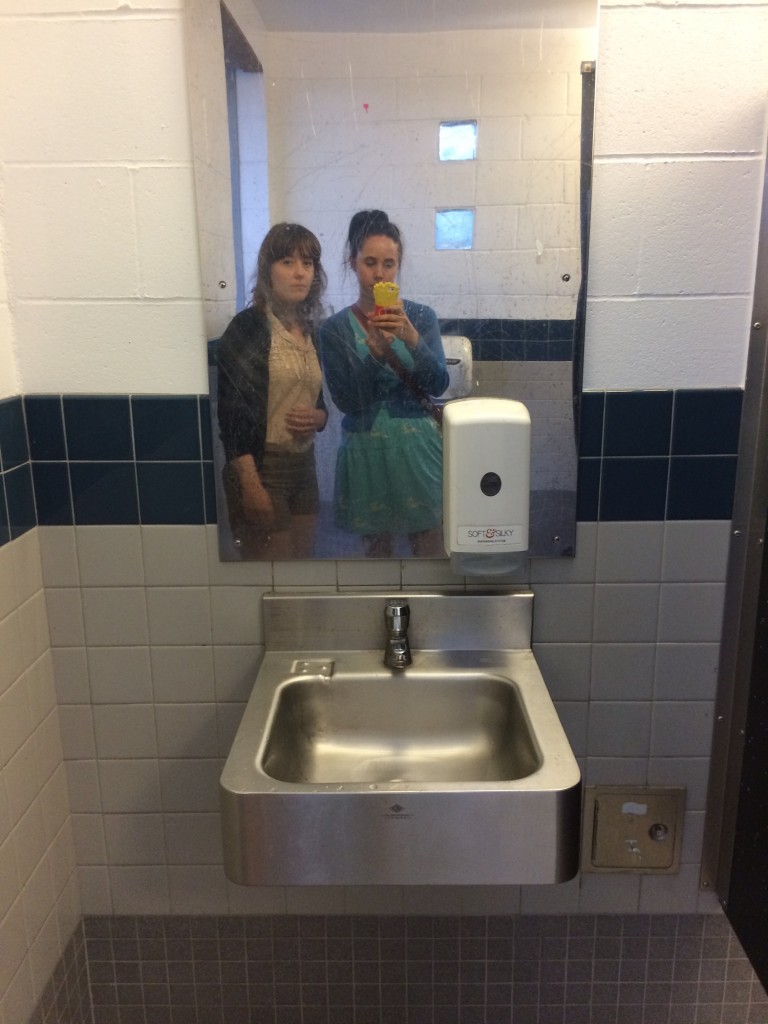 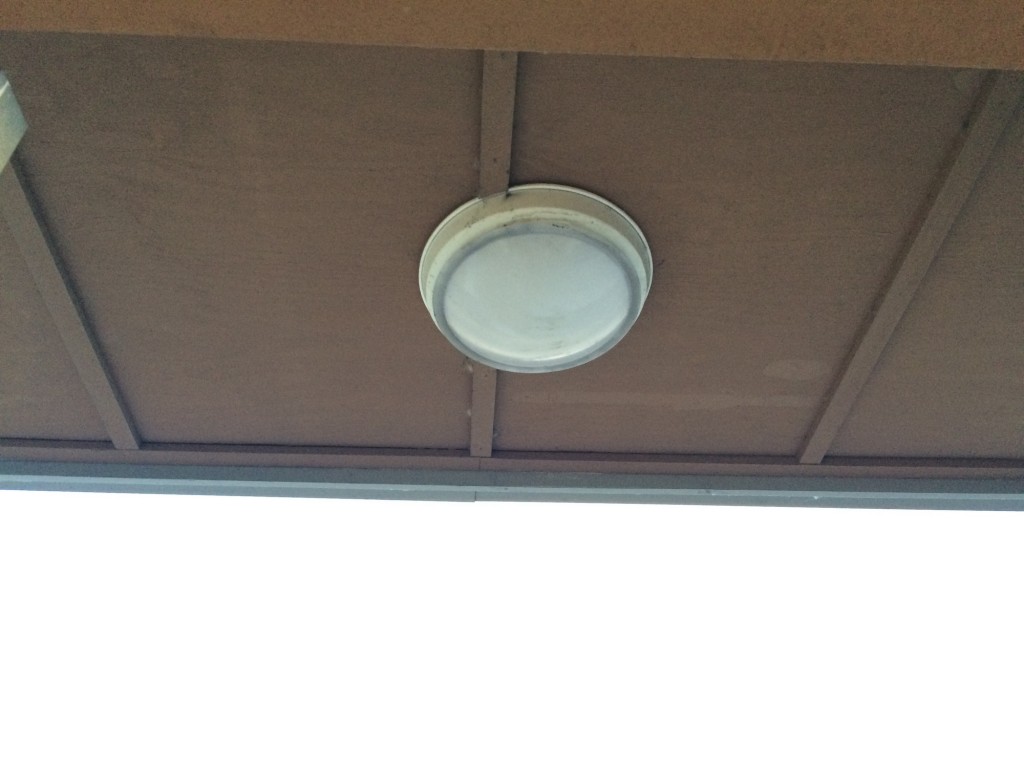 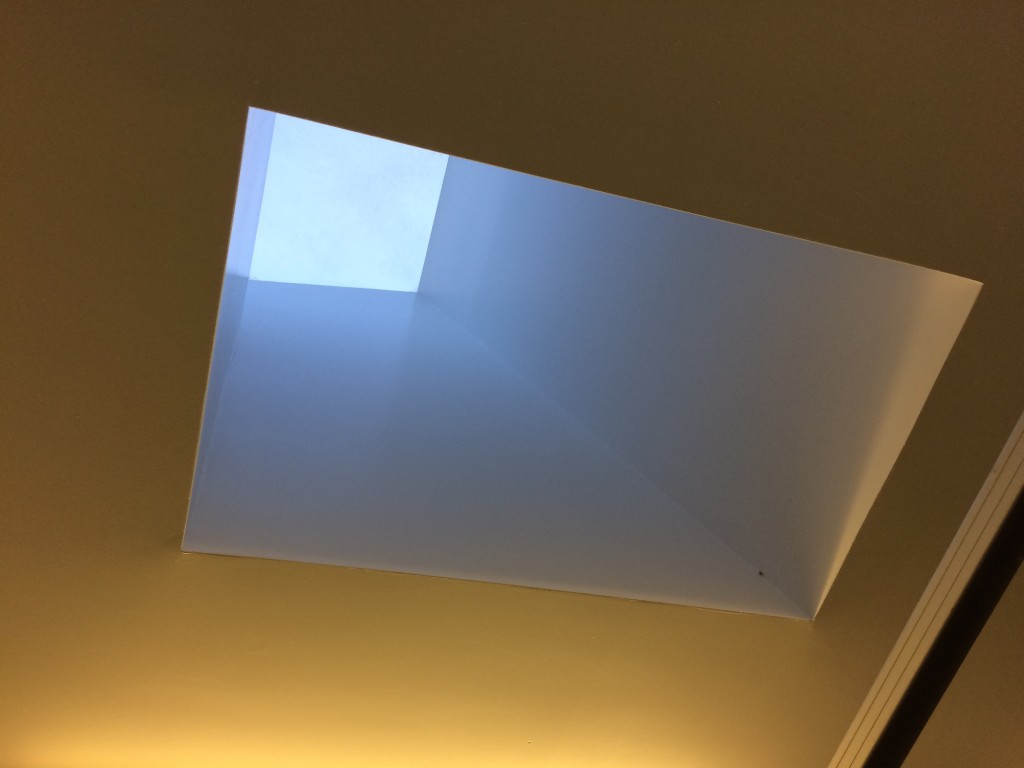 We walked through the east door and looked to the right where we saw a large trashcan and a small metal cover on the side of the concrete building. We opened the cover and found a spigot, presumably for a hose. In the same interview mentioned above, we learned that the restrooms a washed down daily with water from a hose so it made sense to use that it was there. 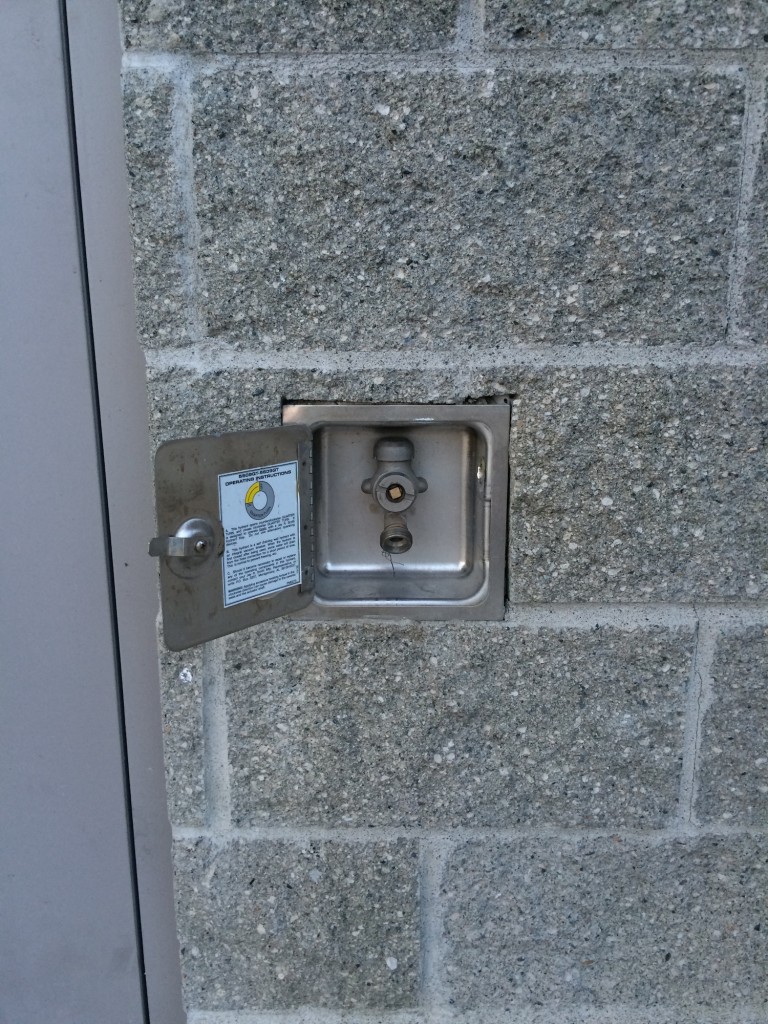 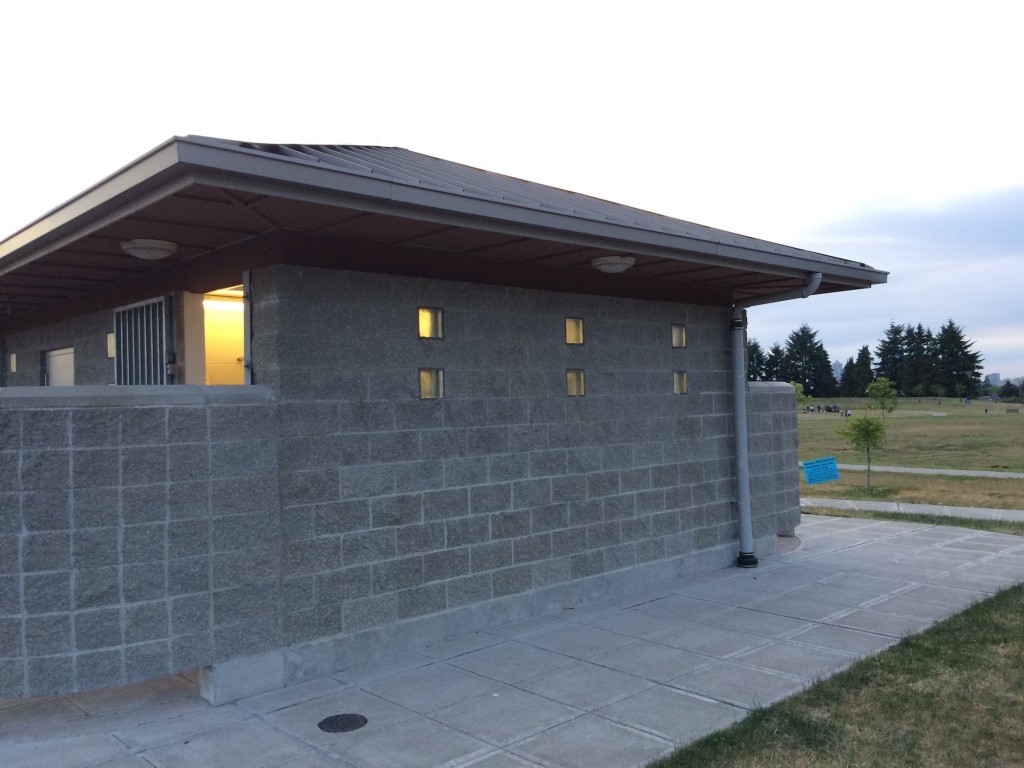 I had been to this park before and remembered a passerby talking about going to the restroom in the community center in the park. I suggested we walk by to see if the restrooms are accessible to the outside, like the ones we’d visited in Greenlake. As we made our way around the building, we found an electrical outlet near several raised beds. Along another side of the building, we found a water fountain. And cutting through the next two, we saw a large entrance to the building. Kiley walked up to the door and found that it’s closed on the weekend (she also noticed a “Safe Place” sign posted on the door). We figured we’d have to come back during the week to see if restrooms are open to the general public during the open hours. As we walked back to our friends on the east side of the building (near the basketball court), we found another spigot on the wall. I looked around for a door (hoping it might mean a bathroom), but didn’t find one. 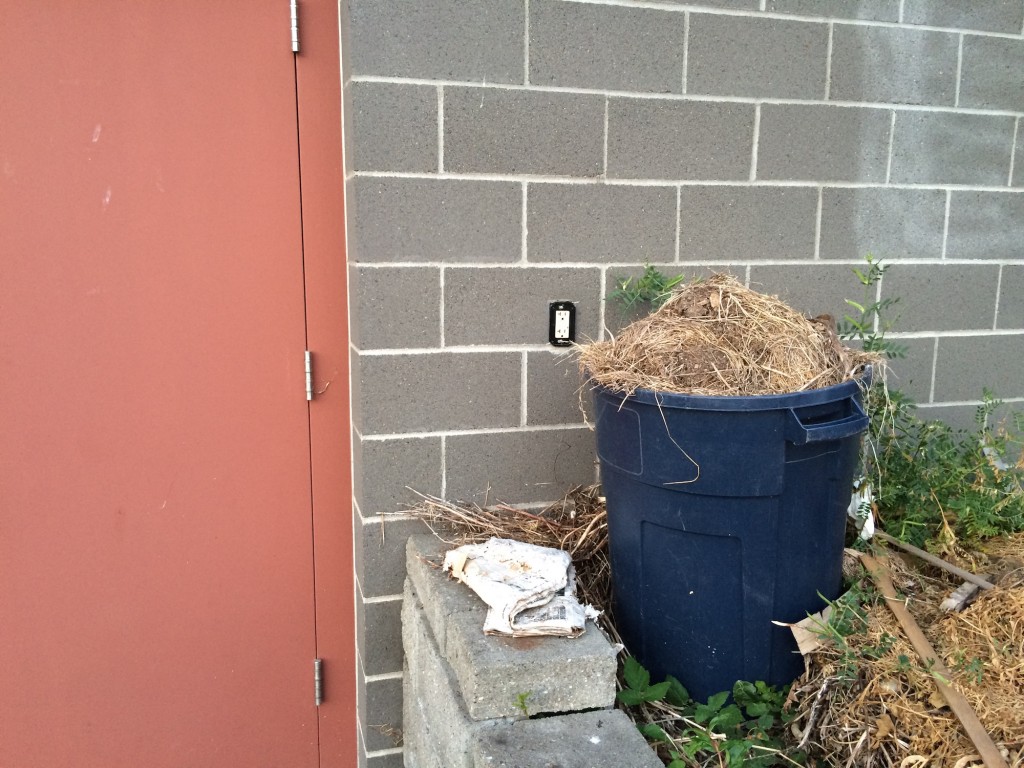 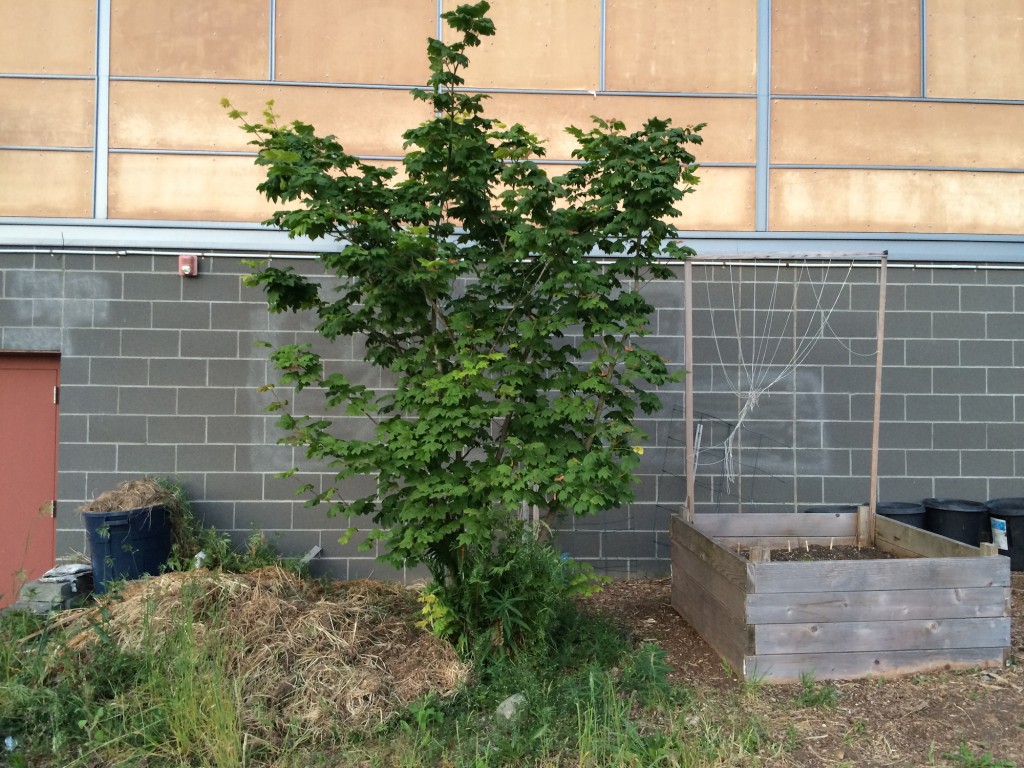 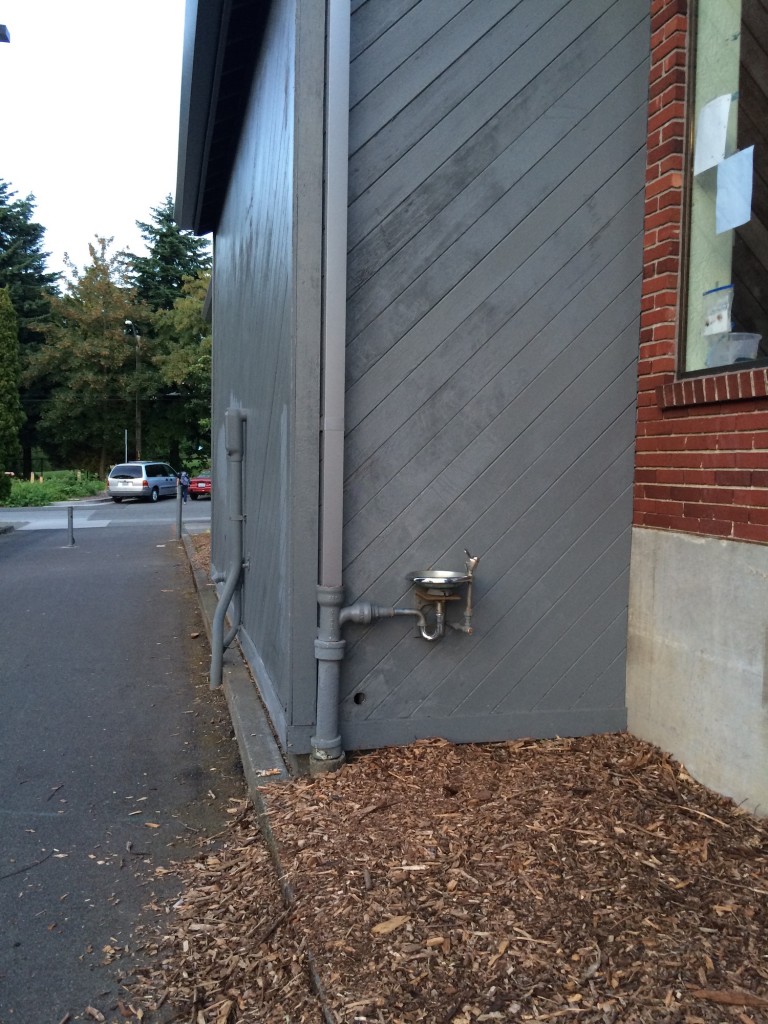 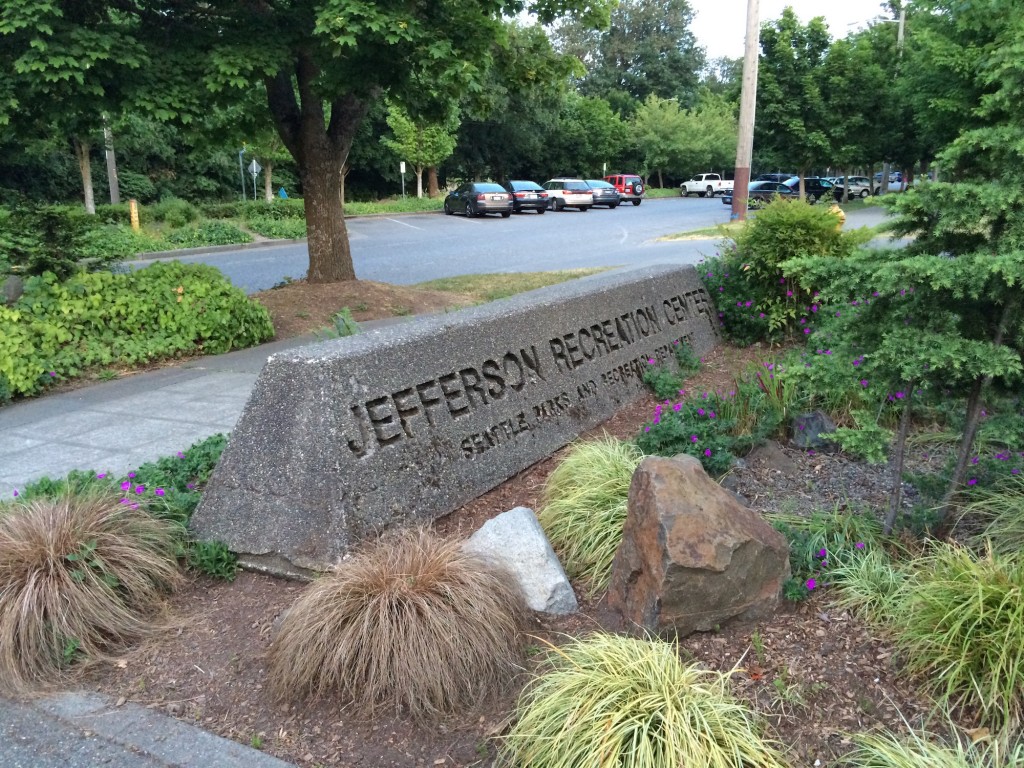 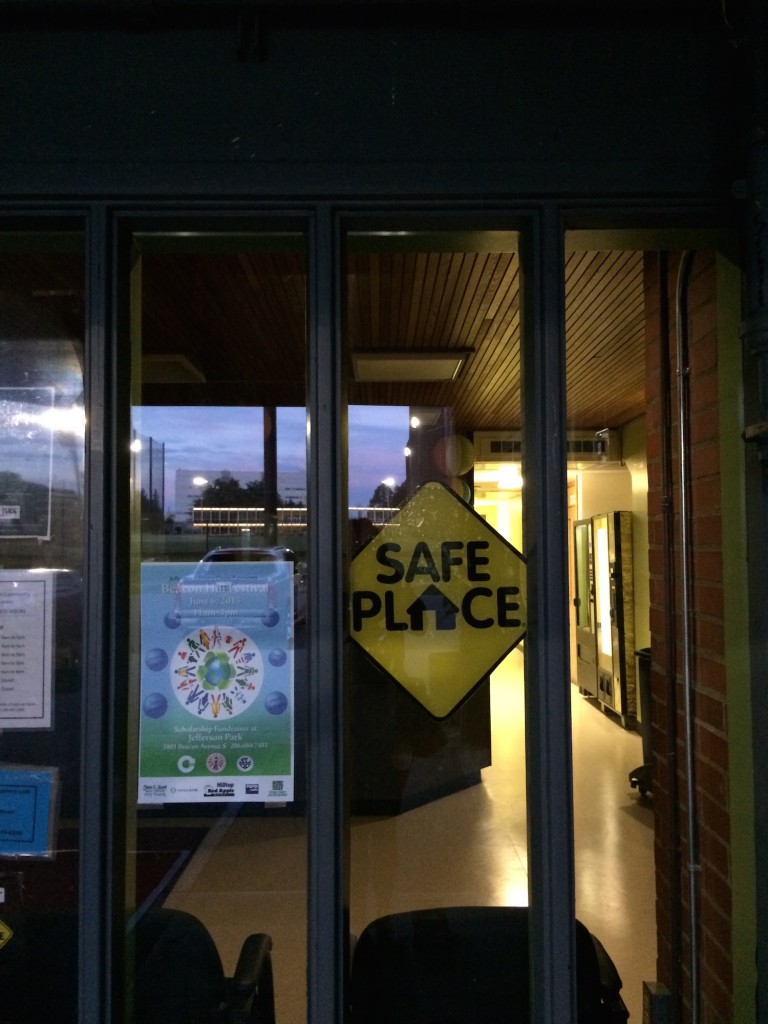