We have conducted several studies to understand the acceptability of sensing and inference systems in the home. The first study used an anonymous postcard and surveys to understand and characterize the private moments that occur in the home that participants would not want recorded, which was published at UbiComp 2011. The second study used sensor proxies to probe people’s responses in situ to sensing and inference systems. This work was published at UbiComp 2012, where it was nominated for best paper. Both studies were funded by and conducted in collaboration with the former Intel Labs Seattle. 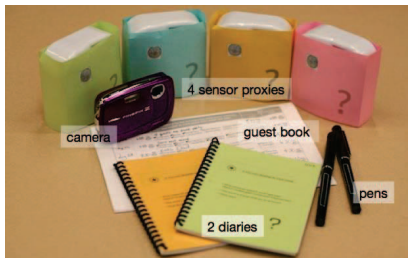