A gap between the academic human-computer interaction community and the game development industry has led to games not being as thoroughly influenced by accessibility standards as most other facets of information and communication technology. As a result, individuals with disabilities are unable to fully, if at all, engage with many commercial games. We conducted a pair of complementary empirical studies intended to understand the current state of game accessibility in a grounded, real-world context and identify issues and barriers. The first study involved an online survey of 55 gamers with disabilities to elicit information about their play habits, experiences, and accessibility issues. The second study consisted of a series of semi-structured interviews with individuals from the game industry to better understand accessibility’s situation in their design and development processes. This work was published at ASSETS 2013. 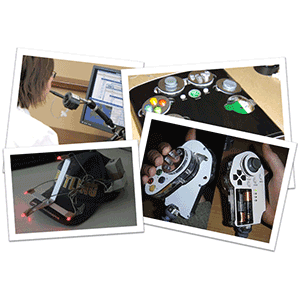