Dr. Webb’s research focuses on the use of electroencephalography (EEG), event-related potentials (ERPs), eye tracking, and behavioral measures to study how infants, children, and adults learn about their social environment, and how that learning is impacted by developmental disruptions.
Her current work covers several areas including (1) attention, perceptual, cognitive, and social abilities in individuals with developmental disabilities including autism, Fragile X, and developmental delay; (2) early risk markers and protective factors for ASD; and (3) development of biomarkers for use in clinical trials. These projects represent an effort to understand the neural circuits that contribute to and underlie atypical development. Currently, she is the principal investigator of several projects sponsored by the NIH and has had funding from Autism Speaks, Autism Science Foundation, SFARi, Korean Foundation, and Seattle Children’s Research institute.

Rachel Earl is a child clinical psychologist who specializes in neurodevelopmental disorders, specifically the neuropsychological and genetic correlates of autism spectrum disorder. Dr. Earl completed her doctorate at the University of Washington, residency at University of North Carolina Chapel Hill, and postdoctoral fellowship at Seattle Children’s Hospital. She has specialized expertise in phenotypic characterization of individuals with intellectual and developmental disabilities and rare genetic mutations. Dr. Earl is passionate about fostering research engagement for families of individuals with developmental disabilities, thereby building close family-research partnerships and connecting families with personalized community and resource supports.

Dr. Kurtz-Nelson received her PhD in school psychology and MS in special education from the University of Oregon. She completed her clinical training at the Munroe-Meyer Institute, University of Nebraska Medical Center in Omaha, NE. Her research and clinical work center on the prevention of severe challenging behavior and the promotion of positive caregiver-child relationships for children with intellectual and developmental disabilities. Outside of work, Dr. Kurtz-Nelson enjoys reading, traveling, going to concerts, and spending time with her family, friends, and dog.

Dr. Arnett studies brain-behavior relationships in children with developmental disorders. Her research is primarily focused on genetic and neuropsychological factors associated with atypical attention, memory and learning. Dr. Arnett received her degree in Clinical Psychology from the University of Denver and completed her clinical training at Seattle Children’s Hospital. Outside of work, Dr. Arnett enjoys backcountry skiing, sailing, and camping with her family.

Dr. Ahlers received her PhD in clinical psychology at the University of Montana and completed her clinical training at the University of Arizona College of Medicine in Tucson, AZ. Her research and clinical work focus on the diagnosis and treatment of psychiatric comorbidity, including traumatic stress and challenging behavior, in youth with developmental disabilities as well as the dissemination and implementation of evidence-based practices. In her free time, Katie enjoys being outside and spending time running, hiking, doing yoga, and skiing.

Tara is a fifth-year doctoral student in Clinical Psychology at Seattle Pacific University. Her research interests primarily focus on biological indices of neurodevelopmental disorders. She is particularly interested in investigating endophenotypes of ASD and ADHD. Her clinical work focuses on treating OCD and affective disorders for neurodiverse youth. In her spare time, she enjoys hiking, going to local concerts, and writing poetry.

Alana graduated from Western Washington University with a B.S. in Geology. As an undergrad, Alana worked as a Laboratory Assistant in the WWU Department of Biology as well as the UW Department of Pharmacy. Her love of science brought her to work at the Bernier Lab. She currently builds databases and manages the data collected from all of our studies. Alana also pursues musical theatre professionally and performs at local theaters, including the 5th Avenue Theatre, Seattle Children’s Theatre, and Village Theatre.

Koko graduated from the University of Washington with a B.S. in Psychology. During her undergraduate career, she interned and completed an Honors Thesis with the RAB Lab. She also assisted in research labs focusing on eating disorders, stress and development, and learning and memory. Koko hopes to pursue medical school and to continue to research pediatric neurodevelopmental disabilities. Outside the lab, Koko enjoys running, hiking, crocheting, finding cool science jokes, and watching documentaries with friends.

Research Study Coordinator
Wesley graduated from Seattle University with a B.S. in psychology and a minor in biology. As an undergraduate, he volunteered in Center for the Study of Health and Risk Behaviors and the Cognitive Neuroscience of Language Lab at the University of Washington. Wesley’s research interests focus on perceptual processing differences in individuals with ASD using EEG and neuroimaging methods. He ultimately hopes to pursue a Ph.D. in cognitive neuroscience focusing on auditory processing in individuals with ASD. Outside of the lab, Wesley enjoys playing with synthesizers, watching sports, exploring Seattle’s flora and fauna, and cooking with friends.

Christina graduated from Seattle University with a B.A. in Biology and a B.S. in Psychology.  As an undergraduate, she interned here with the RAB Lab,  the Neuro-ICU at Swedish Medical Center, and the Psychology Department at Seattle U as an undergraduate research assistant.  Christina’s research interests lie in the cognitive and behavioral neurosciences, aiming to pursue a Ph.D. in one of these fields one day.  Outside of lab, Christina enjoys going to concerts, spending time outdoors, and finding the best happy hours in Seattle! 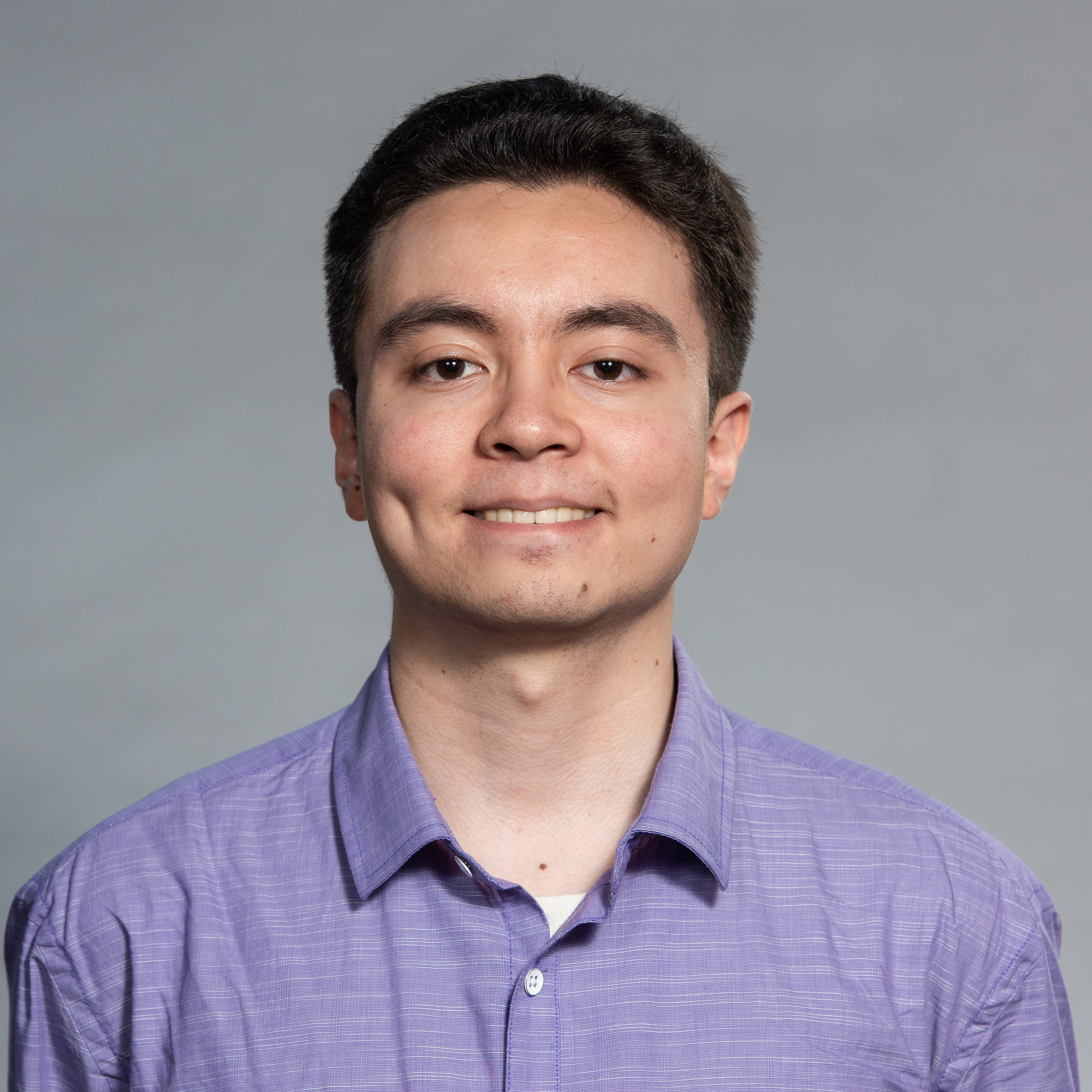 Curtis graduated from the University of Washington in June 2017 with a premed degree. He is interested in neurobiology and its effect on behavior of both neurotypicals and neuroatypicals. As an undergraduate, Curtis was one of the original members of UW’s HuskyMOSSAIC program. After graduation, he became an Advisory Board Member for UW’s HuskyMOSSAIC and continues to attend their monthly social gatherings, offering advice/feedback on strategic planning. In his free time, Curtis enjoys listening to music, singing karaoke and performing with choirs, watching network TV, watching Japanese anime, and local Seattle and UW sports. Fun Fact: Curtis memorized 355 digits of the number Pi in 10 minutes during a 7th grade Pi Day contest!

Daniel graduated with a B.S. in Psychology from the University of Washington. During his undergraduate career, he was involved in the Psychology Honor’s program and interned at the Seattle Children’s Research Institute, assisting in autism research via neuroimaging. After graduating, Daniel then worked as a behavioral interventionist to implement ABA (Applied Behavior Analysis) therapy for children with ASD in home and community environments. Daniel hopes to pursue graduate school for a Ph.D. in clinical psychology and to continue research in autism. Outside the lab, Daniel enjoys to sing a cappella, drink coffee in cute coffee shops, obsess about Marvel superhero movies, and play Dungeons and Dragons (yes, it’s as nerdy as it sounds).

Theo obtained a Master’s in Public Health from the University of Edinburgh in 2012.  He has experience working with all age groups of the ASD population, in a variety of capacities, spanning the entire continuum of ASD.  He is interested in health care service delivery to marginalized patient populations, specifically health care scenarios involving peripheral-careers (informal and professional) centered around young adult patients on the spectrum.  In his spare time, Theo enjoys growing spare thyme and never making bad puns.