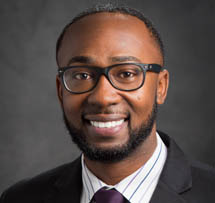 Dr. Charles Lea furthered his passion for research on juvenile justice and reintegration of formerly incarcerated Black men while working as a policy analyst for a project on employment among juvenile offenders. The first of his family to attend a university, Lea earned his undergraduate degree in Sociology and then an MSW, where he honed his analysis of structural barriers to thriving. During the “War on Drugs”, an era characterized by steeper penalties for illicit drug offenses resulting in a substantial expansion of the U.S. prison population, Lea observed the cycling in and out of prison among people he knew firsthand. He came to realize that while individual choices played a part, larger structural influences, such as disadvantaged neighborhoods and lack of employment opportunities, played an outsized role in determining the economic and health outcomes of young and adult Black men. “People are resilient only if the resources are there to be resilient,” Lea said in an interview.

Knowing that he needed the research skills necessary to pursue targeted policy objectives with regard to this population, Lea earned a PhD while taking active part in the BLOOM Initiative (Building a Lifetime of Options and Opportunities for Men) intended to help young Black males in south Los Angeles flourish. With a growing understanding of the public health implications of the re-integration of formerly incarcerated men, Lea began his research on condom distribution within prisons, examining the evidence on consensual sex among those within the prison system, as well as health outcomes for the greater re-entry communities.

Lea begins with a positive framework for research questions. “Traditionally, most researchers focus on deficiency factors related to incarceration and recidivism, but I’m really focused on racial and ethnic factors that buffer and protect Black men from [the negative effects of] mass incarceration,” said Lea. “Among 10 individuals released to the community, nine may recidivate, but what about that one who didn’t?” Lea uses mixed-methods approaches to answersuch questions, particularly in three areas of research: 1) Environmental and structural factors,especially a positive emphasis on culture and race, that work to curtail the school to prison pipeline; 2) Stress, including historical trauma, acute trauma and chronic stressors, and the coping mechanisms experienced at re-entry for the formerly incarcerated, and their influences in outcomes over the life course; and 3) Adoption of institutional and social policies for formerly incarcerated Black youth and men, with an emphasis on protective factors and buffers. Lea has a passion for community-based participatory research, where community members, organizational representatives, and researchers act in partnership to translate effectual research into evidence-based community initiatives. When asked about funding for such research, he quoted one of his mentors: “If you follow your passion, the money will follow you,” indicative of Dr. Lea’s eagerness for a fully integrated, personal and professional, social justice world view.