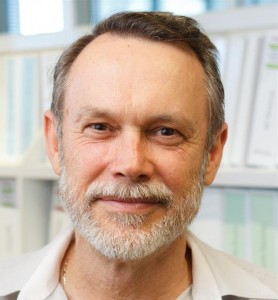 Dr. Hadgraft now teaches and develops curricula at the University of Technology Sydney, Australia. He has been involved in engineering education research since the late 1980s, and his work has focused on developing authentic, project-based curricula in engineering.

The profile below was authored by Cheryl Allendoerfer, University of Washington, based on an interview with Dr. Hadgraft in 2014.

From Hypertext to Project-Based Learning

When I joined Monash University as a faculty member in 1986, I was looking for a Ph.D. dissertation topic, and thought I’d do something in expert systems. But my supervisor said, “Let’s investigate this thing called hypertext, which I think is going to be important in the future.” And of course now we have the World Wide Web, which we all take for granted. So I got into the area of computer assisted learning or knowledge management, and I started to use hypertext software to give lectures to my students. (This was before PowerPoint.) However, their response was, “Why don’t you just print it for us?” My colleagues asked, “Why would you bother making electronic documents?” So, I was a bit disillusioned.

Then one day I was running a surveying practical class, and I noticed how engaged the students were with the activity, and I thought, “Wow, this is really good. I wonder how I could make this kind of student engagement happen every day?” I talked with somebody in our higher education unit who said that it sounded like problem-based learning. And that’s where it all started. I still had this technology thing bubbling along in the background, but I really got excited about the idea of having students engaged in project work rather than sitting in lectures and doing tutorial problems. Then it took me another couple of years to figure out how to bring these two pieces together.

Around that same time, the Australasian engineering education community came together with the first national conference being in 1989, and the first one I went to was in 1990 at Monash University, where I was teaching. One of the senior people who brought that community together was Zenon Pudlowski. He was a major influence and got me connected to a global community of emerging scholars. Over the next few years, I had support from my heads of department, and there were other people in the department who I convinced to make changes in their courses. So gradually there was this little kernel of people who got interested in helping students be more active in their classes, mostly around small project work, so there wasn’t that sense of aloneness. There was actually a little team at Monash University of folks who were making a bit of a mark in terms of engineering education on a national scale.

Later I worked in the Center for Learning and Teaching at Monash University, half-time along with my teaching. Then another university in Melbourne, RMIT , was looking for somebody like me to lead their curriculum revision, so I moved there. The university was in the middle of what they called program renewal, and civil engineering was at the top of the list, so that suited me perfectly. So I went there and we introduced a project-based curriculum in civil engineering, and then in chemical engineering and environmental engineering.

The thing that really interests me is helping people create more relevant and authentic engineering curricula. I guess that’s what’s driven me along— the question of how to adapt engineering curricula to be more authentic to what it is that engineers do. I saw project-based learning as the vehicle for that, where I can see students get engaged and start to connect the dots for themselves. There was also a need to justify why we should do this, and more and more of the writing that I did was around the idea of what are the capabilities that engineering graduates need, and how does that relate to this idea of designing curricula around project-based learning. That was really the driver.

When I was starting to work in this area, no one really saw engineering education research as serious research. I think the shadow of that lingers on. At that time, we were just starting to ask questions like, how do we use computer technology to assist students’ learning? That question really hasn’t gone away. Also, with problem-based learning, the question is how do you redesign courses and programs to be different now that the teaching methodology —the pedagogy— has changed? I think traditionally, engineering research meant being down in the lab, breaking concrete cylinders or doing something where you are dealing with real stuff and taking measurements. Whereas we were trying to grapple with these messy things called students who, given a standard classroom, will behave in as many ways as there are students in the classroom. There has been a gradual shift over the last 25 years. There has been much more emphasis on qualitative methods, and much less emphasis on trying to prove things statistically.

Persevering is a challenge. It’s amazing how slowly change happens. Sometimes I feel like I’ve been having the same conversations for 25 years and, of course the whole environment is changing, and I think that’s what makes it increasingly difficult. I think that both U.S. universities and Australian universities are gradually being restricted in terms of the resources and funding that are available to them, while at the same time the numbers of students have increased. Funding hasn’t increased proportionately and, of course, universities are demanding much more research effort from all their people, so teaching is the squeezable thing in the middle.

Support from deans and heads of departments has been very important. I was lucky at Monash, and I was lucky when I went to RMIT that the senior people in the school said, “Yes, we’re going to do this, and we’re going to revitalize the curriculum in this kind of way.” When you have that kind of senior management support, you can do these things. You can bring staff along with you, because they know that the direction has been set that these are the new rules. A few people will grumble or disagree, and it might take them three or four years to get their heads around it, but at least they tend to move in the right direction.

Promoting PBL and Nurturing the Community

I think my one good idea has been project-based learning. When I look back at all the time I’ve spent over the last 25 years, I’ve been constantly nudging people in that direction, saying engineering is really a “doing” profession. We sit students down and lecture them and teach them fluid mechanics, and it’s all very well, but they don’t necessarily know what to do with the fluid mechanics —how it applies. But if you give them project work activities, then they suddenly go, “Ah, now I understand what this stuff is for!” That was what we originally did at Monash, shifting courses into project mode without necessarily changing the entire curriculum, although in the end we did do some curriculum redesign. So out of that good idea about how we can have more project-based learning in engineering, we redesigned the civil engineering curriculum at Monash.

I think the other thing that I have done over the last ten years or so has been to more consciously nurture others in the community. I joined the national executive of the Australasian Association for Engineering Education back in 2002, and that put me in the role of nurturing the association, but also nurturing younger people as they came into this business —encouraging them and helping them to connect with other people. Eventually I became president of the association in 2008, which is an important role, as it is just connecting people, working together across universities on national projects, and helping people find other people who they can work with.

I think it’s very difficult for graduate students entering engineering education research, because for them, it’s a very different research world than what I kind of stumbled into. For us, it was much more of a frontier, and you could go and do almost anything, and it looked novel. Now, of course, there’s much more pressure to be operating at the world’s best practice as quickly as possible, and also there’s a much bigger community of scholars, and the work is, I think, appraised much more critically. Then on the other hand, there is so much more work to read and to benchmark yourself on. So I think in that sense perhaps these two things balance out.

Graduate students should try to find a community that will support them. Admittedly, some students are much better at that than others; that is, they’ll hunt around the university and find the other kindred spirits, who may be in other departments or schools. I think the important thing is building connections across schools and departments and faculties, and also across universities. In Australia we had, until 2016, a small national funding agency, kind of like the National Science Foundation, that provided learning and teaching funds, and generally all of those projects have partners from different universities. So we tend to think like a national community, and we now more consciously try to connect grad students in that space across universities.