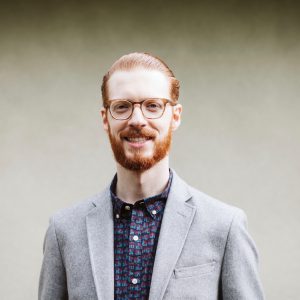 Will Kearns is the current Student Representative for the Research Computing Club on the Hyak Governance Board at the University of Washington, speaking on behalf of RCC members and other students on campus. Since becoming an RCC member in 2015, he has remained an involved member of the group, holding two different officer positions. As Research Coordinator, Will worked on developing our mentorship program, and later as President, he worked to significantly increase our Mox and Cloud computing resources. When asked about his motivation for staying involved, Will notes that more student leaders were needed as the group expanded and that he wanted to ensure a diverse set of students and departments were represented in the group. He further notes that seeing undergraduates get paired with a lab through the mentorship program and having the opportunity to work with Rob Fatland, Jim Pfaendtner, Nam Pho, and others on RCC-related projects have been two highlights for him since joining the group.

As a 4th year graduate student in Biomedical and Health Informatics, Will’s research focuses on methods development for knowledge-based health dialog systems. More specifically, his dissertation work seeks to build and evaluate a conversational question answering system to assist caregivers of children with cancer. Will initially became interested in this work after spending time as a test grader, where he saw an opportunity to automate the process. This sparked the beginning of his study of computational linguistics, which has since grown to applying these methods to improve patient care. He now uses Hyak during the training process of both biomedical language models and dialog system components. Will is also working alongside UW Medicine and ITHS to make HIPAA-aligned computing resources and de-identified medical records available for students on campus through funding from the STF.

Outside of research, Will spends his time as Co-Founder and CIO for Nuri, a company that he started in early 2018 to enhance patient-provider communication through Artificial Intelligence. He also enjoys spending time outdoors whenever he can. When asked if he had any advice for young researchers interested in High Performance Computing/Cloud research, Will advises to get started right away and begin developing those skills in parallel to building domain knowledge. He also notes that there are a lot of open datasets available online that one can work with and encourages students to utilize RCC resources throughout the learning process.