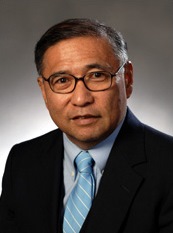 Charles Yokomoto has worked at Indiana University–Purdue University Indianapolis (IUPUI) for more than 30 years. His research gradually changed from technical research to engineering education. He worked on projects involving the Myers-Briggs Type Indicator model and other psychological scales to investigate learning styles of students at his institution. He was involved in the ABET accreditation process at his institution and participated in different projects involving learning styles throughout his career.

This profile was authored by Joel Alejandro Mejia, Utah State University, based on an interview with Dr. Yokomoto in 2014.

The transition from technical research to engineering education involved a gradual change and a series of events. I was an electrical engineering researcher until about 1980 and received my first promotion and tenure in 1974, based on technical research. One of my colleagues used to attend the American Society for Engineering Education (ASEE) meetings, and he would bring back classroom methods and share them with our faculty. At that time, my impression of ASEE was that its main focus was on classroom and laboratory teaching. After some time, the dean of the School of Engineering and Technology encouraged several faculty members to attend an Effective Teaching Institute at the Rose-Hulman Institute of Technology. Lee Harrisberger conducted the workshop, and he introduced us to a model of learning styles and the Myers-Briggs Type Indicator (MBTI).

At that time, I had already observed many different learning styles in my classroom and the sports that I coached, but I was unaware that there was a model that would fit my observations. In the classroom, I had observed that there were students who tended to focus on drill and sample problems, yet had difficulty with problems that were quite unlike the homework problems and examples. I also saw students who were successful at solving the more difficult problems but were tripped up by the most basic of problems. I didn’t realize at the time that this was not simply a matter of choice, but more a matter of human perception.

During the Effective Teaching Institute at Rose-Hulman, I learned more about learning and behavioral styles. When Dr. Harrisberger described the Sensing-Intuition scale of the MBTI and the learning styles associated with it, I immediately realized that this scale might just be aligned with my observations, both in the classroom and on the tennis and volleyball courts. I started getting interested in learning about how students differ in how they learn, and I immediately began doing engineering education research in the classroom. I started going to ASEE section meetings and Frontiers in Education (FIE) meetings in about 1980. From then on, I did a lot of work on engineering education.

My new interest in engineering education research was very exciting and eye opening, because it contradicted what many teachers generally believed. I began to see that there were formal models behind how people learn, and that’s when I started getting interested in problem solving and learning styles. For the most part, people believed that the more homework you do, the better you do on exams, and they encouraged students to do more homework and solve more sample problems.  I bought into that argument, because it worked for me.  I decided to use the sensing-intuition scale of the MBTI to confirm this, looking at the correlation coefficient between performance on exams and scores on homework problems and quizzes.  I expected that the correlation coefficient would be higher for Sensing types than Intuitive types, but the results were in the other direction.  The correlation coefficient was higher for Intuitive types than for Sensing types.  In addition, the slope of the regression line was higher for Intuitive types.  This immediately triggered a deep interest in studying the relationship between problem solving and learning styles, a study that took several years to investigate.

This pilot project was my entry point into engineering education research. This was my first formal experience, but because of this project, I was able to characterize what I had previously observed in my classroom.  It was also the first step in a long journey to my position as Director of Assessment in my school and being elected as a Fellow of ASEE.

Collective work and support from peers

Other individuals influenced me when I started my work in engineering education research. Possibly the biggest influence came from Wilbert McKeachie, a longtime faculty member at the University of Michigan. In terms of learning—not specifically for engineering, but learning in general—Dr. McKeachie was one of my earliest influences.

Although McKeachie’s influence was very strong, other individuals had a stronger impact on my career as an engineering educator, but in an indirect way. One of these individuals was Donald Woods from McMaster University, through his dedication to teaching and learning. He used to attend ASEE meetings frequently and put on workshops. I attended a couple of workshops, and I also subscribed to his newsletter. He would include a lot of information about teaching, and I always looked forward to receiving his newsletters.

Other individuals that influenced my career were Karl Smith, Lee Harrisberger, and Bill LeBold. I sat next to Bill on the bus from Denver to an FIE at the Colorado School of Mines.  We talked about research methods and the importance of data and statistical analysis, and he helped me to put more rigor into my research.  In addition, a group of researchers from Mines—particularly Richard Culver, Ron Miller, Mike Pavelich, and their group—played an important role in my career development. Their research group used a model of intellectual development that came from the Harvard School of Business, and they applied it to their EPICS program. I used concepts from this model in my research with learning styles.

Overall, my participation at the ASEE and FIE conferences was a big source of energy and knowledge. There was a lot of emotional support, going to those conferences. We all shared the same ideas, even though the number of faculty doing research in engineering education was very small. The conferences and all the participants provided me with the feedback and emotional support to keep working in the engineering education field. My advice for graduate students interested in this field is to go to the right conferences. You have to make the connections, because when you make the connections, then it becomes easier to get a post-doc position or a research position.

The impact of interdisciplinary research

Our interdisciplinary research was accepted at a diverse array of conferences in engineering education and personality psychology. During my early years, a lot of the research we did was considered classroom research.  We didn’t have a lab where we could get student volunteers and put them through highly controlled experiments. We did the best we could with the data we could get from our classes.  I always tried to present papers with some data. I guess you could say that I was data driven, even back in the ’80s. I always had some physical demonstrations for my presentations to illustrate my main point. For instance, when I talked about learning styles, I demonstrated two juggling styles where each style required a different learning style, and I was able to relate the two learning styles with learning in engineering education. I always tried to engage my audience in order to make a lasting impact on the attendees.

My work in engineering education also led to serving  on multiple Ph.D. committees for students doing research on learning—some in the School of Education and even one in the Department of English. Also, due to my experiences in assessing student learning, I found myself leading the School of Engineering and Technology’s  outcomes assessment process for ABET accreditation for ten years.

I did not have to overcome many of the barriers that many junior faculty have had to confront in their efforts in doing research in engineering education, because I already had my tenure and first promotion when my interest changed from technical research to engineering education research.  However, the emotional support I received at the ASEE and FIE conferences was very significant. We would get the feedback and emotional support that was sometimes not available at our institutions those days.

Some institutions still have a narrow view and feel that engineering research should be technical in nature. Other places—those that have established engineering education departments—see things differently. For me, a key factor in leaving a lasting presence in engineering education in my institution was to become a full professor. As an associate professor, I would have had a smaller voice and might not have been appointed to several of the more influential campus committees.  I would say that the area where I had my most significant and lasting effect was in the outcomes assessment process for ABET accreditation.

Therefore, in order to make a lasting impact in engineering education in an institution that puts stronger importance on technical research, it helps to get to the full professor rank. You’ll first have to find out how to get your tenure. Choose places that will value your research. There are institutions concerned with undergraduate education, and you can get promoted on education research and have a lasting presence that way. You need to find out where to go by attending engineering education conferences and networking with others in the field. Don’t just sit in the back of the room and just stay by yourself or with other grad students. You have to get involved. You have to get involved with people in positions where they can help you.