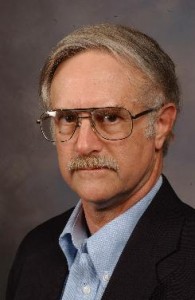 The profile below was authored by Lauren D. Thomas, University of Washington, based on an interview with Dr. Venable in 2014.

I came to West Virginia University as a graduate student in the mechanics Ph.D. program. I got to the stage when it was time to start a dissertation, and I couldn’t quite match up my interest in vehicle dynamics with a faculty member in the department. At the time, Helen Plants was doing work on program instruction in mechanics, and I was working as a part-time instructor. We happened to share an office, and that was the beginning of my introduction to engineering education. Helen was a member of the American Society for Engineering Education (ASEE) Programmed Learning Project, so she had finances to develop program instruction.

The ASEE Programmed Learning Project was one of the earliest significant influences on legitimizing “engineering education” as a discipline. Starting in about 1964, under the leadership of Arnold Roe, a group of faculty in several institutions attended summer workshops and then were supported in developing programmed learning texts.  Augustin (Gus) Root, an engineer who had become a behavioral psychologist, taught educational theories and served as project advisor.  His ASEE workshops were highly motivational as well as informative.

I joined the project with her and became her assistant. Later, I became her partner in writing programs. She had previously done a programmed instruction project that had been commercially published, and she had a little standing in the community at that point. I got involved in ASEE and was influenced by a lot of the pioneers in the field. While we were thinking about moving forward with the work we were doing, the head of the Curriculum and Instruction Department said we could create a program for engineers in the College of Education. I moved over to the College of Education and got a doctorate in education. Originally, I had no particular intention at all of being in education; I intended to go into research work. I was trying to be an engineer, but as we went along, we became engineers in education, trying to engineer education. It wasn’t a matter of moving out of engineering, but seeing engineering in a new way.

Helen and I were working on developing programmed instruction for three different courses. The textbook for each of the courses ran somewhere over 1,500 pages, so you’re talking about 3,000 to 5,000 pages, and the challenge is to keep moving along. Each of the courses had 30 units and it takes something like a week, even at high speed, to get a unit together. So the challenge was getting it out to 100 students in the course as we developed it. We also had to do evaluation work, not only from the standpoint of recording externally for publication what we were doing, but if you do innovation in a course, other people teaching the course will challenge you to prove that you’re doing a good job. We had the challenge of proving we were doing at least as good a job as anyone else. Then it became the challenge of proving that we were still better than anyone else. We realized we could do educational design.

Charlie Wales came to West Virginia a year or two after I started working with Helen Plants. Charlie was a proponent for the phrase or title “educational system design.” System design itself in the engineering world was a relatively new concept. There were a lot of changes taking place in engineering at that time, and so as things went on we found ourselves designing education for engineers in a systematic way—engineering education, not just the education of engineers.

Some of the psychologists whose work influenced engineering education were Robert Mager, Fred Keller, and B. F. Skinner. They all were focused on developing education from multiple perspectives. At West Virginia University, as we developed the doctoral program, we found that the behavioral psychologists thought like engineers. When they explained psychology in their terms, we thought, “That stuff is a lot like product design and product testing.” The psychologists were in the business of finding outcomes and using positive reinforcement to achieve those outcomes. They clarified the situation greatly for us. Engineers have always started out by defining the problem, having a goal, and trying to find the tools to make a product or solution. What behavioral psychologists did was bring a way to design a product. Engineers were always finding student outcomes in behavioral terms, but they didn’t use behavioral words. They knew what they wanted, but they didn’t have the language that the behavioral psychologists gave us.

I think that a large part of my contribution was due to the fact that I was a young guy who was willing to open his mouth, particularly at places like ASEE. Lee Harrisberger set up a magazine with Helen and me, and we were involved in promoting the public image of education in engineering. It was not just us but a group of us, particularly Billy Koen and Jim Stice from Texas and some others, who were hustling to make the whole business legitimate and exciting, and to try to draw other people from engineering education into this kind of activity. It’s like standing up on the front of the midway and yelling, “Over here, folks! Over here, folks!”  It’s something not an awful lot of engineers are comfortable doing, but we had a good group anyway. We had 25 or so people from around the country, although not all of them were shouters. There were some people behind the scenes that did an awful lot—not that they weren’t visible, but they weren’t out speaking, preaching the gospel from the platform; they were behind us on committees and so on.  In that sense, I would say you really have to give a good look at Ed Jones, Joseph Biedenbach, and Larry Grayson, because they were behind the scenes guys building corporate support and organizational support. Ed Jones in particular was working with ABET and changing the program accreditation criteria, and Joe Biedenbach put together the Frontiers in Education Conference and its proceedings.

While we were talking about what we were doing, other people were building a structure to broaden the use of these things. There were people like Gus Root, who used to come into a group of engineers at the ASEE conference with an interesting approach: “Good morning, I’m Gus Root, and I used to be an engineer.”  Then there was silence. He would have the nerve to wait until somebody said, “Well, what are you now?” He would talk about how he had left electrical engineering and gone over to the psychology department to do a doctorate in behavioral psychology. That was the start of another dramatic change taking place. He wasn’t the only engineer to move from engineering into psychology.

I don’t worry about making valuable impact. My concern is, am I working on an interesting problem, and have I left people a trail of details of the work I did?  There are too many big impacts that really aren’t all that good. Our innovations need to be effective. You really have to show your colleagues that you’re doing a good job. In some cases, it’s a matter of showing them that you’re doing it better than anyone else. I was really, really lucky in that I got to teach freshmen, sophomores, juniors, and seniors.  I taught juniors and seniors in mechanical engineering, and the freshmen and sophomores in all areas.  I got to see the students grow. If you’re working at the sophomore level, you have to be sending along students to their junior courses with the prerequisites they need. If you aren’t delivering students who meet prerequisites for junior and senior courses, then you’ve got a problem. The further complication is that students will say, “No we didn’t learn that,” and what they mean is that they didn’t learn it very well and forgot it. The first thing about innovation is that it has to deliver a satisfactory and reasonably uniform product in terms of the students.

Secondary is that the students are saying, “Boy, that was reasonably good.” If the innovation lasts about ten years and is repeated, it is probably good. After ten years someone will say, “I have a new way of doing that.” Almost any innovation will fade out at some point. Even subject matter fades out, let alone a particular way of teaching it. If you innovate, it’s only an innovation as long as it’s new. Engineering education has always been innovative in one sense, and more conservative in another sense. That’s engineering for you. You have to make sure you’re doing things as a scholar, as well as a teacher. We don’t have a system, in most places, that recognizes and rewards just teaching. We should have a system that looks at faculty members, particularly in freshman and sophomore courses, and says, “You know, if they get an A in that class and graduate, and 80% of the students get an A, then that guy is doing a good job,” but we don’t have that. Anybody who tries to do what we did faces a huge challenge, because it’s not new. Innovation is innovation.