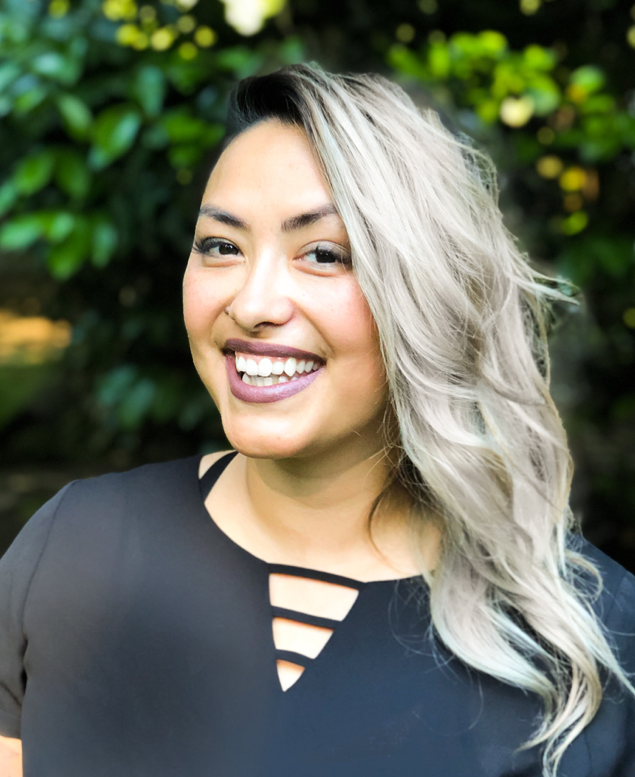 Nichole is an undergraduate double majoring in Psychology and Gender, Women and Sexuality at the University of Washington. She hopes to pursue a PhD in Clinical Psychology and is interested in researching more accessible therapy methods for oppressed populations including low socio-economic status, people of color, the LGBTQ community and women. Outside of the RISE Lab, she spends time consulting for social justice groups in her community and creating media. 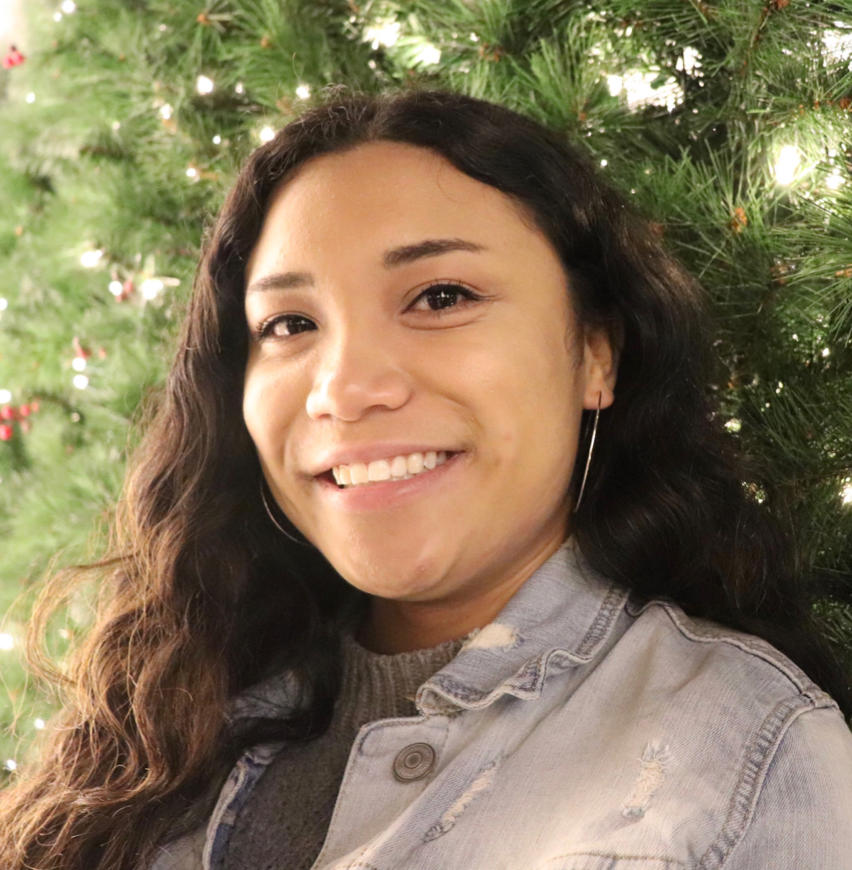 Gabrielle is an undergraduate student majoring in Psychology at the University of Washington. She assisted in project BASIC and presented a poster at the UW Undergraduate Research Symposium pertaining to effective implementation practices and policies in the delivery of TF-CBT in LMICs. She is interested in the delivery of mental health care to underserved populations. Gabrielle hopes to pursue a graduate degree in public health after graduation. 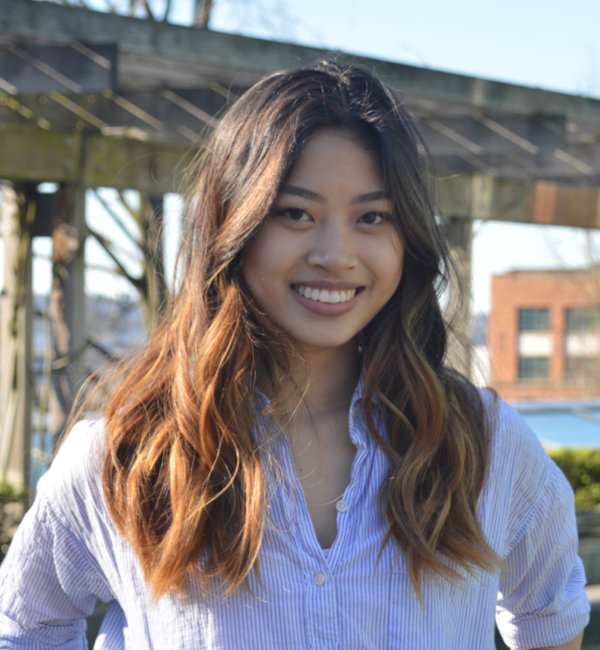 Teresa is an undergraduate double majoring in Psychology and Public Health at the University of Washington. She is interested in the mental health of children living in poverty and hopes to pursue a Master’s or PhD in Global Health. Prior to joining the RISE Lab, she taught English to special needs children in Ukraine and worked in the Social Cognitive Development lab at the University of Washington. 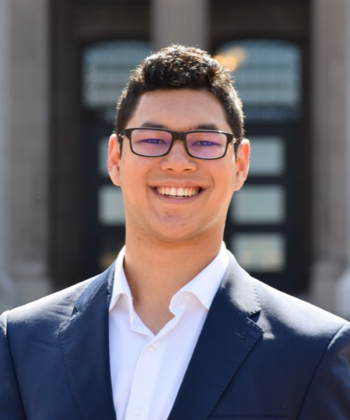 Cristian is an undergraduate student majoring in Psychology at the University of Washington.  Cristian is currently working on an honors thesis examining the mental health outcomes of children and adolescents who were treated by a CBT+ trained clinician. After graduating, Cristian aims to pursue his Ph.D. in clinical psychology. He is interested in global mental health and assisting those from impoverished communities receive the evidence-based mental health services that they need. 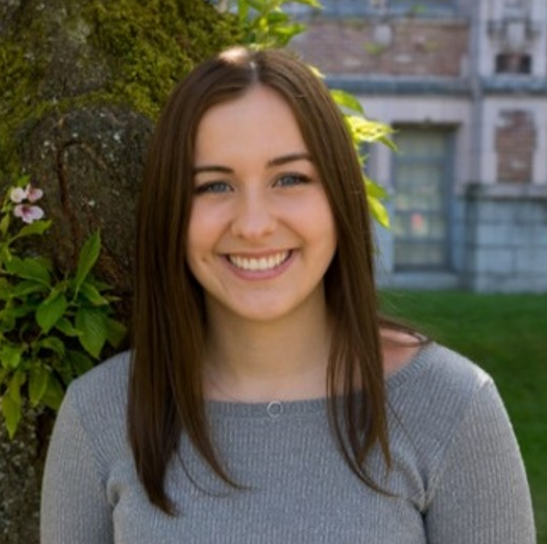 Grace graduated from University of Washington in 2018 with a Bachelor of Science in Psychology and received the President’s Medal. During her undergraduate career, she completed a thesis in the UW Center for Anxiety and Traumatic Stress on personality and behavioral risk factors for post-trauma psychopathology, and she was an intern at Seattle Children’s Hospital in the Psychiatry and Behavioral Medicine Unit. She is interested in implementation of evidence-based treatments within low resource settings leading to better patient outcomes. In the fall of 2020, Grace joined the PhD program in Child Clinical Psychology at the University of Miami with Dr. Amanda Jensen-Doss.

Kate Ben­jamin grad­u­ated from Whit­man Col­lege in 2014 with a major in Psy­chol­ogy and a minor in Span­ish. She vol­un­teered as a men­tor in the Walla Walla school dis­trict for at risk chil­dren and at the Seat­tle Autism Cen­ter in an inter­ven­tion study for young chil­dren diag­nosed with autism. After grad­u­at­ing, she joined Dr. Dorsey’s lab as a research assis­tant on the STEPS study. She is inter­ested in work­ing in the men­tal health field with chil­dren and ado­les­cents and would like to use her pro­fi­ciency in Span­ish to work with the Spanish-speaking pop­u­la­tion. In the fall of 2018, Kate entered the Ph.D. program in Clinical Psychology at Seattle Pacific University.

Vanna (Liang-Yu) Chen received her BA in Psychology at the University of Washington in 2013. She joined the Dorsey Lab as an undergraduate research assistant for the STEPS Project in January of 2013. Her main responsibilities were coding and conducting research interviews with study participants. Her research interests include enhancing clinical treatments for children and their families affected by psychological disorders. In the fall of 2014, she entered the MPH program at Columbia University Mailman School of Public Health.

Kate Conover joined Dr. Dorsey’s lab in 2008 as a research assistant for Project Focus, then as a research assistant/coordinator for Fostering Hope. In the fall of 2012, she entered the SDSU/UCSD Joint Doctoral Program in Clinical Psychology under the mentorship of Dr. Robin Weersing and Dr. Greg Aarons. She is interested in the ways in which youth mental health concerns, particularly youth anxiety, depression, and posttraumatic stress are identified and addressed in community settings.

After graduating from Seattle University in 2009, Julia joined Dr. Dorsey’s team as a research assistant/coordinator for the Fostering Hope Research Project and the Washington State TF-CBT and CBT Plus Initiative. Broadly, her research interests lie in the implementation and dissemination of evidence-based mental health treatments for youth, as well as child maltreatment and posttraumatic stress. In the fall of 2012, she entered the Child Clinical Psychology Ph.D. program at Virginia Commonwealth University under the mentorship of Dr. Michael Southam-Gerow. Julia graduated with the Ph.D in 2019 and began as a Post-doctoral Researcher at the University of California- Los Angeles.

Jes­sica Gar­cia joined Dr. Dorsey’s lab as an under­grad­u­ate research assis­tant in Jan­u­ary of 2011. Jes­sica received her BA in psy­chol­ogy in June of 2013 from the Uni­ver­sity of Wash­ing­ton. After graduating, she worked as a research assis­tant on the STEPS study and at Seat­tle Children’s Hospital. Her research inter­ests include dis­sem­i­na­tion of EBPS into com­mu­nity men­tal health, trauma, the applic­a­bil­ity of com­po­nents based ther­a­pies such as CBT+, and global men­tal health. In the fall of 2015, she entered the MSW pro­gram at Colum­bia University.

Meilin Jia-Richards received her BS in Psy­chol­ogy from the Uni­ver­sity of Wash­ing­ton in 2013. As an under­grad­u­ate, she joined the Devel­op­men­tal Path­ways Project (DPP) work­ing on a vari­ety of stud­ies. After graduating, she became a research assis­tant on the STEPS team and DPP. In the fall of 2015, she entered the Exper­i­men­tal Psy­chol­ogy Ph.D. pro­gram at Bay­lor Uni­ver­sity under the men­tor­ship of Dr. Sara Dolan.

Jane received her BA in Psy­chol­ogy from the Uni­ver­sity of Wash­ing­ton in 2010. She began her research expe­ri­ence as an under­grad­u­ate research assis­tant with the Devel­op­men­tal Path­ways Research Pro­gram in 2008 and con­tin­ued her work on numer­ous projects within the UW depart­ments of Psy­chi­a­try and Psy­chol­ogy, as well as at Seat­tle Children’s Hos­pi­tal. In the fall of 2013, she entered a Master’s pro­gram at New York University.

Stephanie Violante received her BS in Psy­chol­ogy at the Uni­ver­sity of Wash­ing­ton in 2013. She was an undergraduate research assistant for the STEPS project and the Devel­op­ment Path­ways Project (DPP). After grad­u­a­tion, Stephanie started working as a research assis­tant for both the STEPS study and DPP. Her research inter­ests include dissemination and implementation of evidence based practices for children in community settings. In the fall of 2016, Stephanie began attending the Virginia Commonwealth Univeristy Child Clinical Psychology Ph.D. program with Dr. Bryce McLeod.