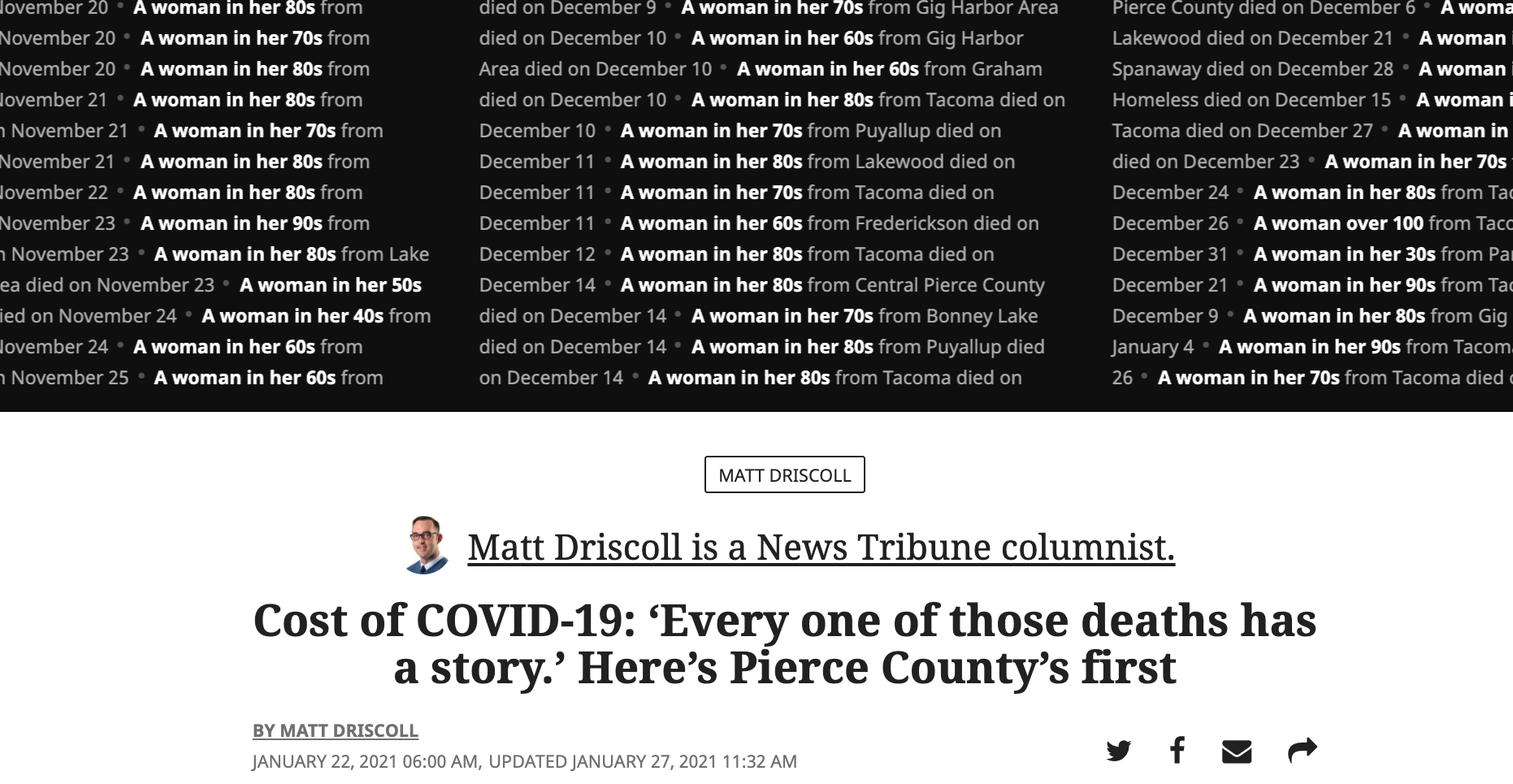 According to University of Washington Psychology Professor Shannon Dorsey, who specializes in the treatment of trauma in children and adolescents, everyone reacts to grief and loss differently.

Citing her experiencing working with death-related trauma, Dorsey said it’s important to provide space for people to talk about who they’ve lost — good and bad — while helping people understand they still have a connection with someone who has died.

Dorsey said healthy reactions to death often include finding ways to honor the deceased, including traditional funerals and other ceremonies associated with death. The curtailment of these cherished services due to COVID-19 precautions has been particularly hard on some, she noted.

Dorsey described this as part of the process of converting a relationship “from interaction to memory.”

“Keeping someone alive, keeping their memory alive, is being able to realize you still have a relationship with that person,” Dorsey said.

“One of the biggest issues for children, cross culturally, is we often don’t talk a lot about people who have died,“ she continued. “But things have to be talked about for children to process that grief and that loss.”

Asked what the potential lasting impact of the COVID-19 pandemic might be on the public — in particular those who haven’t been personally touched by death — Dorsey said that one day the health crisis will be something people are able to “put into context.”

Broadly speaking, Dorsey emphasized that “people are resilient,” while also noting that some will require help, and issues like isolation, increased substance use or short-term depression are likely to “reverberate.”

Importantly, Dorsey said that tuning out some of the negative news and headlines — consciously or unconsciously — can make sense right now for many people.

“How do you do your job that day and take care of your children if you allow yourself to really feel all the loss we’ve had?” Dorsey said.

Our new paper featured on UW NEWS among other news outlets 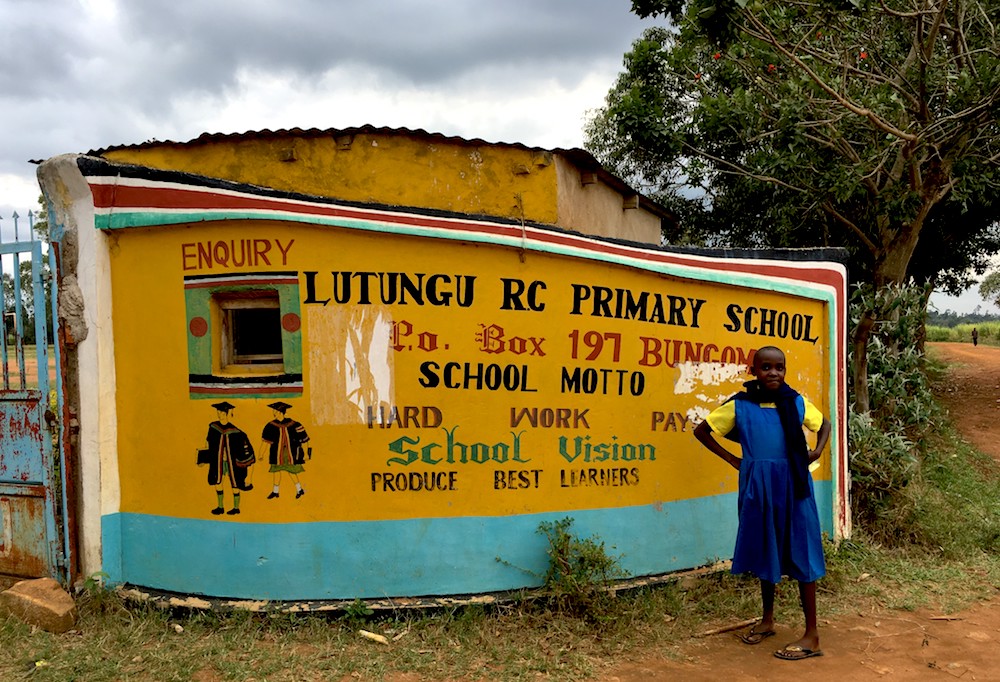 Our recent JAMA Psychiatry article comes from data on the Pamoja Tunaweza project, which delivered TF-CBT through task-sharing. Community health volunteers and teachers delivered TF-CBT to orphaned children in Tanzania and Kenya. We built on this project to launch Building and Sustaining Interventions for Children (BASIC). You can access the JAMA Psychiatry article and the study protocol for BASIC under the publications tab. 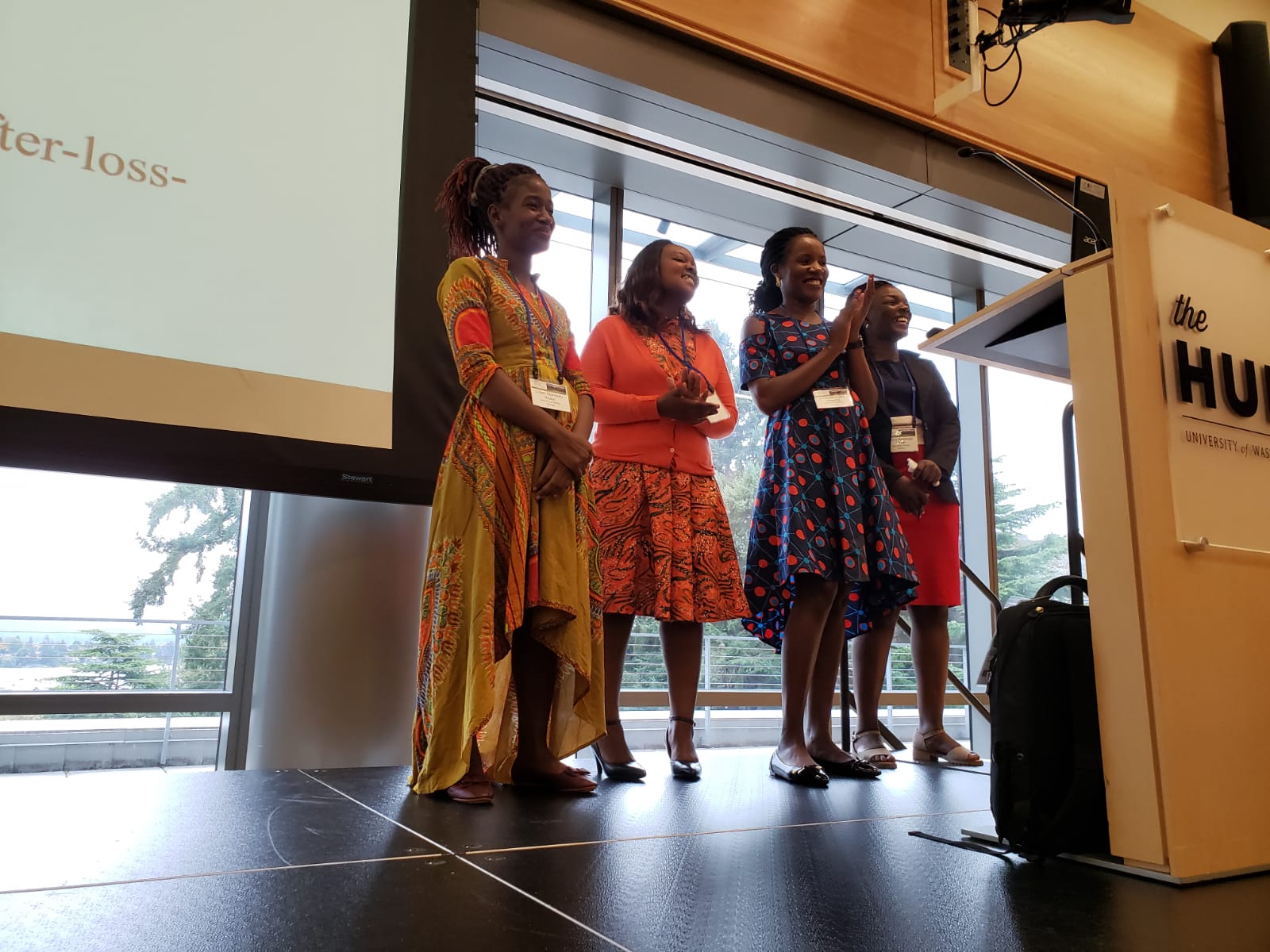 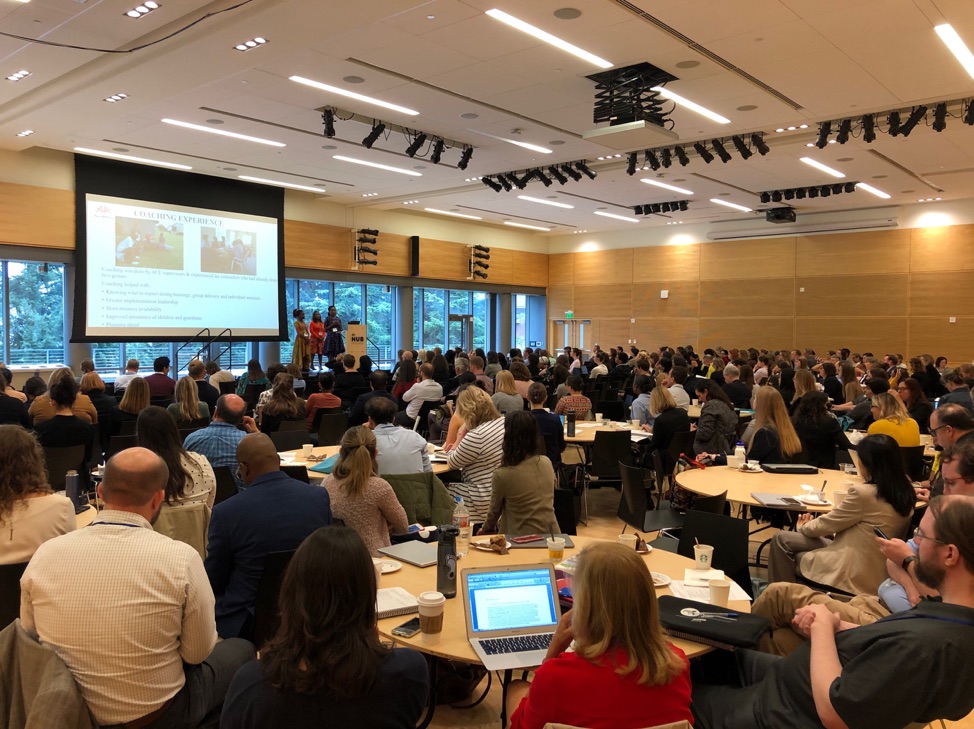 Below is a selection of tweets after the plenary directed at Dr. Dorsey and the Ace Africa BASIC Supervisor team: 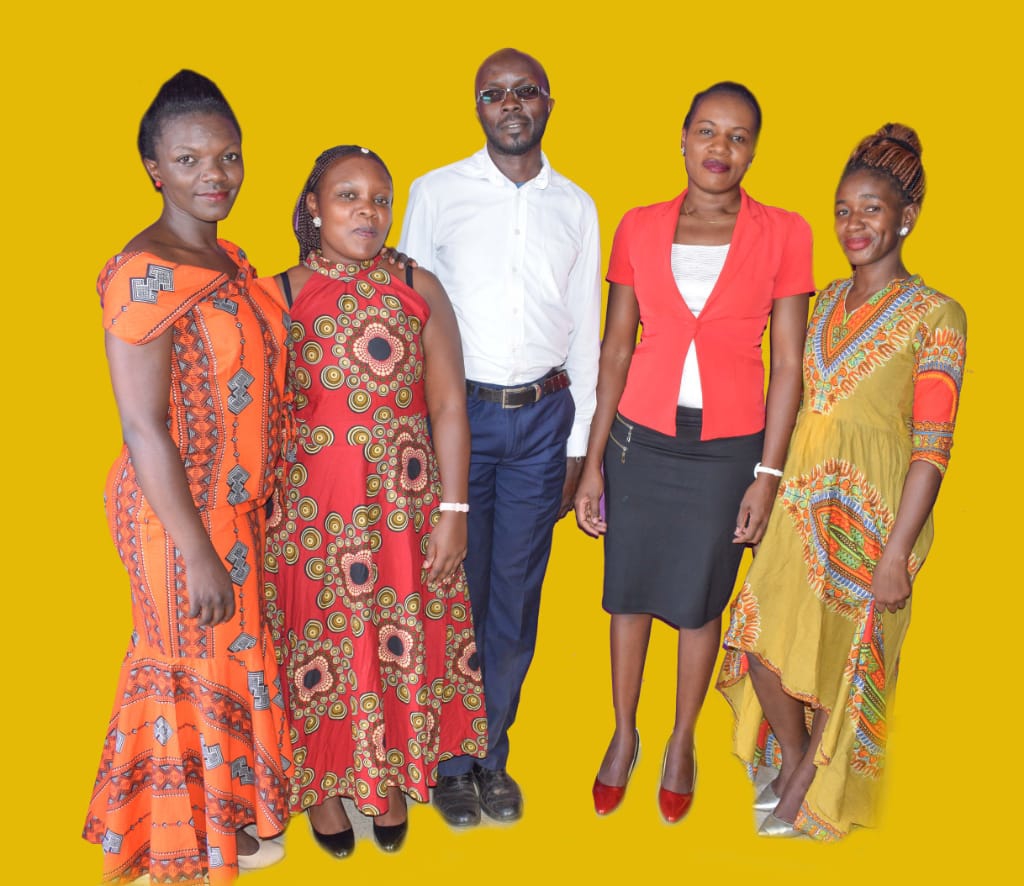 Presentation Information: September 13th, 2019 at the Husky Union Building (HUB) at the University of Washington in Seattle, Washington

Presenters from ACE Africa serve as supervisors and local trainers for lay counselors providing Trauma-focused Cognitive Behavioral Therapy (TF-CBT), in schools and villages. As part of an NIMH-funded study, they led a stakeholder-involved process to identify implementation policies and practices in education and health sectors that support successful implementation. Partnering with stakeholders, they co-developed and deliver implementation support for schools and villages beginning to implement TF-CBT.

Shannon Dorsey, PhD, is an Associate Professor in the Department of Psychology at the University of Washington. Her research is on implementation and effectiveness of mental health treatments for children and adolescents in the United States and globally in low-resource contexts.

The majority of the world’s population lives in low-income countries with extremely limited access to mental health care. This gap is largest in African nations, which have the world’s lowest ratio of mental health professionals: just 1.4 per 100,000 people.For more than a decade, a multinational team of researchers has been exploring ways to close that gap for nearly 50 million orphans in Africa who are grieving the loss of one or both parents. HIV/AIDS and respiratory infections are the leading cause of death.

Being orphaned predicts other problems – problems like substance abuse, dropping out of school, or unemployment. Orphans are also more likely to engage in risky sexual behavior that may lead to new cases of HIV — and perpetuate a vicious circle.

With a new, five-year $3.4 million grant from the National Institute of Mental Health, the team led by professors Kathryn Whetten at Duke and Shannon Dorsey at the University of Washington is testing how to help orphans in the Bungoma, Kenya, region.

Their strategy? Train local people with no mental health background to provide Trauma-Focused Cognitive Behavioral Therapy (TFCBT) in schools and community health centers, under the supervision of lay supervisors. The goal is to develop a blueprint for scaling up such a program on a large scale. Access the podcast here.