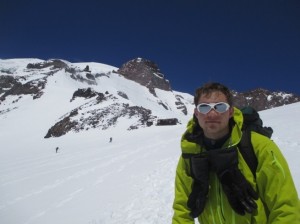 Chris graduated from the University of Tennessee at Knoxville in 2013 with a Bachelors of Science with a concentration in chemistry. As an undergraduate, he participated in research with Professor Michael Sepaniak. He was involved in multiple research topics including surface enhanced Raman spectroscopy (SERS), microfluidic lab-on-a-chip designs, and the coupling of thin layer chromatography (TLC) and SERS through conformal blotting. After graduating, he moved to Seattle to begin his graduate studies at the University of Washington with Prof. Synovec. He obtained his doctorate in April 2018.