The Bennett lab investigates the contribution of post-zygotic mutations on human development and birth defects, with a focus on vascular malformations. We also study the impact of rapid diagnostic genomic sequencing in management of children in intensive care units.

The impact of somatic mutation on birth defects

Almost all genetic sequencing in children is performed from blood derived DNA, which implicitly assumes that the genomes of blood cells are the same as every other cell in the body. Because errors occur in DNA replication with every division, and an enormous amount of cell division occurs during human development, we know that all children are born with genetic variants that are not present in every cell in the body.

This has major implications for diagnosis of children with genetic disorders, since pathogenic mutations that are absent, or present at low levels in the blood will not be detected by current standard methods. (Mosaicism by Dana Jensen)

To address this, the Bennett lab is developing methods for accurate detection of these low-level mosaic variants. We are measuring the baseline rate of post zygotic mutation during human development, with a goal of defining the global tissue distribution of somatic mutations present in a newborn infant.

Vascular malformations are a heterogeneous and common group of disorders characterized by abnormal development of arteries, capillaries, veins, and 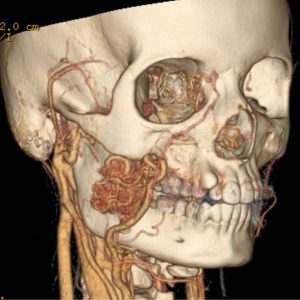 Recently many of these “sporadic” vascular malformations have been recognized as being due to post-zygotic mutations. In collaboration with Dr. Jonathan Perkins, Director of the Vascular Anomalies Program at Seattle Children’s Hospital, the Bennett lab is working to identify disease-causing mutations in a large cohort of patients with vascular malformations. In addition to discovering novel genes, we are correlating genetic causes with detailed clinical information, which can be used to provide additional prognostic information for individuals with these conditions, and will lead to novel therapies.

Exome and genome sequencing has revolutionized molecular diagnosis of children with rare genetic disease. A large number of publications have already shown that 25-50% of children with congenital malformations and/or genetic encephalopathies will be diagnosed by exome or genome sequencing. However, the impact of these specific molecular diagnoses on inpatient management has not been demonstrated. A major hurdle for testing in this setting has been the traditionally slow turnaround time (4-6 weeks or longer) for genetic testing. This is usually too slow to impact major decision making in the inpatient setting.

Taking advantage of the availability of clinical exome sequencing with rapid (~1 week) turnaround times, the Bennett lab is leading a project within Seattle Children’s hospital (the Rapid Inpatient Genomic Testing, or “RIGhT” project), which is measuring the impact of this kind of testing in critically ill patients via retrospective chart review. Our hypothesis is that rapid molecular diagnosis leads to improved decision making in the ICU. This project is a collaborative effort with faculty of the Division of Genetic Medicine and the Department of Lab Medicine. 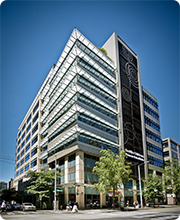 The Bennett Lab and the Center for Developmental Biology and Regenerative Medicine are poised to make important discoveries that will help improve care of children with birth defects and other genetic disorders. We can’t do it alone – much of the center’s success in research and in obtaining federal funding is due to pilot research projects funded through philanthropy. Consider making a donation here.