A început ploaia – Fighting for the right to housing in Bucharest

A început ploaia – Fighting for the right to housing in Bucharest

A film by Michele Lancione

Short synopsis
Accordingly to Amnesty International, in Romania ‘the right to housing is not effectively recognized or protected by national legislation’ and Roma people are ‘disproportionally affected’ by forced evictions. A început ploaia is the first feature documentary narrating the full history of, and reasons behind, this continuous harassment and displacement. The film follows the story of the Vulturilor 50 community of Bucharest (100 individuals), whom dwelt on the street from September 2014 to June 2016 in order to fight against the eviction from their home, enacting the longest and most visible protest for housing right in the history of contemporary Romania. The vicissitudes of this community are interpolated with a number of interviews with activists, scholars and politicians, composing a picture that speaks of racial discrimination, homelessness, evictions, but also of grassroots practices of resistance and social change. A început ploaia is the touching testament to the everyday revolution of Roma people fighting forced evictions from the centre of Bucharest, an endeavour made of fragile dwellings, provisional makeshifts and tenuous – but fierce – occupancy of public space.

A inceput ploaia – Trailer (ENG) from A Community Productions on Vimeo.

WORDS FROM THE DIRECTOR, MICHELE LANCIONE

The documentary is the result of more than two years of video-ethnographic work around forced evictions against Roma people in Bucharest, Romania. The director, Dr Michele Lancione, is an urban ethnographer working at Cardiff University. If at first his involvement with the Vulturilor 50 community was solely of activist nature, with the passing of time he started to work with them (and the cohort of activists involved in the resistance) on a more profound basis, sharing means and ideas. This eventually led to the production of activist-oriented videos and, then, to the realisation of the documentary. The aim of A început ploaia is twofold. On the one hand, also through the activist and participatory approach foregrounding it, the documentary aims to support the struggle for the right to the city that Roma people are bringing to the fore in Bucharest. On the other hand, the film shows how it may be possible to mix academic fieldwork, activist-oriented work and visual methods to create space for empowering experiences and meaningful exchange. Detailed info on the process of making the film can be here: www.michelelancione.eu/video-ethnography/how-we-made-a-inceput-ploaia 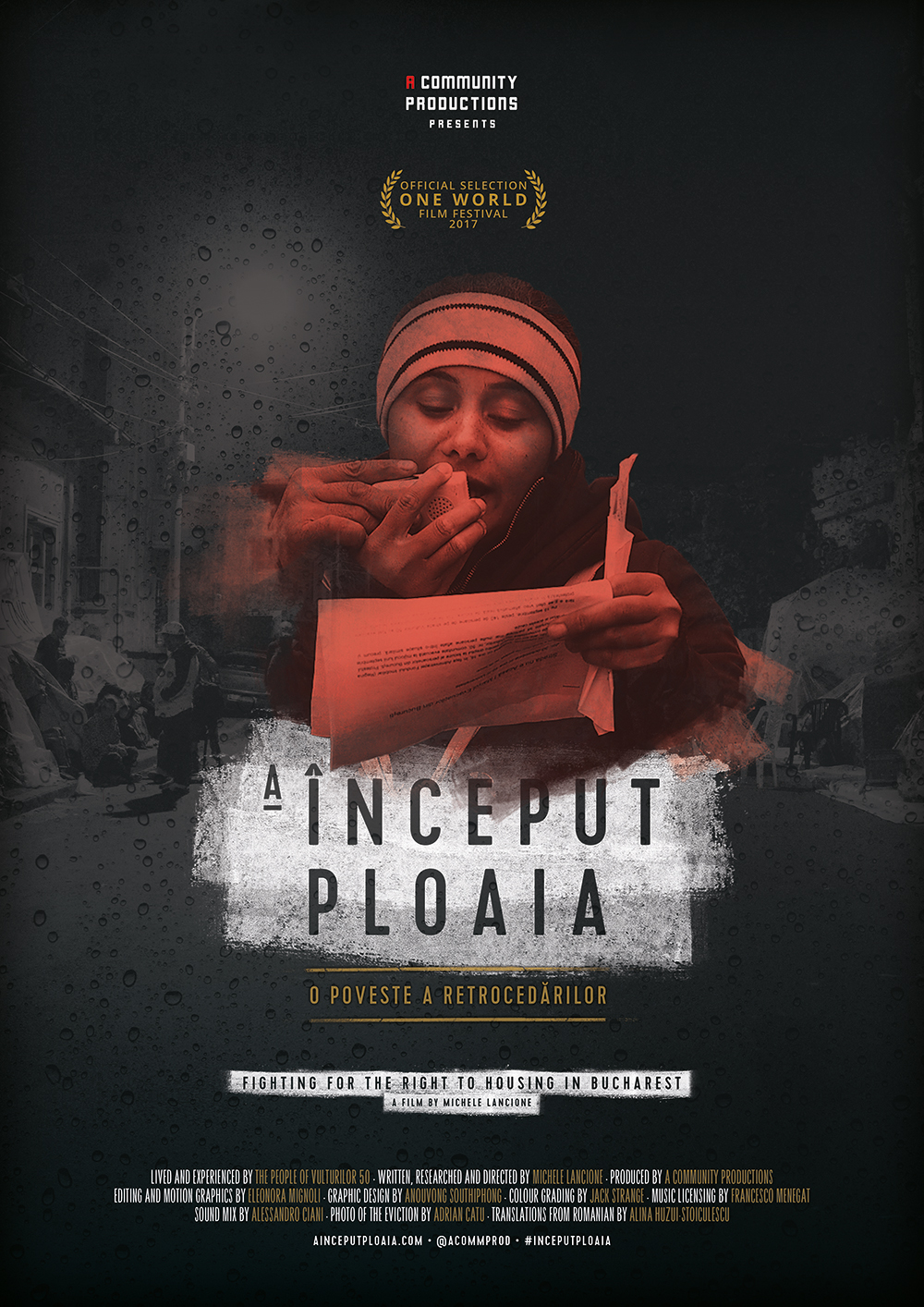