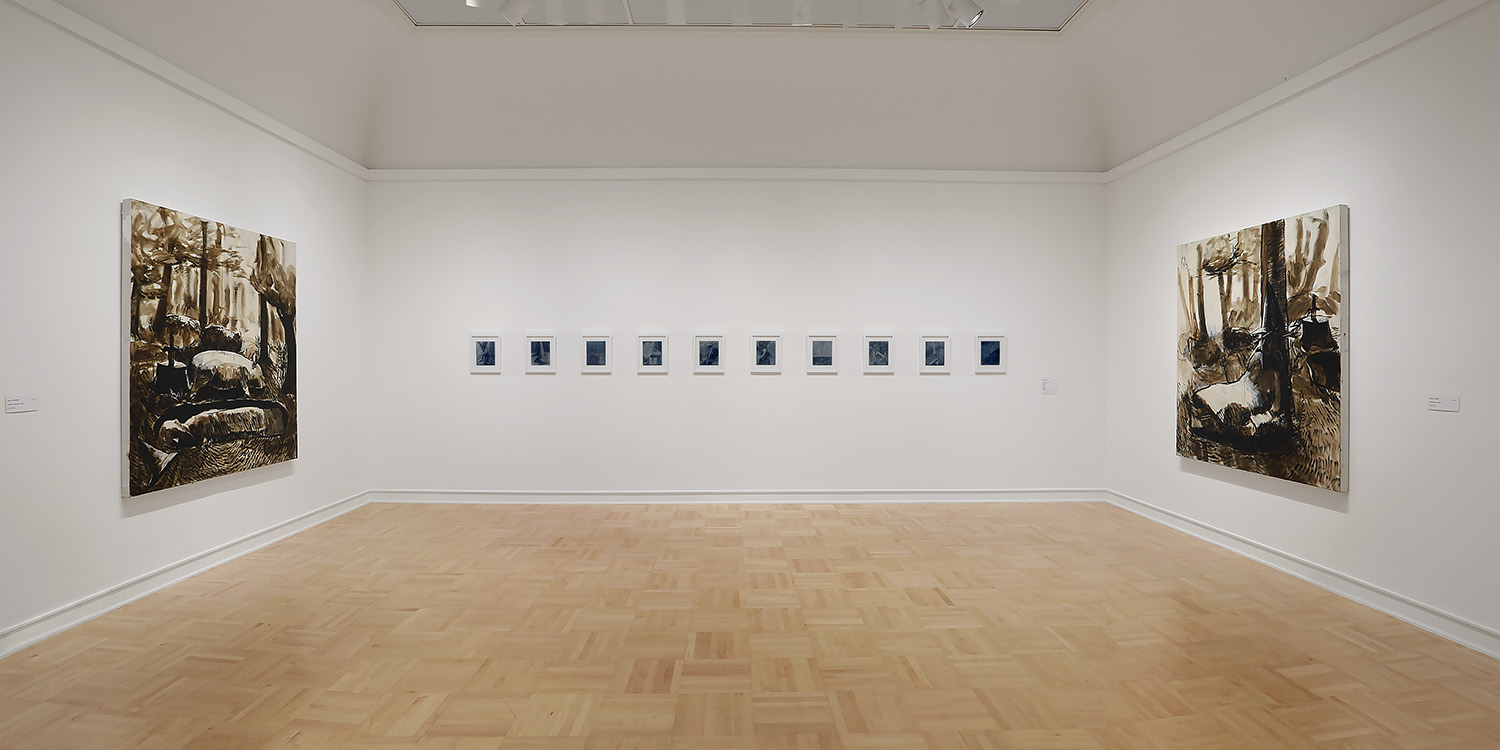 Born in 1991, Ian Cooper is a painter and printmaker from Upton, Massachusetts who works in a variety of two dimensional media, often exploring acrylics, woodblock printmaking, and pastel. His work uses these media to develop imagery looking at masculinity and how men view themselves through the scope of a hero’s journey. He received his BFA from Montserrat College of Art in Beverly, MA, in 2015 in painting and drawing. His work has been shown both around the country in the United States as well as internationally in Tokyo, Japan. He has been granted multiple awards for his work including the Painting excellence award from Montserrat College of Art as well as the Top Scholar award from the University of Washington.

The work develops a dynamic of humor and anxiety when looking at masculinity and the viewpoint of the masculine hero. The imagery presents classical fantasy hero archetypes in awkward positions, looking dreary and placed in false and self perpetuated predicaments that seem real to the work’s subject. As men view themselves through a hero’s complex they find themselves feeling as though the world around them is the cause of their struggle and that they are not a proponent of their own or anyone else’s troubles. When unable to feel like the hero in daily life, one frequently finds that in digital worlds, this digital video and role playing game culture helps inform the imagery and subject matter. The paintings, drawings, and prints toy with this idea both joking with the classically masculine as well as sympathizing with the skewed social pressure to be the hero of one’s own journey.