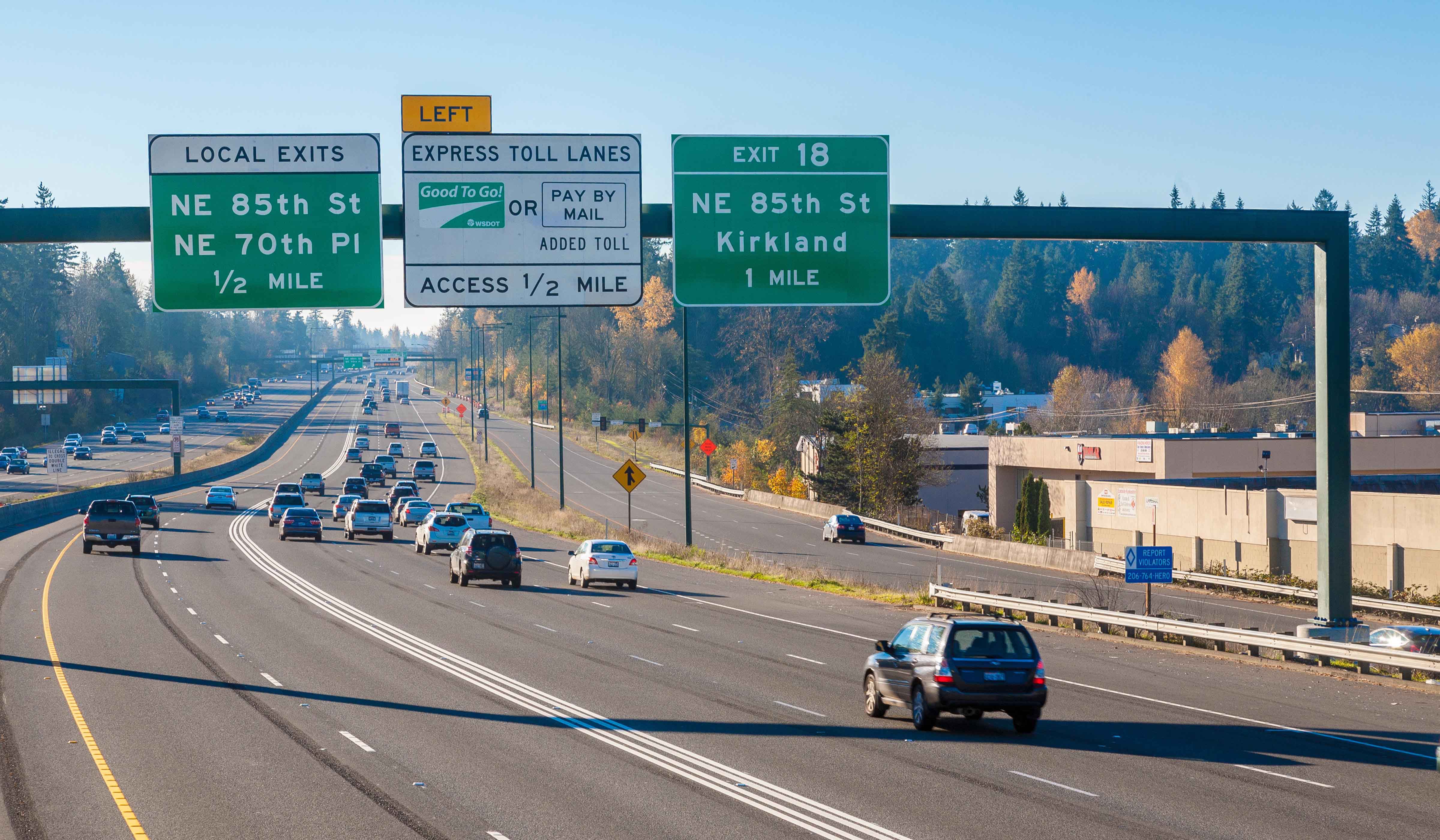 This study examined how the I-405 express lanes—the Washington State Department of Transportation’s (WSDOT) newest dynamically tolled facility—are used, the benefits they provide to users, and how these benefits are distributed among different groups of noncommercial users. The project provided unique insight into facility usage patterns and equity impacts associated with different income and geographic groups.

The complex operating environment of I-405 between Bellevue and Lynnwood, Washington, includes parallel general purpose and high occupancy toll lanes, variable length and variable cost roadway segments, variable high occupancy vehicle definitions (2+ or 3+ depending on time of day), a variety of geometric merge/diverge designs, and both one- and two-lane tolled segments. WSDOT is interested in gaining a better understanding of how user behavior affects corridor performance, given the dynamic prices and geometric variation in the corridor.

Huge amounts of data were available to study these interactions. The project team had access to data on the price, time, and location of individual users’ payments from over 16 million trips on the I-405 express toll lanes during all operational hours of 2018 (weekdays 5:00 AM – 7:00 PM). They also used demographic data by census block groups; and speed, volume, and travel time data for both the express toll and general purpose lanes.

By connecting hashed individual IDs (toll accounts or license plates) to census block group information, the researchers were able to develop an understanding of who used the facility where and when, and thus how facility benefits were distributed—all without invading the privacy of drivers.