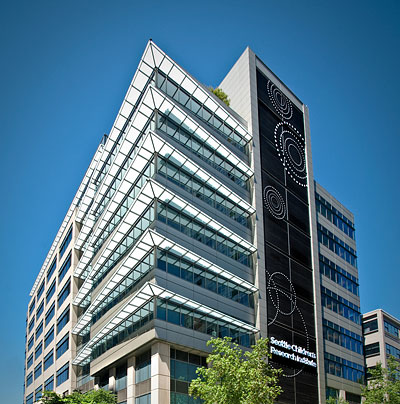 Despite recurrent antibiotic regimens, epidemiologic studies suggest that individuals with CF have lower rates of acute kidney injury (AKI) than population controls. The anion channel CFTR is expressed on proximal tubular epithelial cells (PTECs) in the kidney, but no clear functional differences in kidney phenotype between people with and without CF have yet been identified. However, the proximal tubule is the site of reabsorption of approximately two-thirds of the NaCl that enters the tubular fluid by glomerular filtration. In CF, dysregulation of chloride transport has been linked to increased urinary concentrations of trans-apical epithelial membrane proteins, which include transferrin, megalin, cubilin and others, suggesting that apical reabsorptive processes are compromised in the CF kidney, potentially protecting against the nephrotoxic effects of antibiotics, such as aminoglycosides. We propose to investigate the hypothesis that the CF kidney is protected from antibiotic-associated nephrotoxicity because of fewer endocytic receptors (megalin and cubilin) or impaired endocytic function, leading to decreased reabsorption of nephrotoxic drugs.

Aim 1. Delineate the function(s) of the cubilin/megalin endocytic complex in response to pharmacologic inhibition of CFTR using a kidney proximal tubule microphysiologic system (MPS). We will measure cubilin/megalin expression in 2D cell culture and in 3D MPS (see Fig 12 in Pilot program document) by quantitative proteomics coupled with biochemical assessment of endocytic function. Apical endocytosis will be measured by uptake of fluorescently-labeled substrates (albumin, aminoglycosides and oligonucleotides) in the presence/absence of receptor-associated protein (RAP), a competitive megalin inhibitor. Uptake will be quantified by fluorescence microscopy of MPS (with the Host-Microbe core). The role of CFTR in kidney tubule endocytosis will be tested using the competitive inhibitor CFTR(inh)-172. Dose and time-dependent effects of CFTR inhibition will be measured by effluent biomarkers, fluorescent substrate uptake and global transcriptomics using RNAseq (with the Genomics Core).

Aim 2. Establish a ferret kidney wild type & CF MPS of the proximal tubule that recapitulates kidney physiology, and compare these functions among wild type and CF ferret MPS. We have established protocols to generate a kidney PTEC MPS that recapitulates the normal synthetic, biochemical and transport processes associated with proximal tubule function in vivo. Ferret PTECs will be isolated from kidneys obtained at necropsy in the laboratory of J Engelhardt (U. Iowa), who has developed the CFTR knockout ferret. We will generate ferret wild type (WT) and CF kidney MPS and perform a battery of functional tests including glucose reabsorption, organic solute secretion and vitamin D uptake/metabolism as we previously described. In addition to functional tests (including endocytic functions described in Aim 1), we will screen for proximal tubule markers using immunocytochemistry (in cases where immuno-reagents are cross-reactive) as well as profiling global transcriptomics (with Genomics core) of WT and CF PTECs in 2D and 3D MPS culture conditions. We will also test MPS effluent for the presence of cubilin in both genotypes.

Aim 3. Determine whether urinary cubilin concentrations (a marker of altered endocytic function) are associated with the development of kidney injury in adults with CF receiving nephrotoxic antibiotics. We hypothesize that urinary cubilin concentrations will be inversely associated with markers of kidney tubular injury, such as kidney injury molecule-1 (KIM-1), neutrophil gelatinase-associated lipocalin (NGAL) and glutathione S-transferase alpha (GSTα). We will use urine samples from an ongoing CF study collecting urine and blood prior to and serially after patients have started either intravenous colistin, aminoglycosides or both to treat a pulmonary exacerbation (CF-AKI Study).

As the CF population lifespan increases, other age-related physiological morbidities become increasingly concerning. One of these is kidney dysfunction. The role of CFTR in renal physiology is unknown, but its loss of function may play a role in protecting the kidney against pharmacotherapies associated with apical endocytic uptake, e.g. aminoglycosides. If CFTR corrector therapies restore this function, these medications will benefit patients with respect to recovery of filtered low molecular serum proteins (e.g. vitamin D-binding protein), but could also increase the risk of chronic kidney disease in aging CF patients. Results of our pilot studies will provide insight into renal physiological function in the CF patient population and may inform future care.