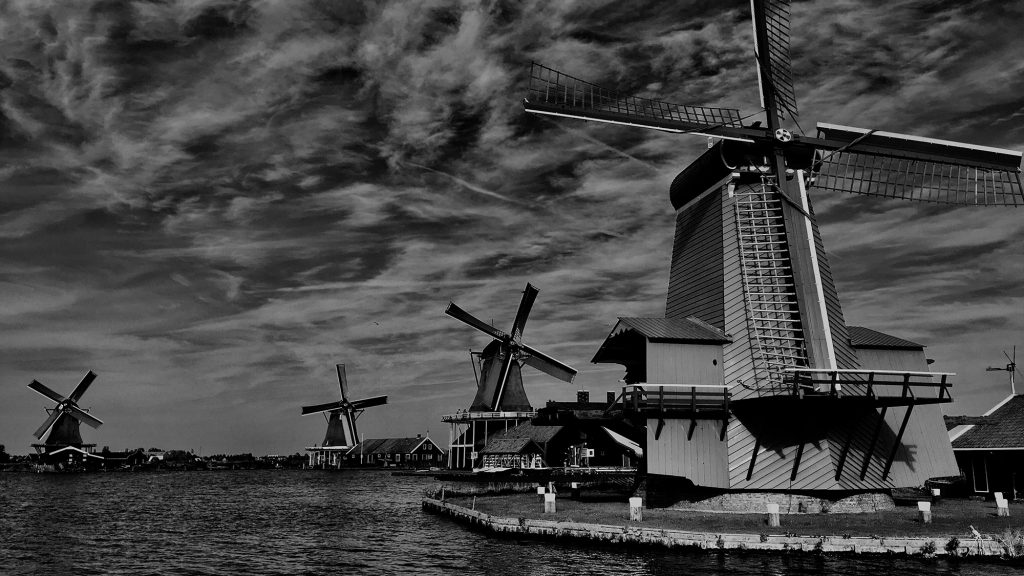 Last August, I spent my entire summer researching what to expect while studying abroad so that I would be fully prepared for whatever turmoil might come my way. So many of the blogs I read warned me about culture shock, and I felt prepared to navigate difference in a new country. I felt excited and determined to find my “home away from home” during my study abroad experience in hopes that maybe one day I could live in another country. However, right as I stepped off the plane in the Netherlands, I was surrounded by white faces who spoke English well. I quickly learned that I would not feel the same sense of culture shock that so many bloggers had warned me about. What I did experience was even more impactful. In fact, my time in the Netherlands was greeted with a mixture of shock, anger, confusion, and guilt as I navigated my privilege whilst conversing with my housemates about racism.

One evening during my first week in the Netherlands, my housemate and I began discussing Sinterklaas, a Dutch holiday in which countless children and adults parade in blackface as the character “Zwarte Pete,” or Black Pete, with painted red lips and curly black wigs. Despite protests and pushback from Dutch people of color, this tradition is not seen as racist by many white Dutch people, which surprised me, because every diversity course that I took in America deemed this behavior as discrimination. When I brought up the racism that this holiday seems to embody, my roommate was instantly defensive. He kept alluding to the fact that I was white, so why should I care whether people of color were discriminated against? He said things like, “If they don’t want to be discriminated against, then they can get out of this country,” and “They protest because they have nothing better to do…they probably just want attention.” With the limited experience that I had in debating signs of racism with ignorant people, I felt pressure to be silent as we continued our discussion. I found myself agreeing with his points just so that our conversation would end, and we could avoid starting off on the wrong foot. Over time, my effort to discuss racism with my housemates diminished, and whenever they said a discriminatory remark, I found myself pretending like they never said anything because I did not know how to approach the problem. I felt extreme guilt.

This feeling stemmed from the failure to stand up for people who are continually being oppressed in the world. During the entirety of my experience studying abroad, and even as I moved back to the U.S., I was left feeling lost and confused. The process of navigating my privilege while studying abroad was such a destructive and transformative process, and though I did not experience the same type of culture shock that I had continually heard about before I left America, what I did experience was even more shocking and thought-provoking that I never could have prepared for.

In an attempt to grapple with my positionality surrounding discrimination and racism, I wrote this reflective prose piece, which encompasses my experience in the Netherlands. This piece means more to me than twenty-six lines of text pasted on a black-and-white photo of windmills. It reflects tiresome afternoons with housemates who didn’t accept me, intense emotions that ate away at my insides until I felt hollow, and persistent internal deliberations that sifted through decades of historical oppression. Studying abroad was not what I expected, and there was nothing I could have done to prepare for the turmoil that ensued, but I could not be more grateful for my experience.

Come to think of it, I feel pensive
I never know how to explain what my study abroad experience was like

It wasn’t sitting on a boat with rose-tinted lenses looking at buildings and tulips
It wasn’t an escape to break away from routines set in stone.

It didn’t take long for me to realize that not everything was going to be fine and dandy.
Within the first week I felt more lost than I did before I left home.

The attempt to unravel years of hate in a single conversation
To sew the deepest scars when you’ve never once held a needle.

You begin to roll down a hill of guilt and shame with no end in sight
You know your privilege, but you remain silent as you witness oppression.

Even when Black Lives Matter is viewed as an attack and color is “not seen”
When protests break out over faces painted black with lips painted red.

You remain silent and pretend the problems will disappear
Yet you know that you are adding to the problem by trying to forget.

And though I feel pensive,
the conversation is not over.

Passionate, Adventurous, Naive, and Brave. Living one day at a time, with Belgian chocolate and espresso in hand.