Building a Platform for Protein Therapeutics 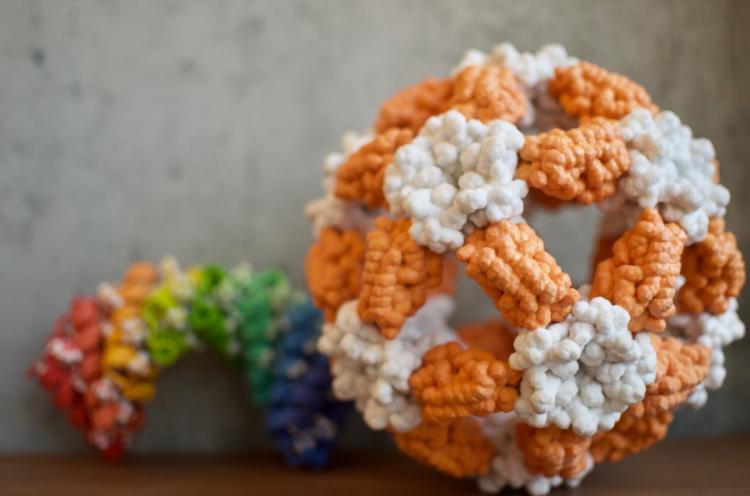 As published in Dimensions Magazine - Spring 2020

Like pieces of a biological jigsaw puzzle, proteins and other molecules have different shapes and edges that determine how well they fit and attach to one another. A protein’s microscopic structure dictates which molecules it sticks to and how it interacts with them, which in turn determines whether the protein works to keeps us healthy, or conspires to make us sick.

Historically, researchers have tried to counter disease-causing proteins and viruses by searching nature for therapeutic molecules that can bind to them and change their function. But the right piece for the puzzle doesn’t always exist in nature – especially for solving modern diseases of aging, such as Alzheimer’s, which involve multiple proteins and complex pathways of progression. “Evolution hasn’t prepared proteins to solve problems like Alzheimer’s because people didn’t live long enough to develop it,” says Dr. David Baker, PhD, Professor of Biochemistry and Director of the UW Institute for Protein Design (IPD). Now, researchers at the IPD are thinking outside of the box. They’re building a protein design platform to solve the puzzles of treating neurodegenerative disease with new therapeutics.

Dr. Baker conceived the first edition of a protein design software called Rosetta in the 1990s. It has developed into the premier tool for a new technique called de novo protein design, which refers to the creation of new proteins to solve specific problems in medicine and engineering. Rosetta’s algorithms boil down decades of protein-interaction science to help scientists transform a digitally rendered, non-functional protein scaffold into a new protein whose precise shape is predicted to fit a target structure. 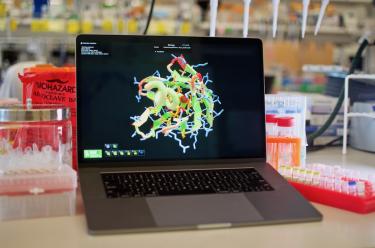 The next step is to test out Rosetta’s predictions about a designer protein in the laboratory. First, researchers inject yeast cells with synthetic genes that code for the new, designer protein. The yeast cells produce the protein and are placed in a test tube containing the designated biological target, and fluorescent tracers allow researchers to visualize the strength and stability of the binding.

In a UW Alzheimer’s Disease Research Center (ADRC)-funded project, IPD researchers used these methods to build proteins that could bind to amyloid beta, a toxic protein linked to Alzheimer’s disease, and prevent it from converting to more neurotoxic forms. But binding to amyloid beta proved particularly difficult. “Amyloid beta is a very sticky molecule,” says Dr. Nihal Korkmaz, Postdoctoral researcher at the IPD. “Like oil in water, the amyloid sticks to itself and forms clumps. To interact with that target successfully, our designer proteins needed a suitably sticky structure. The problem became that the proteins we designed would stick to themselves before they could stick to the amyloid.” This challenge caused researchers at the IPD to rethink their strategy. 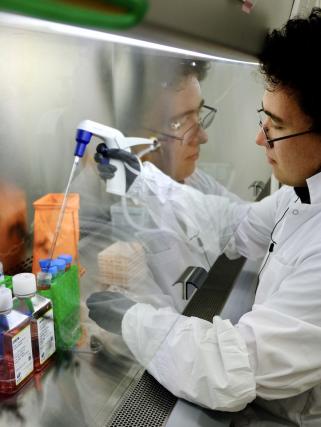 “We decided to take a step back and explore the general barriers to designing proteins therapies for neurodegenerative conditions,” says Dr. Gaurav Bhardwaj, PhD, Assistant Professor in the UW Department of Medicinal Chemistry, School of Pharmacy, and Principal Investigator at the IPD. For Korkmaz, that meant transitioning away from amyloid beta to design binders for lower hanging fruit – simpler target proteins that participate in the mechanisms behind Alzheimer’s disease.

Korkmaz’s continued efforts are piecing apart which design features make or break protein binding, and that’s producing higher success rates. “If we can better establish the fundamental principles behind targeted binding, we should be able to translate that success to not only amyloid beta, but to all other disease targets we can imagine,” says Korkmaz. Her work is foundational to developing proteins that can bind strongly and specifically to neurodegenerative targets, but to reach those targets, they’ll need to enter the brain.

Slipping Past the Brain’s Security

The blood-brain barrier is the brain’s first line of defense, and, unfortunately, it can’t tell the difference between a toxic pathogen and a neurodegenerative disease treatment. If a protein therapeutic is too big, it won’t be able to cross the blood-brain barrier on its own. If the therapeutic is too small, it won’t bind selectively to its biological target when it gets there.

Bhardwaj bet on peptides, which are short chains of amino acids. He thought peptides could be the perfect size to pass through the blood-brain barrier without sacrificing the specificity of their binding, and he was right. “We developed precisely structured, cyclic peptides capable of crossing the blood-brain barrier,” says Bhardwaj. “That proved we could design peptides to bind specific target structures and actually get them into the brain.” Bhardwaj’s work is a proof of concept for small protein therapeutics, but IPD researchers expect that larger protein therapeutics will be needed to bind certain disease targets. 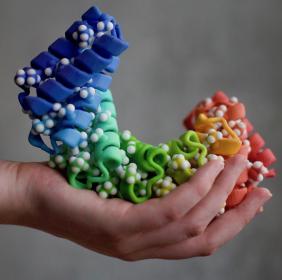 *Correction, April 29: The term “transferrin” has been changed to “transferrin receptor.”