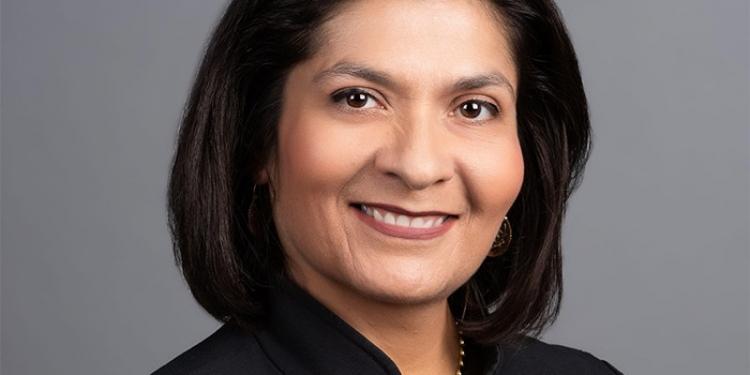 As the Chief Science Officer of the Alzheimer’s Association,  Maria Carrillo, PhD, sets the strategic vision for the non-profit advocacy organization's global research program and has published extensively on early diagnosis and biomarker standardization efforts, as well as on the global challenges to progress. At yesterday's Seattle Town Hall talk, 'Latest Discoveries in Alzheimer's and Dementia Research', Carrillo shared her insights and hopes spurred by the recent virtual Alzheimer's Association's International Conference (AAIC), the world's largest forum in dementia science.

Carrillo first acknowledged  the unexpected ways in which the pandemic affected the conference. Held virtually and made free of charge this year, the reach of the AAIC expanded from 6,500 attendees to an unprecedented 33,600,  representing 160 countries. The success has made her consider the future of hybrid in-person and virtual research conferences. “I can't imagine that any part of our conference will ever go back to being only in-person, having seen the kind of reach that we have with virtual events. AAIC certainly  revealed a silver lining of the  activity that had to shift as a result of pandemic.” This positive view set the optimistic and hopeful tone of her entire talk.

Carrillo drew attention to active areas in biomarker research, which are inching closer to gaining broader use in clinics and trials: amyloid PET scans and blood tests for Alzheimer's disease. 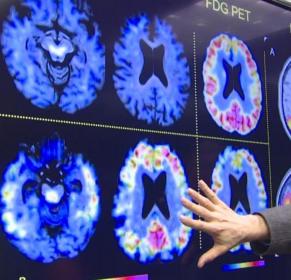 Amyloid PET scans detect amyloid plaques, a core feature of Alzheimer’s disease, in the living human brain. Many neurologists believe that amyloid scans could be of great value in the clinic, as this knowledge would allow them to determine whether Alzheimer's disease pathology is or is not the cause of a person's mild cognitive impairment or atypical symptoms of dementia, helping to guide treatment and, in the future, select people for clinical trials of Alzheimer's treatments. However, these scans are prohibitively expensive for families, and they are not covered under insurance plans or Medicare.

Aiming to resolve this issue, the IDEAS Study has been gathering the evidence needed to make a convincing case for third-party payers to reimburse for diagnostic amyloid imaging. Carrillo reported the good news that two-thirds of participants had a change to their diagnosis and or care plan, as a result of the PET scan results. Scientists are still evaluating the key question—does the scan for diagnosis purposes actually make a meaningful difference in the patient's care and quality of life? Carrillo says she hopes these data will provide the evidence for the Centers for Medicare and Medicaid Services to extend coverage for amyloid PET scans.

Carrillo delivered an exciting update about the potential for a long-awaited, effective blood test for Alzheimer's disease. At AAIC, Washington University School of Medicine researchers reported consensus that the plasma marker called phospho-tau217  identified people with the highest likelihood of Alzheimer’s disease, based on the presence of neuropathological plaques and tangles, with almost 100 percent accuracy  (link to publication). “If you would have asked me 10 years ago if a blood marker was possible in the future, I would have said that's  science fiction” she said. “This is fantastic news. Blood tests  are obviously easier to administer in research. They would allow research trials that right now rely on  PET scans to include thousands of more people. Imagine how much more cheaply and quickly we could do these types of clinical trials.”

If anyone was wondering whether the new drug aducanumab will gain FDA approval as a treatment for Alzheimer’s disease, Carrillo says that the agency has a deadline to give an answer. The FDA  granted the application priority review, cutting the time to review the application from 10 months down to six. If approved, aducanumab will be the first biologic treatment that removes the hallmark amyloid plaques linked to the development of Alzheimer's. The FDA will decide whether to approve the antibody on or before March 7, 2021. The drug will not be a silver bullet, Carrillo said, pointing out that amyloid is only one of many pathological features of Alzheimer's and related dementias. “Just like with other diseases, Alzheimer's disease will require a cocktail approach, or polypharmacy. If aducanumab is approved, it will be the first step towards that combination therapy approach.” 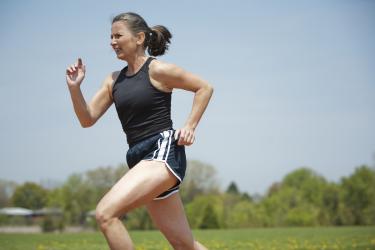 Along with medications, lifestyle interventions will always be part of dementia prevention and treatment of symptoms. Now, the Alzheimer's Association is  conducting the U.S. Study to Protect Brain Health Through Lifestyle Intervention to Reduce Risk (U.S. POINTER), a two-year clinical trial to evaluate whether lifestyle interventions that simultaneously target many risk factors protect cognitive function in older adults who are at increased risk for cognitive decline. The study involves a self-guided and structured intervention that will include nutrition, cognitive stimulation, and cardiovascular health coaching. This effort seeks to replicate the results of the FINGER Study in Finland of 1,260 people. After two years of the intervention, researchers found a 30% slowing of decline in people over 60 who followed the protocol.

Vaccines could be part of what Carrillo called the “recipe” for solving Alzheimer's. At AAIC, researchers reported that a  single flu shot was associated with a 17% lower prevalence of Alzheimer's, meaning the proportion of persons in a population who have Alzheimer's disease at moment in time. Another study reported that people between 65 and 75 years of age who had a pneumonia vaccine reduced their risk of Alzheimer's by up to 40%. Carrillo says these studies bring up many questions about the connection between vaccines and lowered risk: “Is it something in the vaccine that has a biological effect? Or is it that these individuals who avoid a three to four weeks of serious respiratory  illness fare better cognitively? Perhaps these individuals have better access to medical care and vaccines in the first place. It's important for us to know whether something as simple as getting a flu or pneumonia shot can actually help us protect our brain health as we age.”

Carrillo emphasized the field's need for more participants to fill the hundreds of existing clinical trials and studies of Alzheimer's disease in the country.  She recommended that those interested in potentially joining a study, visit the Alzheimer's Association's resource TrialMatch, which connects individuals with Alzheimer's or other neurodegenerative condition, caregivers, and healthy volunteers to clinical trials that may advance Alzheimer's research.

The UW Memory and Brain Wellness Center/ADRC team, a proud community partner of the Alzheimer's Association WA Chapter, echoes Carrillo's closing thought: “In any of these ways that we can slow decline and mitigate risk, through lifestyle modifications or risk reduction through pharmaceuticals right now and through polypharmacy in the future, it is  going to help us change the trajectory of this disease, not only for us, but for those who may not suffer from it in the future because of everything we're doing today,” she said.

The Town Hall Seattle event was the latest of the Arno G. Motulsky Science Series, a lecture named after the scientist who founded the study of medical genetics at the University of Washington.