> What is HD? > Dr. Bird’s Nest: A Physician’s Perspective 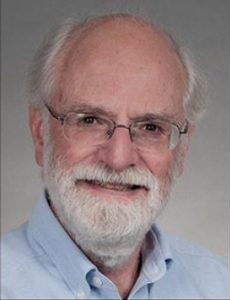 Dr. Thomas Bird, founder of the University of Washington HD Center of Excellence has dedicated decades of clinical care and research to Huntington disease. We look forward to hearing from him each month on his debut blog, Dr. Bird’s Nest, about a variety of Huntington’s disease topics.

In his book titled, “Can You Help Me? Inside the Turbulent World of Huntington Disease” Dr. Bird describes Huntington’s disease and shares his experiences from 40+ years of caring for persons with HD. Below are excerpts from his book. 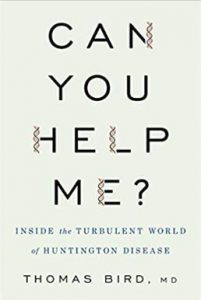 Huntington disease is usually divided into three overlapping manifestations: motor, cognitive, and behavioral. The motor part refers to involuntary, adventitious movements (chorea) of hands, face, feet or the whole body that can be socially embarrassing and lead to uncoordination and clumsiness. The cognitive piece often presents as difficulties with problem solving and making correct decisions. The behavioral component is the most variable and can include impaired judgment, poor impulse control, obsessive/compulsive disorder, apathy or agitation, and even occasionally delusions and hallucinations. Furthermore, depression is common, as is a lack of insight, often appearing as a lack of awareness of one’s own disabilities. In my experience, roughly speaking, about one third of persons begin to show signs of the disease with just motor symptoms, about one third begin with just cognitive/behavioral problems, and about one third began with a combination of all three. In the advancing stages of the disease most persons will eventually exhibit all components of the disease, but some continue to primarily show only one symptom. Although HD is rightly considered a “movement disorder” because of the frequent and readily apparent involuntary jerks and twitches, it is the behavior and cognitive problems that become most frustrating and disabling for the affected persons and their families.”