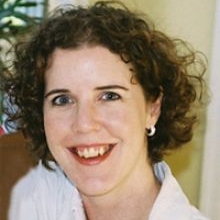 Dr. Elizabeth Buffalo focuses on building a better understanding of the neural mechanisms involved in learning and memory. Using neurophysiological techniques, her team records simultaneously from multiple electrodes in the hippocampus and surrounding cortex in awake, behaving monkeys. They investigate how changes in neuronal activity correlate with the monkey's ability to learn and remember. Members of the Buffalo Lab are particularly interested in the activity of neuronal networks that underlie learning and memory processes and the use of spectral analysis techniques to investigate the role of oscillatory activity and neuronal synchronization in cognition.

Previous studies have identified a system of structures in the medial temporal lobe that is critical for declarative memory, the ability for the conscious recollection of facts and events. This system of structures includes the hippocampus and the surrounding cortical regions. These are the structures that are affected first in Alzheimer's disease, and lesions of these structures produce profound memory deficits. Buffalo's research focuses on potential mechanisms by which these structures set up new memories and how these structures might work together during memory formation and retrieval. Along with modulations in spiking activity of individual neurons, she investigates the role of synchronous oscillatory activity across networks of neurons.

Elizabeth Buffalo in the News