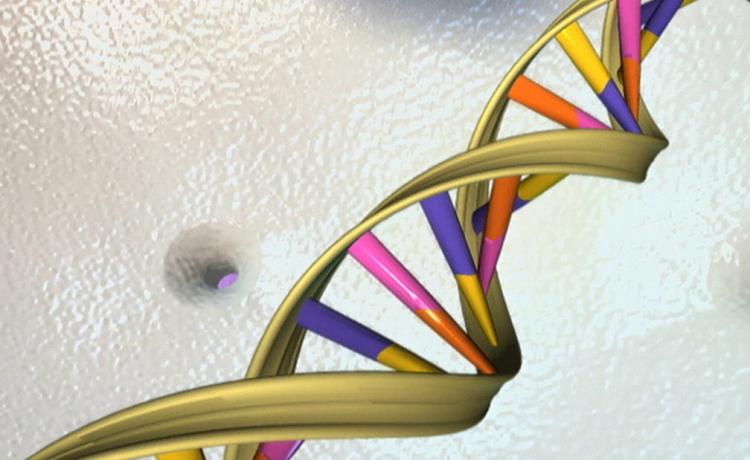 Dr. John Ravits, Professor of Clinical Neuroscience at UC San Diego School of Medicine, recently visited the UW Medicine Department of Neurology, the place where he developed his expertise in amyotrophic lateral sclerosis (ALS) during an adjunct clinical appointment from 1987 until 2011. He also served as Clinical Neurologist and Medical Director of the ALS Center at Seattle's Virginia Mason Medical Center. On this return to his "stomping grounds," Ravits gave a Grand Rounds talk called 'What is C9ORF72 ALS/FTD, and Why is it Changing How We Think About Neurodegeneration?'

Ravits' presentation focused on a mutation in the C9ORF72 gene, in which a part of chromosome 9 contains an abnormally large number of repeated copies, called a genetic expansion. Analysis suggests the C9ORF72 expansion occurred 1,500 years ago in one person in the Finnish population. Then, as some speculate, Vikings spread the mutation through Europe. In 2011, researchers discovered that this glitch is the largest cause of familial forms of both ALS and frontotemporal degeneration (FTD), passed down through the family line, from parent to child. Interestingly, C9ORF72 is also found in 6% of apparently 'sporadic' ALS and FTD patients—people who do not seem to have affected relatives, but who may have an incomplete documentation of family history.

While ALS is a motor neuron disease leading to muscle weakness and paralysis, FTD is a disorder of behavior and cognition involving dementia. These two rare diseases have historically been thought of as unrelated conditions, but not anymore.

"This research is exciting because it links ALS and FTD on a genetic level," said Ravits, "and places these conditions into the spectrum of repeat expansion diseases, such as Huntington's, myotonic dystrophy, and spinal and bulbar muscular atrophy. The significance is that therapies effective for this category of diseases could also work for ALS/FTD."

Speaking of therapeutics, Ravits described the promise of drugs called antisense oligonucleotides (ASOs), which are designed to shut down the expression of a specific mutated gene and prevent the production of toxic proteins in the brain. ASOs are currently in clinical trials for several repeat expansion diseases, including Huntington's disease. In 2016, the ASO nusinersen received regulatory approval from FDA for use to treat childhood and adult spinal muscular atrophy, shortly after a successful clinical trial.

Ravits reported that an ASO improved symptoms in his lab's transgenic mouse model of this particular disease. Now, he and his colleagues are working with Ionis Pharmaceuticals in San Diego to tailor ASOs to target the C9ORF72 repeat expansion in humans, and a clinical trial may start within a year. [Update 9/2019: Phase I study of BIIB078 is currently in progress] Encouragingly, ASOs have proven safe for use in humans. Just one dose, injected into the spinal fluid, remains for 3 months.

The fact that C9ORF72 ALS/FTD is headed into the precision medicine era has clinicians asking about the implications for genetic testing procedures. Should clinicians consider testing for C9ORF72 in apparently sporadic patients, on the chance that there could be opportunities to enroll in research or a trial? Ravits said that just one year ago, he would have said no, but the pendulum is swinging towards testing.

However, the UW neurogeneticists in attendance had reservations, based on the challenges in interpreting C9ORF72 genetic testing results for a family. Researchers know that people who carry the C9ORF72 expansion can develop symptoms anywhere between 30 to 80 years of age, and some never do. "So the hard question," said Dr. Thomas Bird, Professor Emeritus, UW Department of Neurology, "is what to tell the children of the patient. If they inherited the expansion, what risk are they at—60% or 10%? And, are they at risk for FTD or ALS symptoms? There are many families who want to know, but before testing, counselors have to make sure that the family understands that the test is not going to give them a final answer about their future."

Dr. Suman Jayadev, Assistant Professor, UW Department of Neurology, doesn't think that C9ORF72 testing in apparently sporadic patients is justified. "It's too early right now, at least before a treatment is available," she said. "Once we have something to offer, I think that's when we should begin testing people who want to find out if they fall into the group of those with, at risk for, ALS or FTD that could respond to treatment." Jayadev is running as study to establish best practices in genetic testing and counseling for people at risk for neurodegenerative diseases. Read more in Talking Exomes.

Thanks to Dr. Maxwell Ma, Acting Assistant Professor in the UW Department of Neurology, who completed a residency in Dr. Ravits' lab in 2014, and invited his former advisor to UW to give Grand Rounds. —Genevieve Wanucha