As published in Dimensions Magazine

Imagine a garbage truck, bustling down your street, emptying trash into the rear, crushing it inside, and then bringing it to the dump or recycling center. What happens when the truck malfunctions? It may fail to compress the emptied waste and overflow with litter or, even worse, it may capture and damage something valuable like a mailbox or car. Believe it or not, this concept could relate to the development of Alzheimer’s disease in adults.

All of our brain cells run a protein transport and waste disposal network called the endolysosomal system. This system is involved in internalizing, packaging, and trafficking proteins and trash to different parts of the cell. Brain cells depend on a healthy endolysosomal system to handle a variety of jobs. For example, microglia, the resident immune cells of the brain, use this system to eat and digest invaders and dead neurons. They helpfully gobble up and dispose of cellular waste, such as amyloid protein, that could otherwise build up and set the stage for Alzheimer’s disease.

“This system that helps cells process and degrade waste is known to be dysfunctional in neurons in Alzheimer’s disease patients really early on, even potentially prior to the onset of cognitive symptoms,” says Katherine Prater, PhD, a post-doctoral research fellow at the UW School of Medicine who studies microglia in the Jayadev Lab. “And so it’s possible that endolysosomal system dysfunction is also a driver of Alzheimer’s pathology progression.”

The ADRC’s Jessica Young, PhD, assistant professor of pathology at UW School of Medicine, hypothesizes that problems with this cargo transport system can cause brain cells to malfunction. “If the endolysosomal pathway goes awry, microglia may not internalize amyloid protein at the correct rate, preventing the cell from degrading it properly, or it may cause the cell to become overactive and secrete too many inflammatory molecules,” she says. Just as a garbage truck can spill trash because of an internal malfunction, microglia may leak waste and activate a harmful immune response if the endolysosomal pathway is impaired.

In a new project funded by the National Institute on Aging, an ADRC team led by Young and Suman Jayadev, MD, associate professor of neurology at UW School of Medicine, are working to document exactly how the endolysosomal pathway is disrupted in both microglia and neurons from Alzheimer’s disease patients. But Alzheimer’s disease doesn’t affect every patient in the same way, so the researchers want to understand how an individual’s genetic background influences their own disease process, and ultimately, how they may respond to targeted treatments. 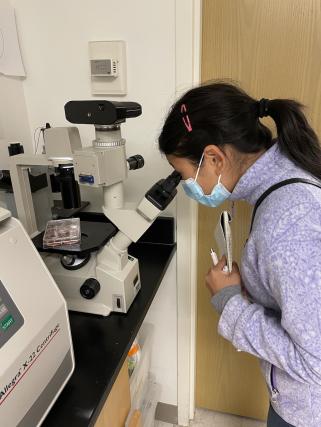 The author, Emi Takayama, views human microglia cells through a microscope in the Jayadev Lab.

Over the last decade, large studies called genome-wide association studies have identified many genetic variants linked to an increased risk of Alzheimer’s disease. These are common variants that appear more often in people who develop the condition than those who do not. “We know that a lot of the genes associated with Alzheimer’s disease are those that regulate movement of cellular cargo to the trash, ie., the endolysosomal pathway,” says Jayadev.

Searching through national databases, Jayadev and Brad Rolf, CGC, MS, genetic counselor at UW School of Medicine, chose a subset of 25 Alzheimer’s risk variants that are specifically active in the endolysosomal pathway. They then developed a special scoring mechanism for research participants. The objective of this system, once a participant’s DNA is analyzed, is to calculate a score for that individual based on the number of risk variants they carry; this is called their endosomal polygenic risk score. “A polygenic risk score allows you to take all of the different genetic changes a person has and put that together into a single score that reflects how much risk those factors actually contribute,” says Rolf. Different people carry their own unique combination and number of genetic risk variants and, thus, have distinct endosomal polygenic risk. 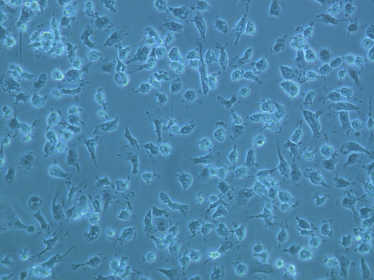 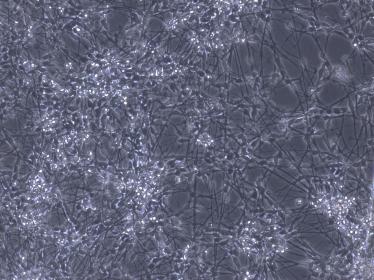 To study the biology of living brain cells, researchers in the Young Lab can generate human-induced pluripotent stem cells (iPSCs) from the study participants. This involves extracting cells from tissue in the outer lining of the brain during rapid brain autopsy, which occurs less than eight hours after death. Using a powerful genetic engineering technique, the team can cause these cells to revert to a developmental stem cell state. Because stem cells have the capability to grow into any type of human cell, researchers can chemically trigger them to grow into any type of mature brain cell, including microglia and neurons.

By observing and performing experiments on these patient-derived brain cells, the researchers hope to understand the properties of endolysosomal dysfunction in Alzheimer’s disease at different levels of genetic risk. “I think this will be the first time that we can classify patients based on this specific cellular pathway. To me, that’s really exciting,” says Young. “It’s like a new door opening for me in terms of how to treat the disease.”

Young describes her vision for what will come out of this new research avenue as a precision medicine Alzheimer’s clinic. In this future clinic, a patient developing cognitive symptoms could receive a polygenic risk score, which would tell doctors what type of Alzheimer’s disease they likely have and what medication or intervention would be most effective. “In an ideal world, there’ll be targeted therapies,” Young says. “If you have a high endosomal polygenic risk score, you could be matched with a new drug developed specifically targeting that pathway. Because your risk lies in that system, you have a better chance of being responsive to that drug than another drug. But we have to find those drugs first.”

Polygenic risk scores are not quite ready to use in the clinic to assess a patient’s risk and treatment plan for Alzheimer’s disease. Additionally, this tool may not provide accurate prediction of risk for everyone, as most of what the field knows about Alzheimer’s genetics is based on studies of people with European ancestry. ADRC researchers expect that polygenic risk scores will become meaningful for more people as further studies focus on identifying genetic risk factors in diverse populations. •

This research project, ‘Understanding the functional impact of cumulative genetic risk in Alzheimer’s disease,’ is supported by NIA grant 3RFIAG063540-01S1