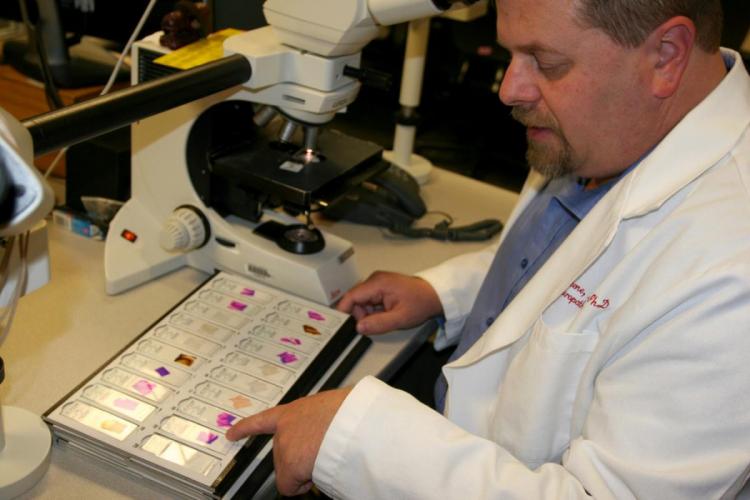 A new consortium based at the Allen Institute for Brain Science, funded by a five-year $40.5 million grant from the NIA, hopes to identify the cells that are involved in the process that leads to Alzheimer's or help protect against it.

Researchers will use post-mortem brains stored in two different repositories at the University of Washington to better understand what differentiates the brains of healthy people versus those who developed Alzheimer's disease symptoms. The new effort will take advantage of cutting-edge  techniques that track patterns of gene expression to identify dozens of different types of brain cells. A careful analysis of brain tissue from people at different stages in the progression of Alzheimer’s disease will reveal which types of cells are most vulnerable during the early stages, said Ed Lein, a senior investigator at the Allen Institute of Brain Science, UW ADRC collaborator, and lead investigator for the new center. Experiments will also aim to pinpoint different stages of the neurodegenerative to disease to better understand how it develops and progresses.

Listen to ADRC researchers explain the goals of a new consortium.

Alzheimer's Researchers Go Back To Basics To Find The Best Way Forward from NPR: