Building a Culturally Engaging Brain Health Program for African American Communities, One Step at a Time 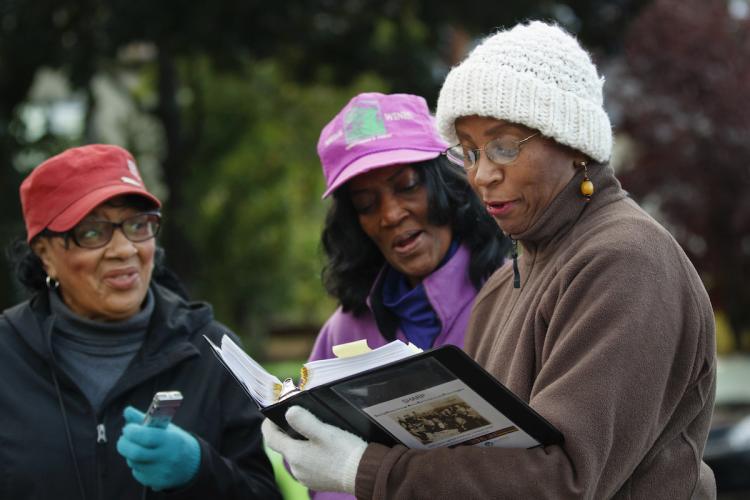 Read our February 2022 Update at the end of this article!

“It’s for us. And it’s for the community. It’s for our mind. It’s for our body, the exercise.” This quote is from a Portland resident and participant of the SHARP Study, which stands for Sharing History through Active Reminiscence and Photo-Imagery. This unique study, led by Raina Croff, PhD, Assistant Professor of Neurology at the Oregon Health & Science University School of Medicine (OHSU), combines social engagement and memory sharing during walks around historically Black neighborhoods. The aim of SHARP is to help promote cognitive health for older African Americans, as well as bolster community cohesion through the creation of an oral history archive.

Reminiscing About What is No Longer

Older African Americans are twice as likely than older white Americans to develop Alzheimer’s disease and other dementias, which may be due in part to the effects of socioeconomic and health-related factors, such as higher rates of cardiovascular disease, which has been linked to higher risk for Alzheimer’s in several studies. Yet, in developing truly engaging and culturally engaging health interventions to test for this population, researchers can face challenges, including overcoming distrust and ensuring that a study gives something valuable back to participants.

SHARP first began back in 2014 when Croff partnered with the PreSERVE Coalition for African American Memory and Brain Health and the Urban League of Portland to conduct focus groups with older Black community members, a study now published in The Gerontologist. Croff and colleagues wanted to learn about the barriers to pursuing healthy aging in Portland, Oregon. Gentrification of the participants’ neighborhoods and its effects dominated the conversation. They had concerns about their ability to age in place comfortably as property taxes rose and long-time trusted neighbors were now being replaced with strangers.

“Many who moved to outlying neighborhoods felt they were less walkable, many felt isolated from their friends, family, and accompanying social life they once had,” says Croff. “The task of reforging neighborly relationships felt daunting. They were reminiscing on the strength of having this close-knit African American community, in which they were hoping to age in place well and with the support of trusted neighbors and friends. So essentially, they are reminiscing what is now no longer.”

These reports of disorientation and isolation illuminated a chance to leverage the power of reminiscence as a potential means of celebrating Black history and culture, while testing whether physical exercise, combined with conversational reminiscence, can help mitigate memory loss or improve cognitive health. The SHARP study was made possible at OHSU by funding by the Centers for Disease Control and Prevention’s Healthy Brain Research Network, the National Alzheimer’s Association, the National Institute on Aging, and Roybal Centers for Translational Research.

Two pilot studies included 21 cognitively healthy seniors and those experiencing memory loss or mild cognitive impairment, as measured through a baseline assessment. Participants had spent at least 10 years of their lives in north or northeast Portland. Three times a week, the members gathered in groups of three and reminisced during mile-long walks through areas once filled with Black-owned homes and businesses but that have become majority white in the last 20 years. 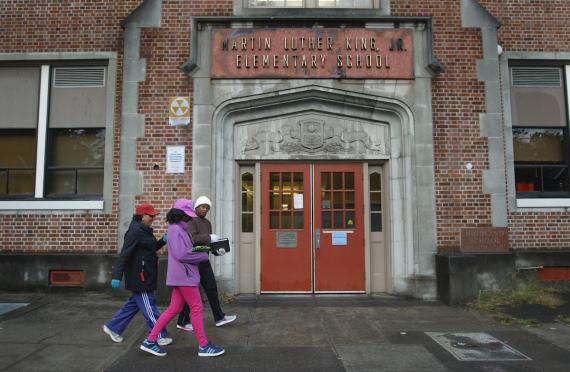 (Left to right) Bernadine Clay, Vickie Naylor and Donna Maxey walk past Martin Luther King, Jr. Elementary School and discuss times they were discriminated against as children, one of the memory prompts in the Sharing History through Active Reminiscence and Photo-Imagery (SHARP) study, September 20, 2017. (OHSU/Kristyna Wentz-Graff)

Along the way, a smart tablet prompted the participants with historical photos and news clippings linked to specific sites, and related questions. These “memory markers” spark conversations about people, events, or long-gone landmarks. “They also talked about what it feels like as an older Black adult to be walking through these neighborhoods, and they were processing what neighborhood change means to them,” says Croff. The team recorded the conversations, both for the study and for an oral history archive in progress.

The health-related outcomes of the SHARP study reflect significant positive impacts. In the 2017 pilot data, a majority of participants saw a decrease in their blood pressure reading, and all participants rated their mood as better than when they started the program, approximately half had improved scores on cognitive testing after being in the 6-month program, and a vast majority noted they were extremely likely to recommend SHARP to family and friends. The research team found that participants stuck with the program because of the culturally celebratory approach to cognitive health and their interest in the oral history archive. They also appreciated the fact that SHARP provides research opportunities for emerging Black /African American scholars.

Croff’s big goal is that SHARP can be adopted as a program in many other communities. “The long-term vision is that people can download an app with the guided walks, whether they're in Oakland, or Portland, or Seattle,” she says. “For the oral archive, my vision is for a culturally celebratory resource about cognitive health and Alzheimer's disease, where we put scary things in the context of our strengths and our resilience.”

At the UW MBWC’s 2020 Collaborating for a Dementia-Friendly Washington: Inspiring Change Conference, Croff presented about SHARP and offered guidance for launching a similar program. The presentation prompted those in the audience to reflect on how this kind of program could be adapted for Seattle’s African American older adults affected by gentrification.

While parts of Seattle have grown more racially diverse over the last decade, other areas have undergone marked gentrification, as young, affluent professionals moved into urban areas. In the Central District and First Hill neighborhoods, owner-occupied home values increased by 90% from 2010 - 2019. Rising property taxes have led the mayor's Council on African American Elders to encourage the state to increase the threshold for more people to qualify for property tax assistance, and they have had some success since 2019.

Vivian Lee, long-time Seattle resident and member of the Mary Mahoney professional nurses organization, remembers walking every morning to the Central District’s Garfield High School, where 51 percent of students were African American by 1961 (22.8% African American today). “I don’t recognize the Central District right now, with new houses being built and more rentals. Between my mother and brother and I, we knew everybody who was anybody in the Black community. Now, I hear names of people I’ve have never heard of, although I've continued to be active in the Black community. People are more dispersed now.” 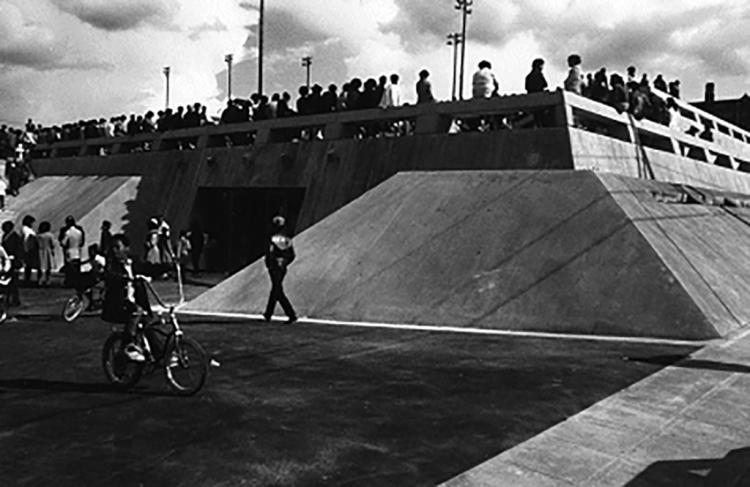 Rising property taxes, as well as pressure from people offering to purchase houses, can cause stress and confusion for vulnerable older adults, who become at risk of displacement, notes Karen Winston, a Planner with Aging & Disability Services in the Seattle Human Services Department. “Some elders who are still in the Central District are struggling to hang on to their property because of raised property taxes, and a lot of these people are living on fixed incomes.”

“I think the gentrification has hit people hard. Elders are saddened by what used to be and what's not there anymore,” says Winston. “That's why I think it’s a good idea to replicate the SHARP program in Seattle—to help preserve memories of these neighborhoods, which is a good exercise for people with memory loss. There is also a huge benefit to walking for brain health and health overall.”

Winston, who acts as the City’s Liaison for the Mayor’s Council on African American Elders, has spearheaded notable efforts to bring culturally tailored dementia awareness and support to African American communities. She has now joined forces with Marigrace Becker of the UW MBWC to lead an effort to pilot the SHARP model in Seattle.

“Our stories, our neighborhoods, our experiences, define who we are,” says Winston. “Those memories are not going to go away, especially if they're happy memories of family and childhood within the neighborhood. There is the potential for sadness. But I'm not afraid of those bad memories. Sometimes, events that impact a lot of us can bring us together too.” 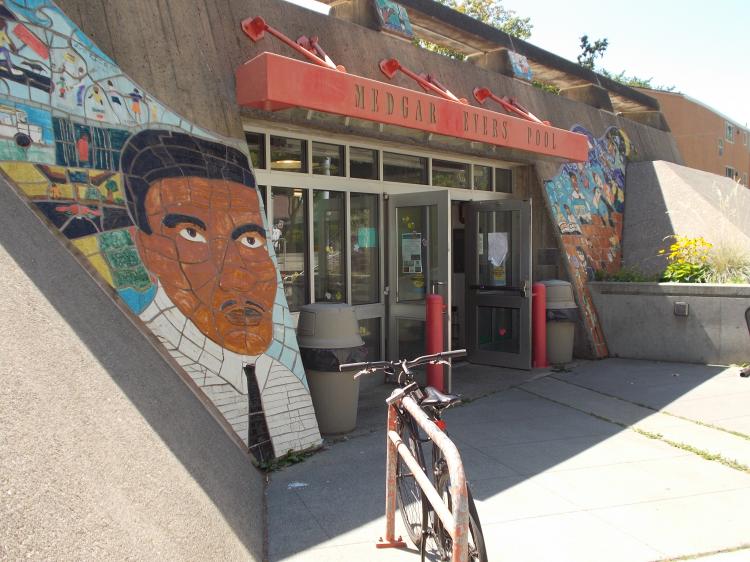 Winston is a deep source of knowledge on how to connect with the community that a Seattle-based pilot of the SHARP program would aim to serve. She sees a role for Black churches to support the program in the Central District. In 2018, she launched the national Memory Sunday program in the Seattle area, an annual event that equips congregations serving African Americans to provide education on Alzheimer’s prevention, treatment, research studies, and caregiver support. “Churches have maintained contact with the elders who have moved or who are still in the community. I do believe that the church is powerful, that people listen and take to heart things that come from the pulpit.” 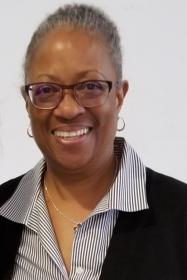 “It’s an amazing team,” says Marigrace Becker. “Working together, we have the opportunity to promote equity around brain health while also lifting up the culturally celebratory work already happening in our area.”

We stand on the shoulders of Croff’s team in Portland who created and engaged in SHARP and built a valuable resource for other Centers to adapt SHARP for their communities. Importantly, SHARP recognizes and learns from existing programs that highlight Black history in Seattle. These include such groups as Wa Na Wari, a center for Black art and belonging; and the Black Heritage Society of Washington State, which created Rooted in History: African American Heritage Sites Tours of King County/Central District, in partnership with Africatown Media and the Shelf Life Community Story Project.

I'm hopeful that the implementation of the SHARP study in Seattle will be an opportunity to dive into the rich history of the Black community here and celebrate and engage with the culture that may look different now. Being invited to be a part of the planning committee has been such an honor. Advancing culturally engaging work that aims to promote healthy aging and brain health is a critical and crucial goal.

You can learn more about the SHARP Study and its findings at www.sharpwalkingstudy.org

If you have questions about the SHARP Seattle pilot project, please contact Marigrace Becker at mbecker1@uw.edu

We recently completed two focus groups involving African Americans age 55+ who have lived in Seattle's Central District. Focus group members reflected on key people, events and landmarks of the Central District, which will form the basis for routes and reminiscence prompts for the walking groups this summer. We're thrilled to be working with co-lead Karen Winston of Aging and Disability Services of Seattle-King County/Mayor's Council on African American Elders, and a variety of community partners including Central Area Senior Center, The Black Heritage Society of Washington State, UW de Tornyay Center for Healthy Aging, Seattle Parks and Recreation, Oregon Health & Science University (OHSU), and the Alzheimer's Association, Washington State Chapter. Funding for the project comes from the Neighborhood Matching Fund, Seattle Department of Neighborhoods, City of Seattle.

Johnson-Toliver, Stephanie. Revisit WA: Rooted in History: Our future lies in preserving out past. This Place, Spring 2020.

Do you know about Memory Sunday?

Building Bridges with the African American Alzheimer’s Community: Lessons from a National Institute on Aging workshop: Inspired by lessons from last fall's WU Knight ADRC and National Institute on Aging workshop on research participation strategies, our team looked at the challenges that hinder African American participation in brain health research and the work being done to affect the health outcomes of underserved populations. By Alice Mukora

Celebrating the Stories of ADRC Research Participants Community members share about their lives, passions, and unique reasons for participating in ADRC research studies.

“Hope for the Heart of Our Community”: Honoring local efforts to help African Americans overcome the disproportionate burden of Alzheimer’s We celebrate Karen Winston, MSW, Seattle's City Liaison for the Mayor’s Council on African American Elders, who has spearheaded notable efforts in culturally tailored dementia awareness and support.