For most of my life, I have lived in a constant state of motion. I just moved on to the next life event. In Albania every day was an adventure, so much so that I could never look to the future, because the present was always so busy.

This photo was taken on top of Mount Gjarperit in the Tropoja region of Albania last summer. As we were making our way up a trail on top of the Dinaric Alps we found that the path forked in two directions. One, was the way that lead to Rrogam, a small three family village we were going to do field work, the other was an unknown sheep’s path that we hadn’t seen yet.

The way up was riddled with boulders, snakes, blackberry patches and wayward shepherds. Every turn seemed to lead to a false summit, or another switchback leading us back to where we started. There were multiple times that we considered turning back, and going to back to Rrogam, but something kept us climbing. After 6 hours and 1200 meters of elevation, we climbed over our last ridge and stood on a plateau that had us looking miles in either direction. I collapsed on the nearest rock and welcomed in the sunshine on my scratched and bruised skin, knowing that, for a few more moments I wouldn’t have to move. I finally took in my surroundings, lost in the enormity of what lay before me. Glaciers stretched out on the Peaks of Shala before me, while the rocky backdrop held every color imaginable. The sky was piercing blue, almost as clear as the air at the top of the world. 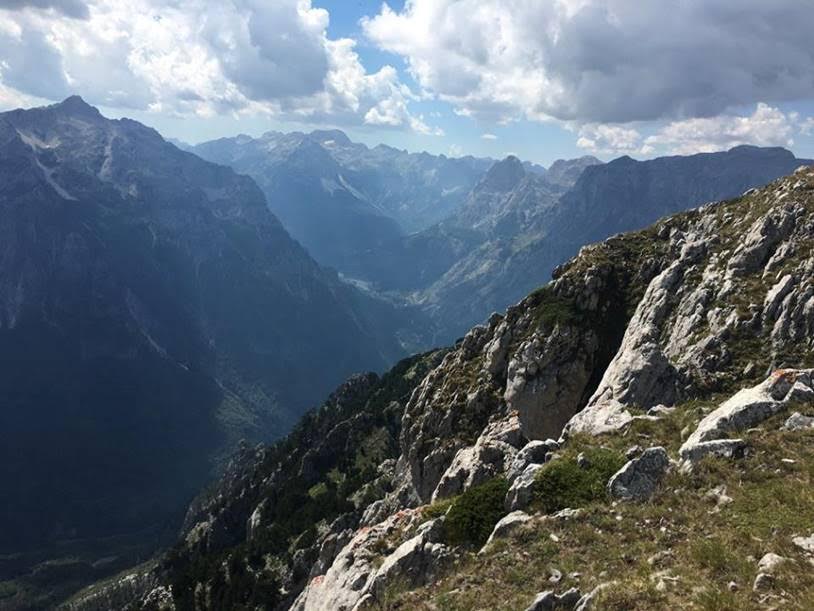 This was my victory over living in the future, my ability to fully live in one exulting moment.

A Pubic Health major with a penchant for daydreaming, pretending she has her shit together, and doing things that people tell her she can’t or shouldn’t do.