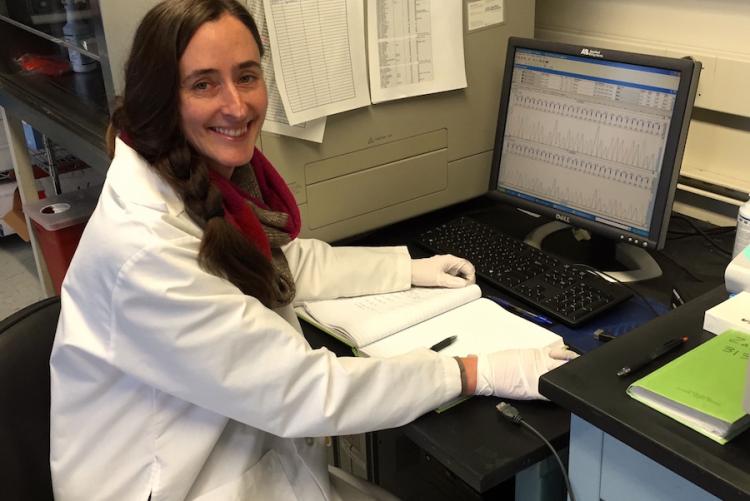 Research in the UW Pacific Northwest Udall Center moves toward a precision medicine effort to treat or prevent cognitive impairment and dementia for nearly 1 in 10 patients with Parkinson's disease.

Actor Michael J. Fox has drawn national attention to the tremors and difficulties with balancing and walking that affect him and the one million other Americans with Parkinson disease. But for researchers in Cyrus Zabetian’s lab at the University of Washington’s Pacific Northwest Udall Center (PANUC), the condition goes beyond the motor system. As neurogeneticists, they study the genetic glitches that steer the trajectory of some patients into cognitive impairment and dementia.

The risk of developing Parkinson disease in one’s lifetime hovers around 1-2% in the general population. However, mutations in a gene called GBA bump up that risk about 5 fold. What’s more, neurogeneticists have long observed that patients who have one of these mutations often develop cognitive problems earlier in life, and slide downhill to dementia faster, than those without a mutation.

In a study published in the journal Movement Disorders, the Zabetian lab showed that mutations, and even a common variant, of the GBA gene lead to a distinct profile of memory and thinking problems in Parkinson's disease patients. They have also found that GBA is especially frequent in the the Colombian population. For years, they have been following a large group of patients in the Latin American Research Consortium on the Genetics of Parkinson's disease (LARGE-PD). In a new study published in Parkinsonism & Related Disorders, the team reports that the GBA mutation appears more frequently in Colombian patients than in Peruvian patients and other European populations. The capture of this genetic fingerprint positions the UW’s PANUC for a precision medicine approach to treating or preventing GBA-related Parkinson's  disease.

Cyrus Zabetian, MD, associate professor in UW Department of Neurology, and his lab have been studying genetic variants that give rise to non-motor symptoms in Parkinson's patients for years. They’ve found that patients who carry a different risk factor for dementia—the ɛ4 allele of the cholesterol regulator gene “apolipoprotein E” (APOE)—are more likely to lose their memory for names and the meaning of words, much in the way that Alzheimer disease patients do. They also demonstrated that Parkinson's disease patients with a mutation in the LRRK2 gene actually perform better on cognitive tests than patients without that mutation.

So, when Zabetian first learned about GBA’s cognitive punch, he was curious. Afterall, ‘cognition’ is a complex domain of mental function, having to do with everything from memory to attention to executive function. Naturally, Zabetian’s team wondered whether these people living with Parkinson's disease do better or worse in certain areas of cognition compared to others. “But it's difficult to make any meaningful links between genetics and cognitive decline with a small study population,” he says.

The UW’s PANUC solved that problem when it pulled together a consortium of eight Parkinson's disease research centers from around the country, all of which have a specific interest in cognition. Eventually, they had amassed a study cohort of 1,367 well-characterized Parkinson's patients. Dora Yearout, the Zabetian Lab Manager, got to work sequencing the entire protein-coding region of the GBA gene, in order to search for any mutations or other variations.

“We finally had enough power to start seeing things,” says the study’s lead author Ignacio Fernandez Mata, PhD. Now a researcher at the Cleveland Clinic's Lerner Institute, Mata joined the UW Zabetian lab as a post doc in 2006 after studying the genetics of Parkinson's disease in his home city of Oviedo in Asturias, Spain, and then the Mayo Clinic in Florida.

Collaboration is a powerful scientific tool. All participating centers agreed to use the same battery of cognitive tests to evaluate their patients, allowing Mata to pull more nuanced information than simply ‘demented’ or ‘not demented’ out of the pooled cognitive data. He looked at the patient performance in a whole range of cognitive domains, including long- and short-term memory, language, attention, and reasoning. He then compared GBA mutation carriers to non-carriers.

This close scrutiny revealed that, compared to other Parkinson's patients, those people who carry a GBA mutation are 5-fold more likely to experience problems in a trifecta of abilities: working memory, executive dysfunction, and visual perception of the space and distance among objects. With this cognitive profile, a patient may no longer be able to estimate the cost of grocery items in her cart. She might also struggle to use the coffee maker. And she’ll need a lot of help finding her way back to a car in a parking lot.

“We’re putting in a lot of effort to characterize these people and understand exactly how they progress,” says Mata, “first, because this information helps us identify targets for neuro-protection, and also because we can better counsel families about the symptoms they should look out for.” As a basic scientist, Mata is used to working on problems decades away from clinical relevance. He now sees the potential of neurogenetics to make a difference in peoples’ lives with care tailored to their own biology. “That’s why this work is so important.”

Ellen Sidransky, MD, Chief of the Section on Molecular Neurogenetics at the NIH’s National Human Genome Research Institute, who was not involved in this study says, “I think this work is a nice tribute to collaborative science. These are findings you wouldn’t be able to come up with as a single center. It was only when they merged studies with such big populations that they were able to make these observations.”

Hope on the Horizon

There’s unique hope for this subpopulation of Parkinson's patients. That’s because the GBA gene has been closely studied in the context of Gaucher disease, a metabolic disorder that develops in people who inherit 2 copies of a GBA mutation. Therapies that replace the enzyme normally made by the GBA gene already exist for Gaucher patients, spurring interest in testing these medicines in Parkinson's patients with GBA-linked symptoms.

Sidransky, who has been studying GBA for thirty years, notes that it is important to remember that most people who carry a GBA mutation don’t develop Parkinson's disease, and many people with GBA-linked Parkinson's disease, as well as with Gaucher, don’t suffer cognitive impairment. “We still don't totally understand the mechanism for why GBA is a risk factor for the disease as a whole, and I think that still needs to be fleshed out before we can really figure out the clinical significance.” 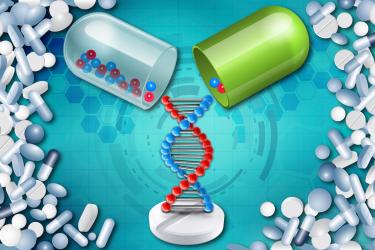 Another unexpected finding in the Zabetian Lab’s study makes the possibility of a targeted treatment worth a fight. Like many genes, GBA has several known polymorphisms, or variants of the gene commonly found in the healthy population. Mata’s analysis shows that a GBA polymorphism, called E326K, actually confers the same increased risk of cognitive impairment and dementia in the consortium’s Parkinson's patients as do the mutations. “That means that about 10%, or 1 in 10 people with Parkinson's disease, on average, will carry one of these variants,” says Zabetian. The new finding doubles the number of Parkinson's patients known to be at risk for GBA-related cognitive problems, and who could possibly benefit from a Gaucher drug.

Their newest research, focused on the Latin American Research Consortium on the Genetics of Parkinson's disease (LARGE-PD) study, showed that the GBA mutation is more frequent in the Columbian patients in the cohort. Looking deeper, they detected the GBA polymorphism K198E, only in Columbian patients. Because of this unique population-specific biological marker, the group sees Colombian Parkinson's patients as particularly well-suited for novel therapeutic approaches that target GBA-related Parkinson's disease.

Several pharmaceutical companies are developing new Gaucher medications that cross into the brain and, thus, presumably have a chance of working for Parkinson's symptoms. “If these drugs show promise in Parkinson's disease, I’m sure that many of our patients will be eager to enroll in clinical trials,” Zabetian says. “And ultimately, if these treatments work, you’re talking about 100,000 people in the U.S. who could benefit. That’s a lot of people.”

Such clinical trials need not only the right patients and the right drug but also a quick and easy way to tell if the treatment is having any biological effect in a patient’s brain. To that end, neurologist Thomas Grabowski, MD, director of the UW Integrated Brain Imaging Center (IBIC), and research associate professor Tara Madhyastha, PhD, are using a technique called functional connectivity MRI to map the brain networks in patients who carry GBA mutations. If they can find a unique pattern of brain activity that reliably changes over time as symptoms progress in this patient group, they’ll have a biomarker of GBA-linked Parkinson's disease. That would be a key to a precision medicine future, a time when measuring success in a clinical trial would be as simple as ordering up a scan.

Ultimately, if these treatments work, you’re talking about 100,000 people in the U.S. who could benefit. That’s a lot of people.