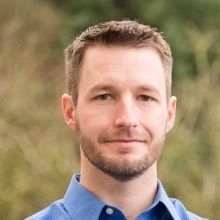 Dr. Iliff's work has probed the ‘glymphatic’ system, a brain-wide network of perivascular spaces that facilitates the clearance of waste products, including amyloid beta and tau, from the brain interstitium during sleep. Previously at OHSU, his group demonstrated that the glymphatic system fails in the aging brain and in the young brain after traumatic brain injury. The studies suggest that impairment of glymphatic function may be one factor that renders the aging brain vulnerable to protein aggregation and neurodegeneration and may link brain trauma early in life with the development of dementia in the decades that follow. His ongoing work seeks to define the molecular and cellular underpinnings of impaired glymphatic function in the aging and post-traumatic brain, and to use novel MRI-based imaging approaches to extend these findings into clinical Alzheimer’s disease and post-traumatic populations.

As Co-Lead of the ADRC's Research Education Component (REC), Dr. Iliff will oversee the effort to train and develop a community of clinical, basic and translational Alzheimer's disease researchers with the necessary clinical, scientific and technical competence to effectively collaborate to define the mechanistic and biological underpinnings of Alzheimer's and related dementia, and to translate this understanding to improve the lives of those living with memory loss and dementia.

Jeffrey Iliff in the News