ADRC History, Discoveries Made Possible By You, ADRC News 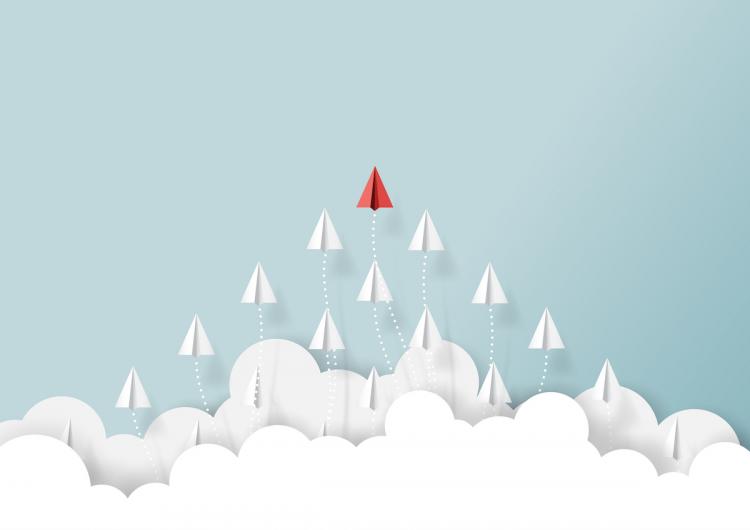 New Tools for a New Framework of Biological Heterogeneity

The themes of the ADRC have remained remarkably consistent since its founding, while also growing and changing to tackle new challenges. Starting in 1985, the ADRC approached familial Alzheimer’s by thinking outside of the box about the role of genetics in Alzheimer’s disease and pushing the boundary of what genetic technology could reveal. As the decade-long story of the ADRC Molecular Genetics team reflects, this quest led to a better understanding of the heterogeneity in genes, pathological proteins, and clinical phenotypes inherent in age-related neurodegeneration. Past progress has fundamentally shifted how the Center defines the very disease that it studies. 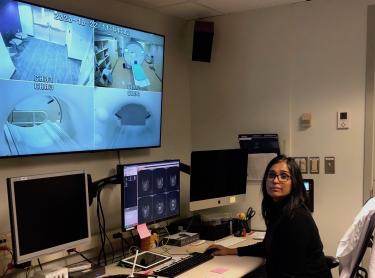 Swati Rane Levendovszky, PhD, Assistant Professor in the UW Department of Radiology, works to improve magnetic resonance imaging (MRI) methods to allow robust and non-invasive assessment of neurovascular function. She is a co-investigator in the ADRC Imaging and Biomarker Core.

Alzheimer’s disease is the most common cause of a dementia diagnosis. But now, thanks to neuropathology research at many ADRCs across the country, we have a much better understanding of the disease’s heterogeneity and its massive implications. Researchers now recognize that more often than not, patients with a diagnosis of Alzheimer’s disease have different mixtures of brain pathologies and spatial patterns of disease spread. This heterogeneity across patients complicates diagnosis, treatment, and clinical trial design. To adapt, the NIA now funds ADRCs to study Alzheimer’s Disease and Alzheimer’s Disease-Related Dementias (ADRD), which include Alzheimer’s disease, frontotemporal degeneration, Lewy Body dementia, vascular contributions to cognitive impairment and dementia, and mixed etiology dementia.

The ADRC will continue to refine the field’s understanding of heterogeneity. In May 2020, the NIA awarded the ADRC a 15 million dollar funding renewal for the next 5 years. The application states its driving scientific focus as “investigating the biological heterogeneity of ADRD – the mechanistic and biological underpinnings of the pathophysiology of disease as well as the factors countering degeneration and dementia.” The study of how the brain withstands the disease could never have been imagined as a research focus back in 1985.

The tools to investigate biological heterogeneity also bring new power to questions with a long history. The immense scientific challenge of understanding the biological heterogeneity of ADRD calls for the development of new, modern technologies: brain imaging with Positron Emission Tomography (PET) and magnetic resonance imaging (MRI). Much like genetic linkage analysis in 1985, brain imaging today is an emerging, resource-intense technology that requires immense skill and expertise in cutting-edge database design and “big data” statistics to process the massive data flow generated by brain scans—and to detect the meaningful patterns therein. The goal of the ADRC’s new Imaging and Biomarker Core—led by current Center Director, Thomas Grabowski, MD, a neurologist and national leader in imaging science through his creation of the UW Integrated Brain Imaging Center—is to use imaging technology to better understand different spatial patterns of disease (and lack of disease) in the brain. This Core’s findings and resources will be used both by bench scientists, to guide experiments into mechanisms of ADRD, and by clinicians, in order to better monitor and predict trajectories of disease for each individual. Ultimately, the Center aims to factor the spatial pattern of disease into our understanding of the genetic, neuropathological, and cognitive dimensions of ADRD.

A Recipe for Today's Success

The ADRC today faces challenges inherent to an ambitious project, yet they pale in comparison to the strong headwinds confronting the Center’s first project. Recall that the NIA of 1985 initially rejected the idea of an ADRC focused on Alzheimer’s disease genetics—until Bird presented an evidence-based research rationale. Today, the ADRC swims with the current as a national leader in Alzheimer’s research, thanks in part to continuous, reliable federal funding. Still, the solution for a successful project lies in a strongly collaborative team who, together, have the right mix of expertise in several disciplines, a common dedication to a project that may take years, and unyielding persistence, positivity, patience, and open-mindedness in the face of roadblocks and delays.

Indeed, when asked to reflect on the success seeded during the early years of the ADRC, Founding Director George Martin brings it back to the people. “Our group successes all came from individual contributions. And collectively, it makes a big difference,” he says. “The genetics research of Tom Bird, Jerry Schellenberg, and Ellen Wijsman were key – as well as the successes of the post-docs and many others. They made the science and Center of today possible.” 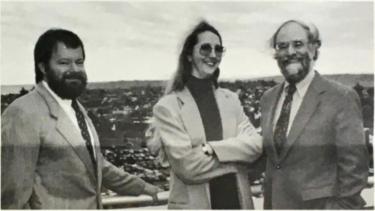 Wijsman describes the successful structure of the genetics linkage team as a “three-legged stool”: “Tom [Bird] brought the clinical expertise, Jerry [Schellenberg] brought the molecular expertise, and I brought the statistical genetics expertise. We would sit down, listen to each other, talk things through, and make our decisions by equal vote,” she says. “I think George Martin was certainly a part of creating that environment that guaranteed that people would truly work together.” Besides the personnel, the Directorship of the ADRC has a special role to play in any successful project. Wijsman credits some of the first Center projects’ success to its Founding Director.

As historical documents and testimony from colleagues show, Martin provided not only a vision of focusing on genetics but also an environment conducive to tackling questions that bridge basic science and medicine. His framework involved strategic inclusion of researchers with diverse skill sets and expertise in different disciplines, all united by an interest in Alzheimer’s disease. Martin explains it best in the 1984 ADRC application to the NIA:

“A major impact of the proposed ADRC will be to galvanize a subset of the geneticists and molecular biologists to channel their energies towards the elucidation of the pathogenesis of familial forms of Dementia of the Alzheimer’s Type. Another major impact will be to bring together investigators and practitioners from a wide variety of disciplines. This has, in fact, been accelerating rapidly as a result of preparations for this application and has been a source of considerable satisfaction to clinicians and basic scientists.”

The ADRC Director must oversee the federally mandated effort to build a rich data resource for the entire field, maintain a cohort of research participants suitable to inform current hypotheses, connect to the public and medical community, educate young investigators, as well as contribute to scientific challenges in different projects. The job demands creativity and compromise, as the story of the ADRC’s genetic project from 1985 to 1995 reveals. Martin’s model of fundamental collaboration and thoughtful team building continues to be the foundation of the ADRC’s success to this day.

The seeds of creative collaboration in neurodegenerative disease research planted over 3 decades ago are now blossoming into prosperous partnerships that could not have been imagined in 1985. The ADRC has always drawn staff and scientists from UW Medicine Departments of Neurology, Pathology, and Psychiatry and Behavioral Sciences—but now more than ever, the ADRC engages in UW-based and external collaborations that enable many avenues of research and innovation to proceed simultaneously. These efforts include: creating human cell models to screen potential drugs with the Institute for Stem Cell and Regenerative Medicine; leveraging expertise in new technologies at the Allen Institute for Brain Science in order to understand cellular vulnerability or resilience to disease; providing needed education and outreach to local American Indian and Alaskan Natives with the Partnerships for Native Health; creating research education programs with Sage Bionetworks; making progress on better understanding and treating frontotemporal degeneration with the University of San Francisco; embarking on new projects in cell biology, big data, and neuroimaging with funding from the Weill Neurohub, and creating inclusive approaches to wellbeing and resilience with the UW Memory and Brain Wellness Center and Garvey Institute for Brain Health Solutions. 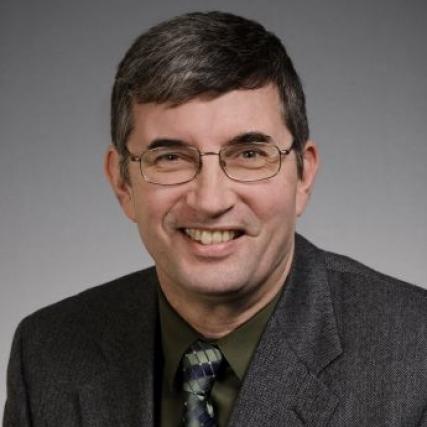 As the force supporting all of these partnerships, ADRC leadership provides an environment where researchers, staff, and scientific ideas flourish. Inevitably, a Director’s perspective and expertise shapes a Center’s chosen scientific questions. In addition to his role in the ADRC, current Director Thomas Grabowski is also a neurologist and Medical Director of the UW Memory and Brain Wellness Center, where he has introduced the concept of “strengths-based reframing” of dementia in order to empower the agency of people living with memory loss, promote wellbeing for patients and families, and counter the stigma surrounding dementia.

In research, Grabowski also seeks to shift the ADRC’s frame of reference to the “topographic” patterns of neurodegeneration over the brain space. This approach takes the heterogeneity of Alzheimer’s and related diseases head on, to discover the links between patterns of brain atrophy, cognitive symptom profiles, and predictive genetic factors. This clarity is needed for the dream of a precision medicine approach to deliver targeted treatments or interventions to different biological subgroups of individuals, before symptoms have emerged.

While the ADRC is now positioned at the field’s technological cutting edge, its early history lives on through the families who first joined the founding genetics project and still contribute. About three years ago, an old friend and classmate of Grabowski’s read in the UW alumni magazine that he had become ADRC Director. She reached out to him to disclose that she belongs to one of the Volga German presenilin-2 families.

“After our follow up conversations, she met Tom Bird, who was fabulously generous with his time,” said Grabowksi. “It’s obvious to me that Tom’s loyalty and commitment to these families was a big factor in the success of the program. More generally, this team was, and continues to be, amazingly talented and open. Open to meeting participants where they are. Open to each other’s talents and contributions. Open to the data and to thinking differently about Alzheimer’s disease. The legacy of this project continues in our Center. Members of these families, and others in which the genetic cause is still unknown, continue to participate in our studies and come to autopsy, and we bring ever more sophisticated approaches to bear on our questions about Alzheimer's disease and the path to prevention and treatment. The long arc of this work, and its continuing relevance to current Alzheimer’s disease research, are a tribute to those who built a strong foundation years ago. We are all indebted to their critical thinking, standards of excellence, and perseverance.” •