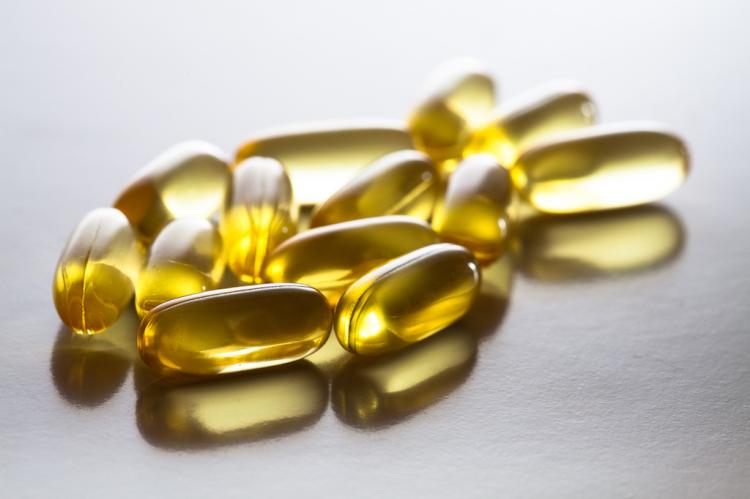 As published in Dimensions Magazine, Spring 2018

How do we know what we should be eating to keep our brains healthy? One way is to look at epidemiology studies. This involves studying a group of people over time, surveying what types of foods they tend to eat, and looking at how often they develop Alzheimer’s or other forms of dementia.

Ingestion of fish or fish oil has been studied as a potential way to prevent or treat Alzheimer’s. Fish oil consists of several ingredients but the main two include the free fatty acids DHA and EPA. These are examples of polyunsaturated fatty acids, or PUFAs, and are also called omega-3 fatty acids, because of the structure of the fatty acid chain. People who eat a diet low in PUFA are at higher risk of developing Alzheimer’s disease. In addition, patients with Alzheimer’s have low levels of these fatty acids in their brains. These findings don’t prove that low PUFA diets cause Alzheimer’s, but it suggests that this is an area to study further.

The best evidence for any intervention is a clinical trial: Take a group of people with an illness, give half of them the treatment and the other half a placebo, and look for differences at the end. Several groups have studied whether supplementation with DHA and EPA benefits patients with Alzheimer’s, but with mixed results. When there are mixed results in the medical literature, a group of scientists will often group all of the data together and analyze it in a process called a ‘meta-analysis.’ One such study is the Cochrane Library review in 2016, which found that overall there was no convincing evidence for the use of omega-3 PUFA supplements in treating patients with mild to moderate Alzheimer’s disease. This conclusion was based on high quality evidence and included a lot of different measures of cognition and function. Lead author Marion Burckhardt of the University Halle-Wittenberg, Germany, writes, “It is possible that omega-3 PUFAs improve instrumental activities of daily living, such as more complex activities (i.e. shopping), when taken for a longer period of time, but this has to be confirmed in further trials.” The review also pointed out that side effects were uncommon, so this treatment is likely safe for the vast majority of patients.

Although these PUFA trial results are disappointing, I think the overwhelming epidemiologic evidence still supports eating foods high in PUFAs, such as seafood. One study from 2016 showed that eating just one seafood meal a week over a 12-month period was associated with less decline in certain types of memory and mental processing speed. Seafood in this study was defined as any kind of fish, and it also included shell fish such as shrimp, lobster or crab. The American Stroke Association guidelines already recommend eating fish twice a week for vascular health, and I think we can add ‘cognitive health’ to that as well.

In the Pacific Northwest, we are lucky to have sources of a variety of sustainable and tasty seafood. In addition, when we eat a healthy item such as fish fillet, it often replaces an unhealthy item such as a cheeseburger. If you were going to supplement your diet with fish oil, it is helpful to know that 4oz salmon has 950mg DHA and 250mg EPA on average. A vegan alternative to seafood is to ingest sources of EPA and DHA from algae oil.

As I continue to research nutritional factors for Alzheimer’s, I keep coming back to the basics: more whole grains rather than simple sugars, more fruits and vegetables rather than junk food, and more servings of seafood rather than red meats. And don’t forget to exercise, whether it’s chasing down a fishmonger at Pike Market, or parking your car further from the door at the supermarket where you buy your fish!

APOE 4 and the associations of seafood and long-chain omega-3 fatty acids with cognitive decline: www.ncbi.nlm.nih. gov/pubmed/27164694

One simple reason why eating seafood is a healthy choice: For many of us, if we are eating a fish fillet, that’s likely replacing a red meat protein high in saturated fat.

-Fish and algae oil are good for our health because of their content of polyunsaturated fatty acids (PUFA). DHA and EPA are the main free fatty acids.

-Low consumption of PUFA increases the risk of Alzheimer’s disease.

-Eating just one seafood meal a week over a 12-month period is associated with less decline in certain types of memory and mental processing speed.

-The American Stroke Association recommends eating fish twice a week for heart health, and cognitive health can join that list.

-One simple reason why eating seafood is a healthy choice: For many of us, if we are eating a fish fillet, that’s likely replacing a red meat protein high in saturated fat, maybe a cheeseburger.