Taking the Long Road: A Focus on American Indians and Alaska Natives 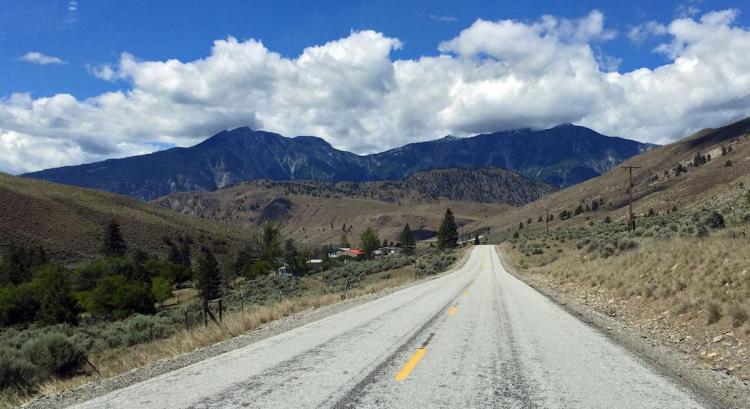 In 1992, ADRC psychiatrist Soo Borson, MD formed the Center’s first effort to specifically reach out to disadvantaged minority groups in King County, particularly Asian Americans, creating a mobile clinic that provided free memory evaluations, care referrals, and opportunities to join Alzheimer’s research at the ADRC. During this time, Borson began conversations with UW Institute for Health Sciences (IHS) to learn about the possibility and process of involving American Indians and Alaska Natives in Alzheimer’s research. The IHS was the only UW entity with a memorandum of understanding with the Seattle Indian Health Service about developing research collaborations with tribal members. Borson connected the IHS with information about the mobile services and access to research participation available through the new ADRC effort to reach the underserved.

Going “off the beaten path”

In 1999, the ADRC Education Core began to go the distance to help improve care for patients with Alzheimer’s disease and their families living in rural areas and reservations in western states. ADRC psychologist Rebecca Logsdon, PhD presented a cross-country series of workshops on Alzheimer’s disease, caregiving, and healthy aging to Native American and Alaska Native Communities. Focusing on communities without easy access to educational programs, her workshop series took her to rural Alaska, from the Aleutian Islands to Haines, Petersburg, and to Browning, Montana. This investment of time and effort began a long-term partnership with the Blackfeet Indian Tribe, to present talks about brain health and memory loss, provide educational materials, and consult with health-care providers about caring for elders with dementia.

An eye to culture and lived experience

Logsdon brought ADRC funding to a 2009 study with researchers from the Center for World Indigenous Studies. Together, they enrolled forty-two American Indian family caregivers of individuals with dementia, living on and off reservations into a trial of touch therapy. This intervention uses gentle pressure on energy points to resolve stress and promote physiological relaxation. In the Pacific Northwest, traditional medicine practitioners frequently employ hands-on healing, including energy healing and a variety of massage techniques. The trial found that touch therapy is an effective, implementable intervention for highly stressed American Indian caregivers, which fit with the cultural framework of beliefs and practices.

Bringing in the experts

Since 2015, the study of Alzheimer’s disease and related conditions in American Indian and Alaska Natives has been a core theme of the ADRC. This focus is made possible by a collaboration with Partnerships for Native Health (P4NH), a local program with a mission of improving the health and well-being of Native people of all ages, directed by Washington State University’s Dedra Buchwald, MD. Leveraging her leadership of the Cerebrovascular Disease and its Consequences in American Indians Study, the ADRC established a Satellite Core to gain further insights about Alzheimer’s and related causes of dementia in these rural-dwelling study participants, as well as American Indians living in the Seattle area. Lonnie Nelson, PhD (Eastern Band of Cherokee Indians) kicked off the effort with an ADRC pilot project, using brain imaging to document changes in brain structures over time and their relationship to decline. His team aimed to establish diagnostic standards and estimates of prevalence for brain diseases in these underrepresented populations. Soon after, Astrid Suchy-Dicey, PhD joined the ADRC to improve the methods that researchers use to evaluate major modifiable risk and protective factors for cognitive impairment in Native communities, and ultimately, to suggest ways to address disparities and promote healthy aging.

Reaching out with new resources

The present-day UW ADRC Outreach, Recruitment, and Engagement Core (ORE) is invested in an effort to reach out to American Indian and Alaska Native communities in the Pacific Northwest, in order to provide resources to people struggling with memory loss and educational materials to local clinic staff. Starting in 2016, Meghan Jernigan, MPH (Choctaw Nation of Oklahoma), then a staff scientist at P4NH, spearheaded an ADRC effort to foster culturally responsive clinical care and information about research participation and brain donation. Her work culminated in 2019 with the ADRC’s Indigenous Aging webpage, which is tailored for American Indian and Native Alaskan communities. The site, found on the homepage of uwadrc.org, offers education and material resources for clinicians, community health representatives, and Native caregivers. Jernigan also inspired the ADRC communications team to create the Indigenous Aging Brain Health series in issues of Dimensions, based on interviews with Native leaders in healthy aging initiatives, including traditional foods and culturally tailored exercise-based prevention programs.

A renewed commitment to increasing diversity and inclusion

The persistent underrepresentation of Native populations in Alzheimer’s and related dementia clinical studies and research is a complex issue. In part, this lack of diversity is linked to disparities in health, education, and socioeconomic conditions that limit access to a diagnosis of memory loss, and importantly, feelings of skepticism about medical research. Now, the ADRC is engaged in its strongest efforts yet to increase the diversity of research participants in order to learn about risk factors and resilience unique to these communities. Launching the Native Research and Resource Core in 2020, P4NH’s Dedra Buchwald and Patrik Johansson, MD, MPH (Cherokee) aim to develop culturally acceptable data collection and data sharing protocols that also are of significant value to scientists and researchers. All elements of this endeavor are guided by the principles of participatory research methods, which foster a bi-directional exchange of ideas and knowledge, for example, by conducting focus groups and interviews with Native elders and caregivers about their perspectives and attitudes about participating in Alzheimer’s research. In 2020, ORE Lead Kimiko Domoto-Reilly, MD was joined by P4NH’s Ka`imi Sinclair, PhD, MPH (Western Cherokee) as co-Lead to promote community events and projects that ultimately aim to address longstanding inequities in access to medical care and actionable information about Alzheimer’s and dementia. •