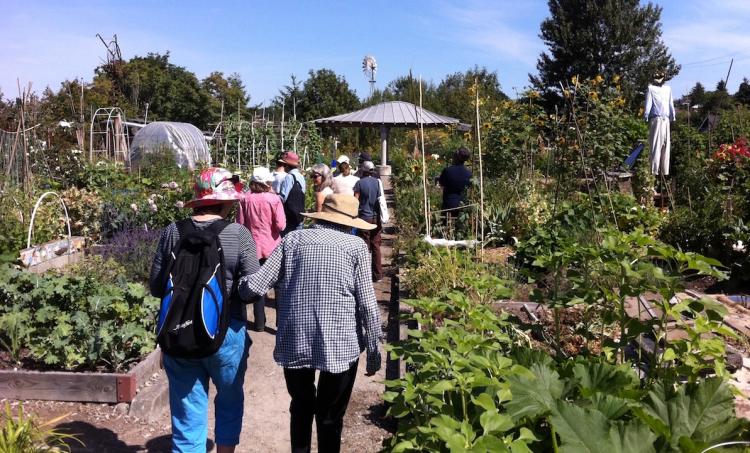 A cultural anthropologist explains why the popular American notion of ‘successful aging’ sets friendships up to fail after a memory loss diagnosis, and how we all can push back.

The popular notion of ‘successful aging’ refers to the achievement of living into old age with disease-free brains and bodies. A quick web search of the phrase turns up images of grey-haired friends laughing, lifting weights in grassy fields, or riding atop motorbikes together. The accompanying advice on how to protect the aging brain draws on strong scientific evidence that robust social activity, along with exercise and heart-healthy eating, can stave off age-related cognitive decline and dementia.

At first glance, this idea seems to relate to the aging process of individuals, but it actually contains an image of a social world, one in which other people aren’t aging in challenging ways along with them.

Janelle Taylor, a cultural anthropologist and Professor and Chair of the Department of Anthropology at the University of Washington, has scrutinized this vision of successful aging and finds a paradoxical role for friendship therein. “Having friends is good and important, according to this view, because friends keep you active and engaged and reduce your risk of developing dementia,” she says. "But, if friends are to fulfill their assigned role, they too must stay free of dementia. Friends here serve mostly as important props in a project of successful aging that’s framed in very individual terms.”

In reality, the great majority of Americans, even if they manage to reach old age in good health and free of impairments, will experience someone close to them declining cognitively. Almost everyone eventually encounters a friend who loses memory, language, or the ability to express thoughts because of neurological disease, and can no longer “give back” in the way they once could.

‘Successful aging’ sets all of us up to fail, notes Taylor, or at least flounder when a friend receives a diagnosis of dementia. "The popular take on successful aging doesn’t offer a clear vision of the value of friendship once a friend becomes impaired," she says. “If these cultural images that we internalize about optimal aging contribute to nudging people towards disconnecting from friends when they develop dementia, then they can do real harm to real people living with illness.”

Taylor watched her own mother, who lives with Alzheimer disease, lose contact with nearly all of her friends over the years— except one. Grateful for this friend as a source of support, joy, and dignity for her mother, she was also inspired to investigate why friendships, more often than not, prove fragile in the context of dementia, and why some remain strong. She started with the goal of locating some tried-and-true strategies to reduce isolation and loneliness for people living with dementia.

In the first anthropological research project of its kind, Taylor conducts in-depth interviews with people who have stayed connected to a close friend diagnosed with dementia. They are individuals who have discovered new ways to engage with friends living with cognitive limitations. Sometimes they develop new ways of engaging in activities they have enjoyed in common, and sometimes they find new activities to enjoy together, such as reading books aloud, going on walks in the city, or listening to music.

Taylor has found a common thread in the stories of these “exemplary friends.” These individuals, each in their own way, are pushing back against the assumptions embedded in the American notion of successful aging. In particular, they are rebelling against the idea that personhood is fully established earlier in life, and that the task in old age is merely to maintain the self. 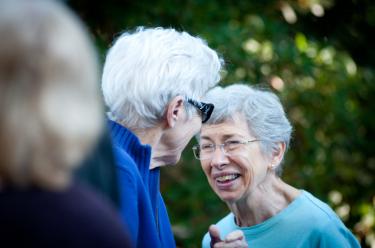 Her research subjects—sometimes those who people least expected to be exemplary—have reported experiences of learning, growth, and moral development in the context of another's cognitive decline. One woman gained a whole new perspective on her ailing friend's second husband who, usually gruff and judgmental, softened and became a patient, loving presence as his wife neared the end of life. Others fought through their sadness and loss to live out their lifelong value of loyalty, and their friend's dementia gave them the chance.

“My interviews suggest that, at least for some people, the onset of dementia in a close friend calls into play a different understanding of the self than the ‘successful aging’ paradigm assumes. People don’t think of the self as isolated, but as realized, or made real, in and through relationships with others,” says Taylor. “At stake in the way people take up or resist these images of successful aging is nothing less than the social making and unmaking of persons and relationships.”

Taken together, exemplary friends speak to the benefit of re-framing dementia as a collective experience. Taylor advocates for a more expansive social component built into the vision of successful aging, one cleared of any ambiguity about the value of remaining connected to people with dementia as their condition progresses. As a member of the UW Memory and Brain Wellness Center Community Education & Impact Advisory Group, she will help the MBWC’s outreach team, led by Marigrace Becker, to find and foster new ways for people to continue existing friendships; volunteer in dementia-friendly community programs; or help create safety nets for older adults living alone with little family support. Fortunately, many of the paths there are already paved.

UW's Janelle Taylor will be at Stanwood United Methodist Church at 12:30 p.m. on Sunday, 10/2 for a discussion on staying connected to your friends who have dementia, organized by the Camano Island Caregivers Support Group. Flyer

At stake in the way people take up or resist these images of successful aging is nothing less than the social making and unmaking of persons and relationships.