Research, Precision Medicine, Discoveries Made Possible By You, ADRC News

“Imagine a world where diagnosing Alzheimer’s disease is as simple as getting your blood tested during your annual physical,” writes philanthropist Bill Gates. He’s started a venture to fund development of novel biomarkers, which are measurable signs in the brain and body of the presence of disease proteins: amyloid, tau, and α-synuclein, among others. His dream is one shared by all Alzheimer’s and Parkinson’s researchers— to bring these brain conditions into the realm of common diseases such as heart disease and cancer that are routinely caught in the earliest stages and treated before full blown symptoms arise.

Early detection of Alzheimer’s and related diseases poses a uniquely high hurdle. Obviously, it is logistically difficult to obtain, in a living brain, information about abnormal proteins. Instead, researchers must use proxy measures called biomarkers. Ideally, these proxies should be an accurate reflection of the degree of pathology in the brain, reproducible, low cost, and tolerable for most people. No biomarker currently meets these standards. The two most common methods of collecting biomarkers are cerebrospinal fluid (CSF) tests and special PET scans. However, obtaining CSF requires a spinal tap; PET scans are less invasive, but they are costly and not widely available. Compared to these tools, blood biomarker tests could be the key to early detection of Alzheimer’s because they can be scaled up for regular use in clinical settings. 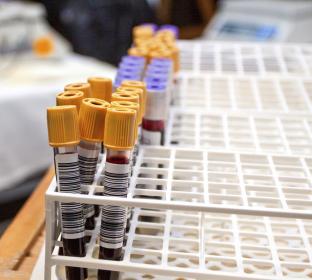 Before this future of routine early detection, blood tests would immediately revolutionize clinical trials and research in general. For instance, better biomarkers are needed to bring down the cost and time of using PET scans to determine the eligibility of participants for trials of targeted therapeutic interventions. Currently, to get 100 people with preclinical Alzheimer’s disease enrolled in a prevention trial, study staff would likely need to screen nearly 700 people with a PET scan—which costs 2 million dollars.

What’s more, because of the importance of biomarkers in understanding the earliest signs of disease and determining diagnosis, the National Institutes of Aging now requires all 32 Alzheimer’s Disease Research Centers in the country to devote dedicated resources to collecting biofluid and/or PET imaging biomarkers of amyloid and tau proteins for all participants in study cohorts, even in those without symptoms. That’s a big ask, and many researchers have concerns about feasibility.

“There is a tremendous need to develop some form of neuropathological characterization that does not require the vast expense and difficulties that are currently needed,” said Dr. Paul Crane, MD, Professor of General Internal Medicine at UW Medicine. “Blood biomarkers would facilitate important research outside of the few urban academic centers that have the capacity to collect CSF and PET biomarkers now, for example, in home visits.”

In the face of this pressing need, researchers have their hopes set on developing effective biomarkers in the blood, as well as the urine, saliva, or eye. Now, the Zhang Lab, led by Dr. Jing Zhang, MD, PhD, Professor of Pathology at UW Medicine, is aiming to be the first group to develop reliable, accurate, and reproducible blood biomarkers in the field for Alzheimer’s and Parkinson’s diseases. Their work shows what it takes to develop the kind of tools up to the task of early detection and precise diagnosis, on a massive scale.

How Do Blood Biomarkers Work?

Blood biomarkers work on the same principle as spinal fluid CSF biomarkers, the current “gold standard”. It’s all about patterns. For example, in people with Alzheimer's disease, amyloid levels in the CSF are low (reflecting low clearance of amyloid in the brain by the spinal fluid), but tau protein levels are high, compared to levels in people without Alzheimer's. As such, an increased ratio of tau : amyloid is a CSF biomarker for AD. These kinds of meaningful ratios also exist in the bloodstream.

“Researchers have long known the patterns of CSF biomarkers that characterize Alzheimer’s and Parkinson’s diseases,” says Dr. Zhang, who has worked on CSF biomarkers extensively. “If we can define these patterns in the blood, it would be so powerful because we could simply make diagnoses based on blood tests. People wouldn’t need to donate spinal fluid.”

Even though the field has become invested in blood biomarkers, there has been little successful replication of promising results. “The number one reason for this difficulty is that the proteins of interest in the blood don’t uniquely originate from the brain,” says Dr. Zhang. “Amyloid and tau proteins, for example, also come from organs besides the brain.” To use these blood based-measurements of pathology as useful biomarkers, researchers need to verify that the proteins in the blood actually came from the brain.

The Zhang Lab has found that exosomes may provide the solution to probing brain disease via blood. Exosomes are lipid vesicles that normally transport proteins, genetic information, or waste between cells in our body, and out of the brain. Researchers think that these biological parcels may help the aging brain get rid of toxic proteins. The Zhang Lab has confirmed that exosomes loaded with disease proteins can cross the blood brain barrier and be detected in the blood. Conveniently, exosomes have a biological postal code.

If an exosome comes from the brain, it carries a specific molecule, called L1CAM. This marker acts like a shipping label on the surface of the exosomes, representing its point of origin in the central nervous system. Dr. Zhang’s group realized that exosomes offer a powerful way to assess pathology in blood samples and link it directly to brain disease. 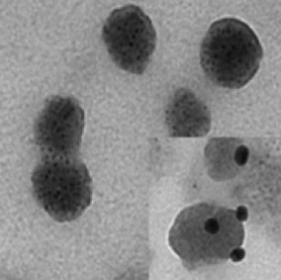 The team soon developed technology to pull out the L1CAM-labeled exosomes from human blood samples. With this uncontaminated source of exosomes, they can quantify the protein content using a method called immunoassay. Other research groups around the world now use and adapt this L1CAM technology for blood biomarker research and development.

These blood-based exosomes have yielded valuable insight into human brain conditions. In a 2014 study, the Zhang Lab and UW collaborators analyzed blood samples from 267 people with Parkinson’s disease and 215 people without the condition, drawing on a cohort from the UW ADRC and Udall Centers. They observed that the blood-based exosome measures of α-synuclein protein were significantly higher in patients with Parkinson’s than in controls. Later, they found different patterns in the levels of tau protein in exosome samples from Parkinson’s and Alzheimer’s patients. These are the kind of data needed for measurements to become biomarkers.

Since then, the UW team has linked measures from blood-based exosomes to clinical disease manifestations. In 2018, they reported in the Neurobiology of Disease that changes in the blood biomarkers of α-synuclein were associated with the progression of cognitive impairment in people with early-stage Parkinson’s disease. A way to track a person’s rate of decline with a blood test would be helpful, for example, in quickly assessing the effect of an experimental treatment over time.

"I think Dr. Zhang is definitely on the right track," says Dr. Colin Masters, MD, Professor of Dementia Research at the Florey Institute, The University of Melbourne, who was not involved in this work. "Further work is needed to refine the assay and see if its performance can be enhanced. This is an area where there is a great need for a useful plasma [blood] assay."

Blood biomarkers allow researchers to address the biological heterogeneity of Alzheimer’s and related diseases. More often than not, cases of clinically diagnosed “Alzheimer’s disease” involve amyloid and tau proteins but also show some mix of other pathologies, such as α-synuclein or TDP-43, vascular injury, and inflammation. The implication is that for precise diagnosis and appropriate treatment, people will need to be screened for a combination of biomarkers that reflect the different mechanisms driving the disease progression.

Parkinson's disease protein (α-synuclein) in brain tissue under the microscope

“Our hope is that with a whole panel of blood-based exosome biomarkers for multiple pathologies, we can differentiate between sub-groups of people in research studies,” says Dr. Zhang. “And eventually, we will track disease progression and treatment effects in clinical trials, the goal of precision medicine.”

The next step is validation. The Zhang Lab is now verifying that the blood-based exosome biomarkers for amyloid, tau, and α-synuclein proteins perform just as well as the CSF biomarkers. The new tests need to be equivalent in diagnostic accuracy if they are to replace the field’s gold standard. To do so, the team is working to repeat their successful biomarker results in a new cohort of people in China. As for the ultimate goal, the routine use of blood biomarkers in the doctor’s office will require further replication studies and FDA approval.

The future availability of blood biomarkers will raise unanswered questions, such as what the knowledge of being biomarker-positive for Alzheimer’s or Parkinson’s will mean for healthy adults, considering existing stigma about dementia. Nonetheless, researchers, pharma executives, and now philanthropists see the approach as possibly the best way to prevent Alzheimer’s disease and lower health care costs. This awareness could encourage people to engage in lifestyle interventions known to lower risk, enroll in research, help plan for the future, or take advantage of emerging pharmaceuticals as soon as possible. It’s a world worth imagining.

Read the NIA ADEAR Center's Biomarkers for Dementia Detection and Research, available in print and online. This 8-page fact sheet summarizes types of biomarkers and tests, what they are, and how they are used. It's the perfect source of information for clinical research volunteers and potential participants.